The LupyLED has been a long time coming and finally, this ambitious light has made its debut in North America. Last weekend at the Aquatic Experience in Chicago, LupyLED demoed their vision for LED lighting in the aquarium world, to the delight of all attendees.

The first time we saw full color controllability in an aquarium light, with the Mame Bean LED light, we knew that color control would be the future of aquarium lighting. Now any basic LED light can offer multiple channels of control with a wide color spectrum to fine tune.

The LupyLED is giving us that feeling again with TheOne LED light. Of course for now the radical industrial design and luxury price tag puts this light out of reach for most reefers. But it doesn’t take a crystal ball to see that this kind of granular control of the intensity and color of different zones in our aquarium is likely to be one path for the future of aquarium lighting. 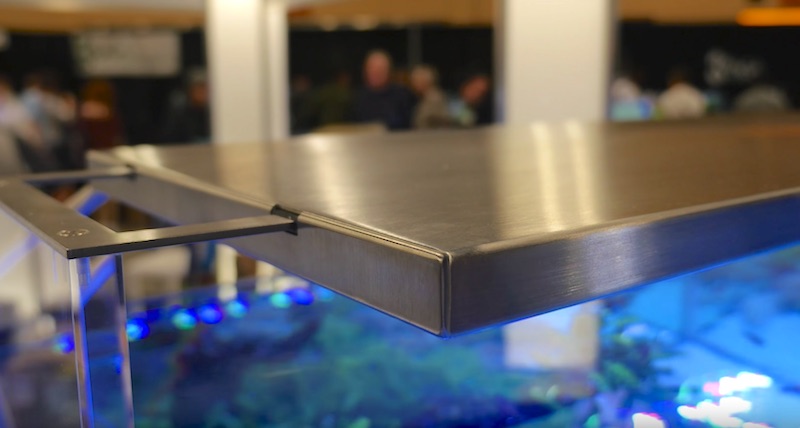 It’s one thing to be able to finely adjust every single diode with what LupyLED calls painting with light. But it’s another thing altogether to be able to do it quickly and on the fly through the fantastic graphical user interface of the LupyLED smartphone Application.

We’ve already seen TheOne from LupyLED looking ever so luscious over a myriad of planted tanks but the only evidence missing for us to completely fall in love with the LupyLED is seeing it over live corals. With LupyLED now shipping to their official distributor, Aquarium Design Group, it’s only a matter of time until TheOne makes its way to a nice, colorful tank of corals, and we can’t wait to see it.

ProShot Case Turns Your iPhone Into A Powerful Action Camera