This species was first described in 1855 by Bleeker. It also has a broad range from Ryukus Islands in the north to the Great Barrier Reef in the south. The southeastern edge of Thailand to Somoa in the east. We were lucky to photograph these on a dive last April on Flynn Reef in Australia with their host anemone. 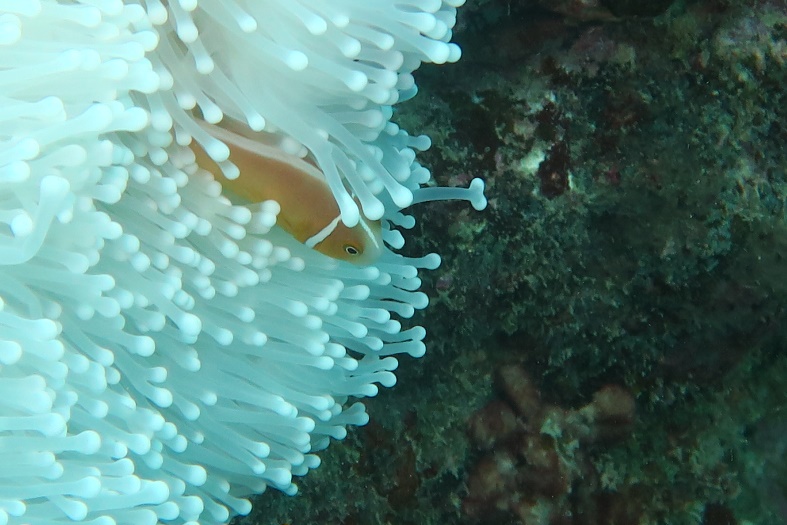 The other three species are similar in shape and appearance minus the dorsal stripe. The Pink Skunk Clownfish also has a postorbital stripe, which is absent on the Orange Skunk Clownfish.

The species is considered hardy with certain exceptions, they have a record of poor shipping and have sensitivities to swift water perimeter changes. In a well-maintained aquarium with stable water conditions, the Pink Skunk Clownfish has the ability to thrive and even reproduce.

A social species, they can be kept in pairs or even small groups. These groups consist of a breeding pair and sub adults sharing one host anemone. The sub adults usually inhabiting the edges of the anemone. They are dependent on the anemone for defense and shelter due to their size and shy nature. 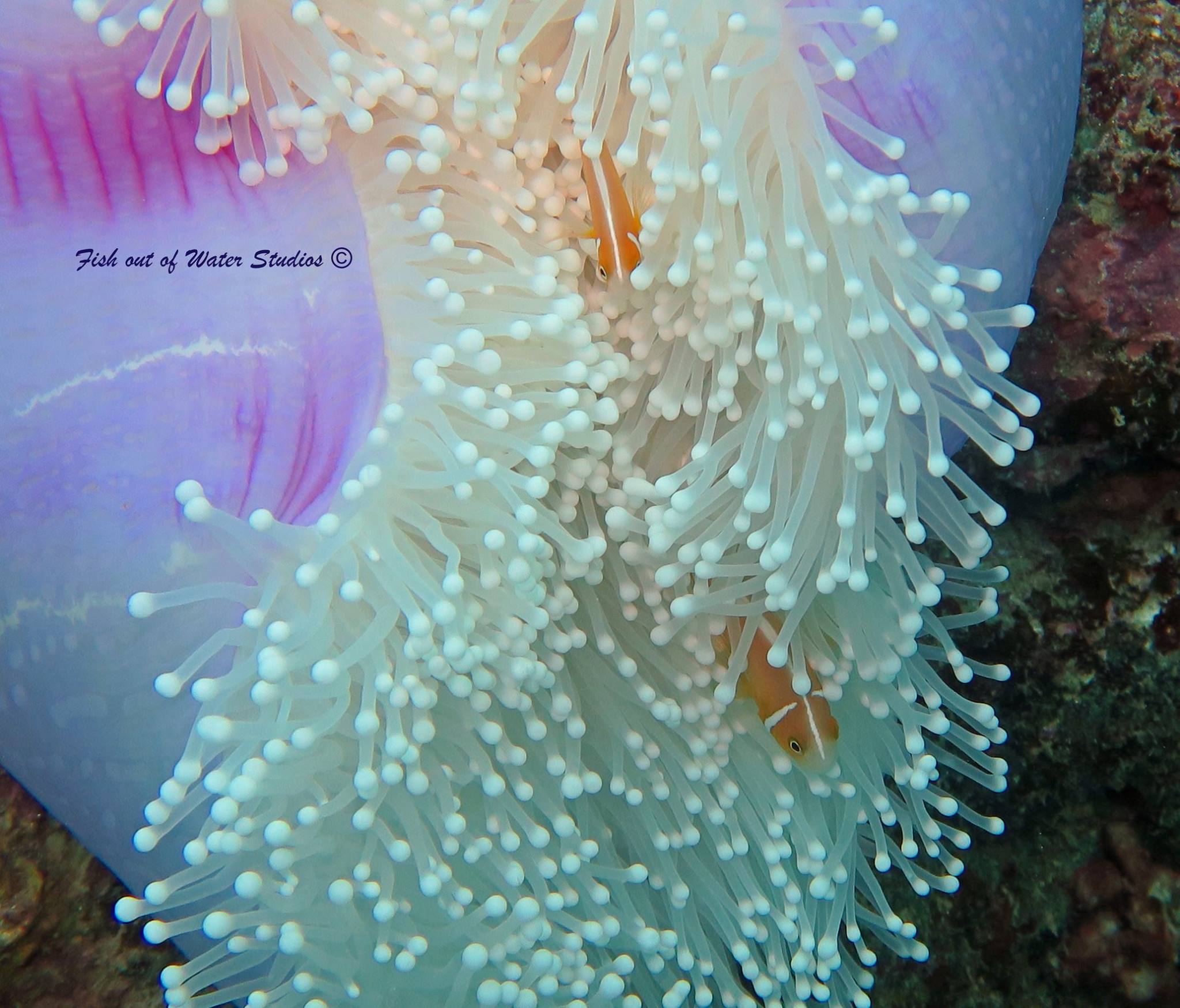 The species is smaller in body size than most other clownfish species reaching a maximum of four inches (20 cm) in length. What they lack in size they do make up for in sound. The Pink Skunk Clownfish “sing” using their teeth, and jaw pops to amplify sound for attack and defense. This ranks them in the top three loudest out of all twenty-nine species of clownfish. The males tend to have pink or orange on both tail and dorsal fin and females show up with more white fins.

The Pink Skunk Clownfish would do very well in an established peaceful reef with good water quality and especially with a host anemone available. They are a tropical species with temperature range of 74 to 82 degrees Fahrenheit and can tolerate a pH range between 7.8 to 8.4.

An omnivore they will feed on algae, amphipods, larvae, and even small crustaceans. They will accept flake and any small meaty foods, usually a variety of Mysis and brine shrimp in the home aquarium.

The Pink Skunk Clownfish deserves consideration for display in an established aquarium. These little-forgotten misfits can make as much of an impact in a home aquarium as any designer clownfish out there.

5 Reasons You Should Try Scuba Diving