Mycetophyllia is a group of fleshy corals found in the Caribbean. They are part of the Mussidae family and there are five distinct species. Mycetophyllia aliciae is one of the most common Mycetophyllia species and is easy to distinguish with white bands around the perimeter of the colony and white marking surrounding each polyp.
This coral is often found on deeper reefs as the soft fleshy tissue is more sensitive to light. Although this coral is soft to the touch it is a stony coral and builds a calcium carbonate skeleton which forms plates. 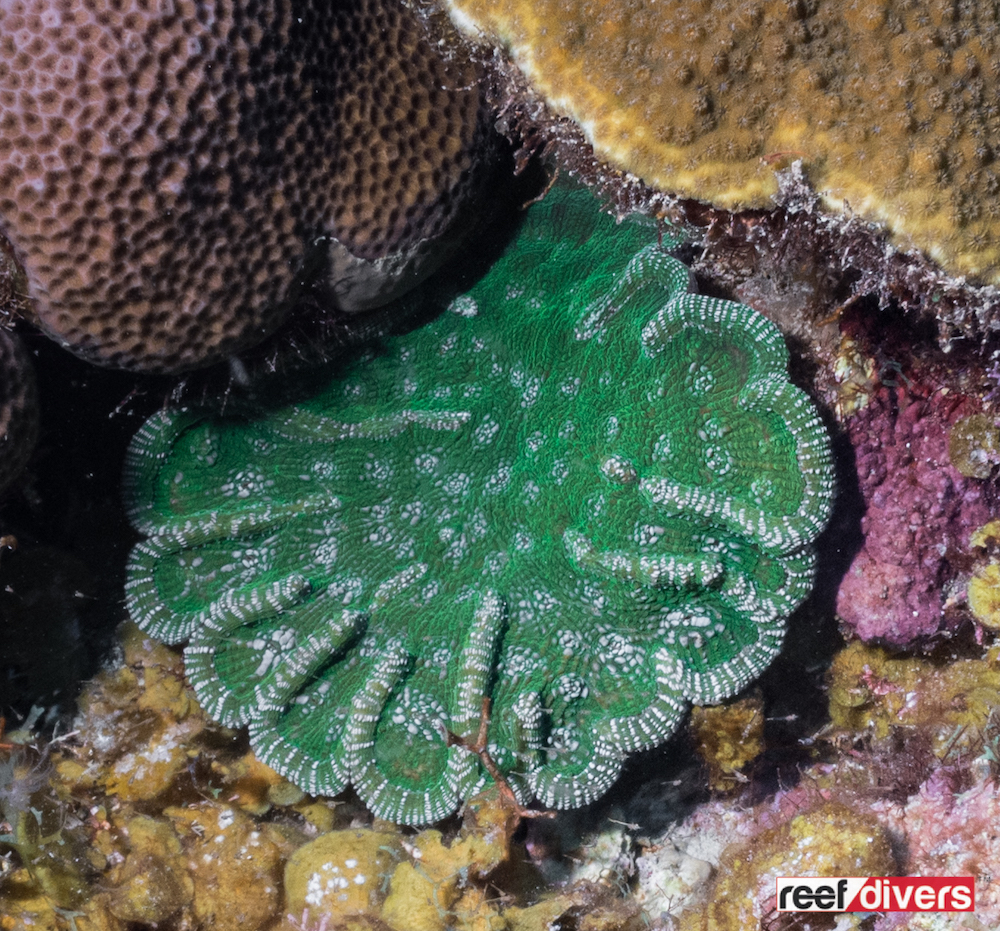 KNOBBY CACTUS CORAL
The common name for Mycetophyllia is cactus coral and M. aliciae is known as the Knobby Cactus Coral as broken ridges resemble tiny knobby cactus. The other four species of Mycetophyllia are M. danaana, M. ferox, M. lamarckiana and M. reesi.
M. aliciae has short ridges which often do not connect in the center of the colony. At times the ridges can be present in the center of the colony, especially is older larger colonies. And for these older colonies, it is common for these ridges to be broken.