Mycetophyllia ferox has to be on the top of my list when it comes to Caribbean corals. This plating coral can be found tucked into caves or on the side of rocks, and I just love seeing those pretty pink mouths underwater.
I’m not sure what it is about this coral but I always get excited to see a nice colony of M. ferox. Perhaps I like it so much because it was one of the first species of coral I learned to identify. 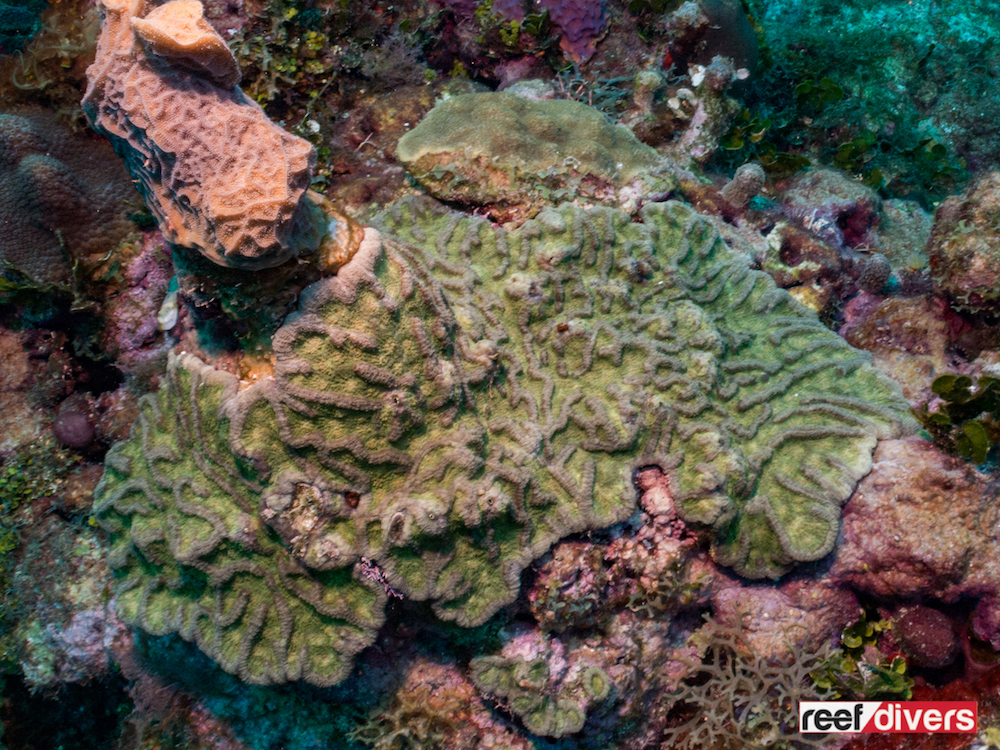 This coral is easy to spot underwater particularly when you dive deeper than 10m (30 feet). Mycetophyllia ferox forms thin plates with narrow valleys and short ridges that often connect around polyp mouths. M. ferox is the only species of Mycetophyllia which has ridges that close around the polyps.

Mycetophyllia ferox is commonly known as the Rough Cactus Coral and can be found in gray, brown with pink mouths or gray, green with slightly yellow mouths. The surface of the coral can appear to have a rough texture, especially around the polyps.
This coral typically has one row of polyps between ridges although more polyps can be present between ridges near the edges of the colony. There are five species of Mycetophyllia in the Caribbean, the other four species are M. aliciae, M. danaana, M. lamarckiana and M. reesi. 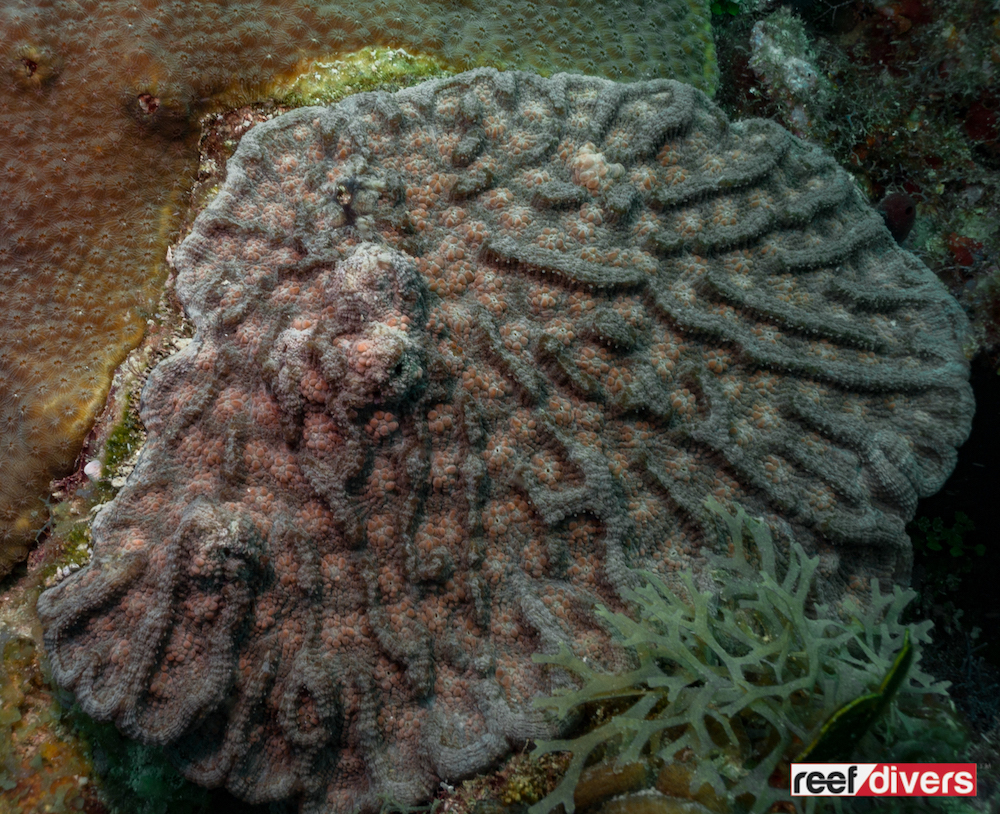