Meet The Biki Robot, a Webcam That Swims In The Water!

Biki is a very interesting new kind of robot with a multitude of functions. If you think having a webcam aimed at your reef tank is cool, how dope would it be to have the webcam inside your aquarium?

The Biki underwater robot from Robosea can do just that, even if it is currently a little bit large for the average home aquarium. But at the rate that electronics and engineering is progressing, it’s only a matter of time until we get a bonafide device like this specifically for aquariums. 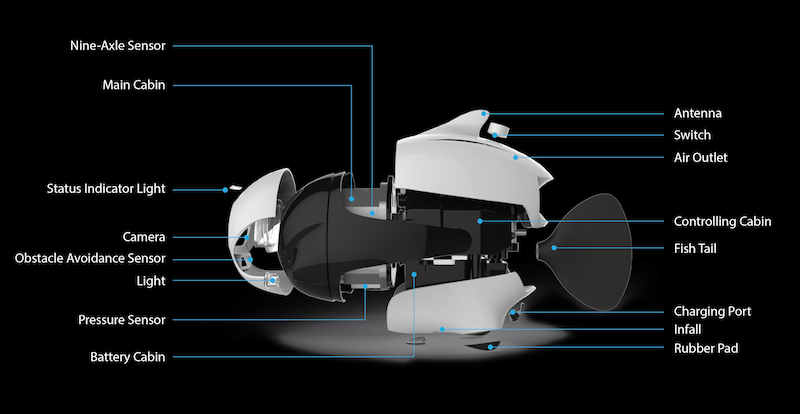 At the moment the Biki robot is fully waterproof, and is rated for nearly 200 feet of depth. Its onboard 4K camera can capture pictures and video. However one of the limitations to using the Biki water-bot outside of a pool is its top speed of just over one mile per hour, which it achieves with a fishtail motion to swim similarly to real fleshy fish.

At resent Robosea is pitching Biki as a sort of underwater drone to capture hands free footage of beautiful people playing in pools. But it’s no stretch of the imagination to picture this concept being much smaller in a few years.

Heck, you may even be able to purchase robots that looks just like peppermint angelfish or yellow tangs in both color and shape. One only need to look at the evolution of drones and smartphones to know that autonomous underwater webcams are not a matter of if, but a question of when they’ll be widely available to consumers. [ItIWant]