If you’ve been diving in the Caribbean chances are you come across Mycetophyllia danaana. This coral forms round plates with a mounded form, thicker in the center of the colony tapering to a narrow perimeter. Mycetophyllia danaana is the chunkiest of the Mycetophyllia species.
It can be challenging to differentiate between all five species of Mycetophyllia. While some will have a clear distinction others straddle the line between two species. We went back and forth on a few of these photos while trying to narrow down what sets them apart. 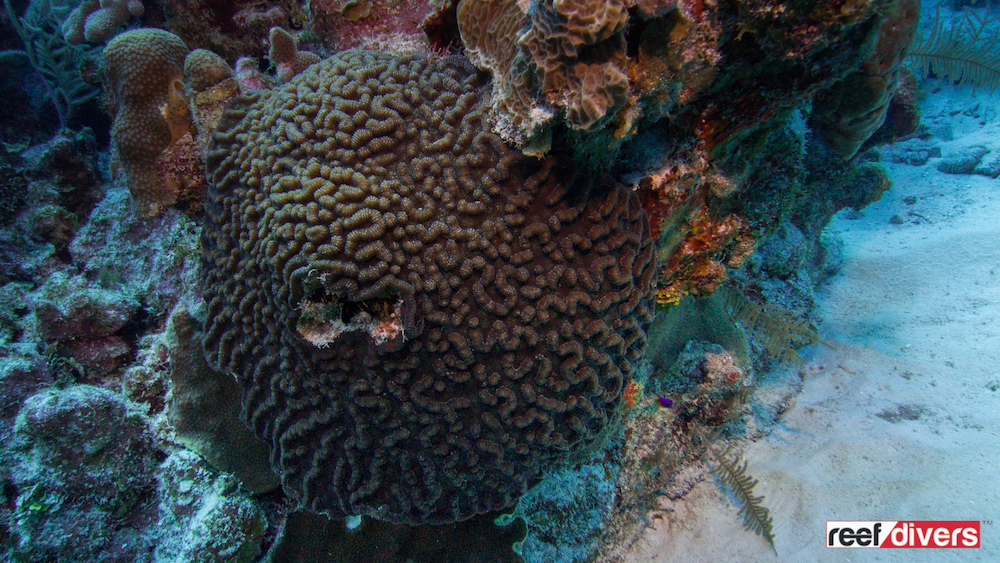 The ridges and valleys of Mycetophyllia danaana can be connected across the coral forming deep sinuous valleys. While other times the ridges break apart forming little nodes called monticules.These monticules can appear to have a skirt of tentacles similar to Hydnophora corals.
The valleys of this coral all radiate from a central point of growth as the coral expands. These corals grow by adding skeleton around the rim of the coral and growing outward to form a mound or disk share. Inside the valleys is a single row of polyps and it is rare but not impossible to have two rows of polyps between ridges. 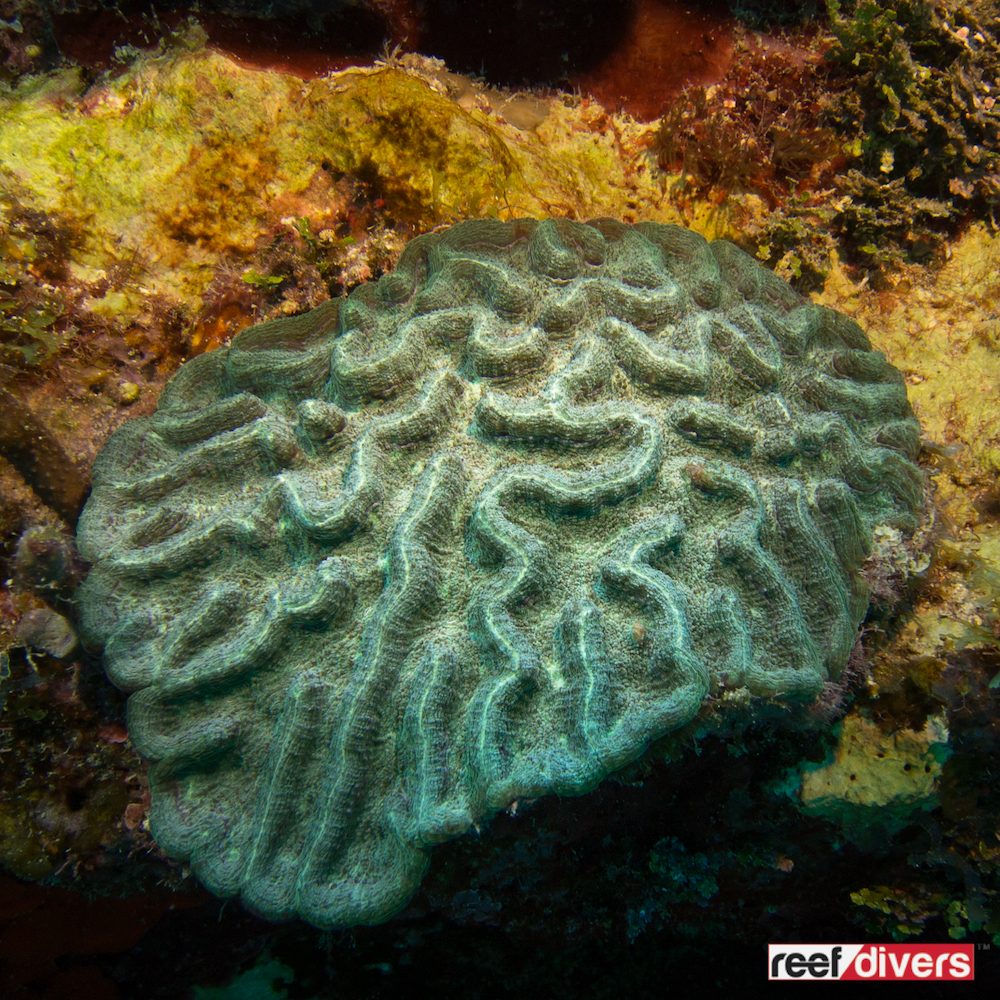 The common name for Mycetophyllia is cactus coral, and M. danaana is known as the Low-Ridge Cactus Coral. The other four species of Mycetophyllia are M. aliciae, M. ferox, M. lamarckiana and M. reesi.
The texture of M. danaana is somewhat rough as the coral tissues follow the pattern of the rigid calcium carbonate skeleton below. This coral is found in a variety of colors from gray, pink, or green with valleys of a different color. 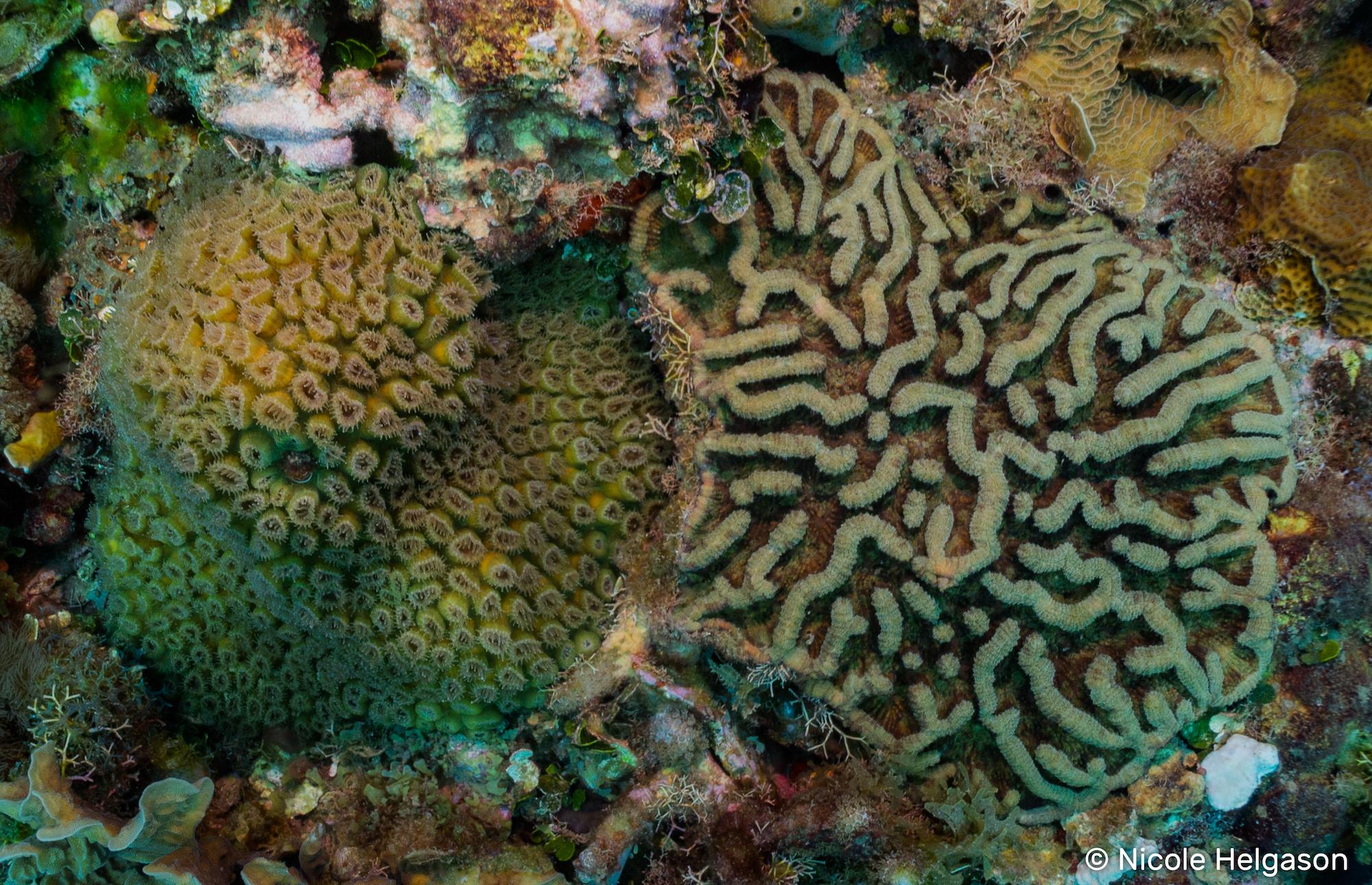