I always say this when a new species of TRUE stony coral is described, these are rare and few between. We only see a few new Scleractinia described every year, and it looks like Cyphastrea magna will be the second species, and the second Cyphastrea described this year. 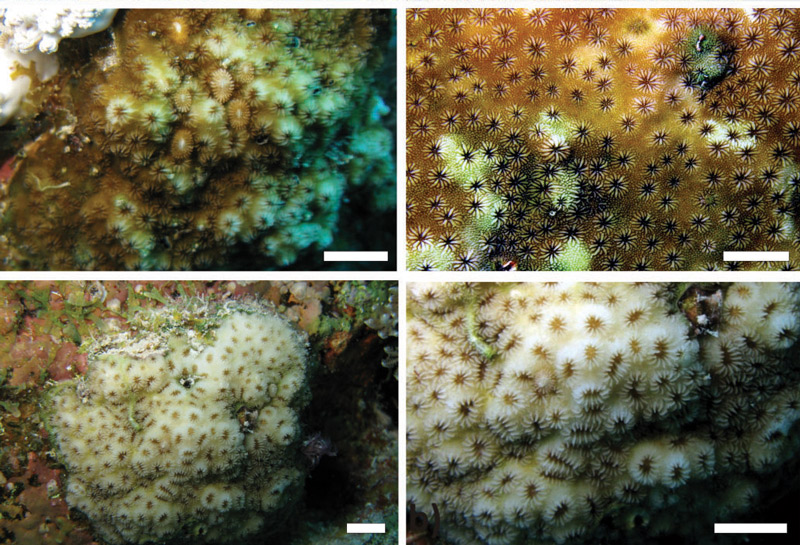 The newly described Cyphastrea magna was discovered from the northern and central Red Sea and was compared with five other species living in close proximity and similar habitats. C. magna is easy to distinguish from other species in this genus by having the largest corallites of any Cyphastrea.

Indeed when we first saw these pictures it seemed to resemble a small corallite Goniastrea than a strongly encrusting Cyphastrea. Although only known for certain to live in the Red Sea, it’s very possible that this coral or other undescribed species like it might also be found living in the Indo-Pacific Oceans. [Bioone]

The Frag Fuge Reef Sump Is A Proper Coral Nursery

Decorator Crabs Are The Masters of Camouflage!

May 11, 2017
Site Sponsors
Reef Builders is Supported by: