Tela Strikes Back With Another Epic Day Of Diving

We set out at 9 am for our second day of diving in Tela Honduras. You might want to check out our first article to find out why Tela has me on cloud nine! The sea was calm and visibility 40+ feet (12+ meters), conditions which aren’t common for this bay. Already we knew the day was going to be epic.

The reef in Tela Bay starts around 3.5 miles (6km) offshore, a twenty-minute boat ride with the days perfect conditions. The reef runs east to west the length of the bay 23 miles (38km), and located on the western most point is a thriving Elkhorn Reef, over 1200 colonies strong.

Parallel to the shore coral ridges run like fingers leading to the deep. Head north and the reef drops off, down 400m. The ridges start around 33-40 feet (10-12m) deep and between the ridges, are shallow, rocky or sandy valleys around (45-55 feet (14-17m) deep.

The top of the ridges are completely covered in Agaricia tenuafolia coral and along the inside of the fingers and tucked between the Agaricia foliage are patches of corals competing for reef space. 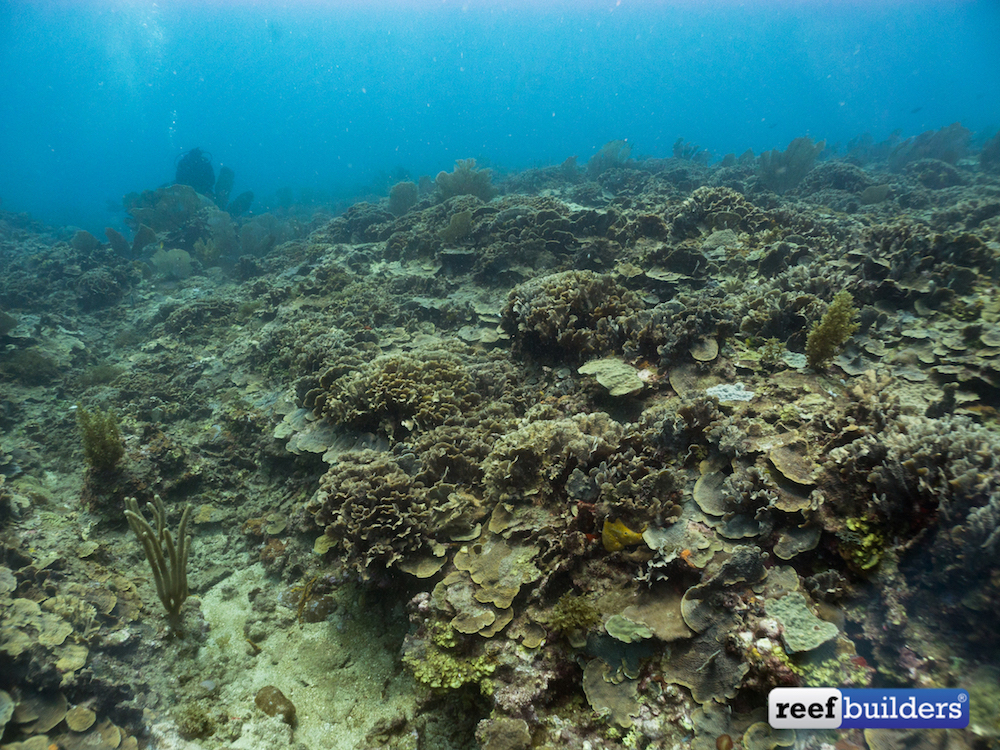 Today we noticed how large some of these colonies are, and really how aggressive the Agaricia corals can be. I took a breathe and backed away from the reef, hovering 6 feet (2 m) above the coral. From here you can really get a perspective where one colony starts and another one ends.

I started to notice a patchwork of species fighting back Agaricia, adopting a strength in numbers tactic. At first the reef is overwhelming and it appear just to be thin delicate plates, and blades but as you look closer you find large clusters of Porites, Orbicella and Madrasis fighting back. 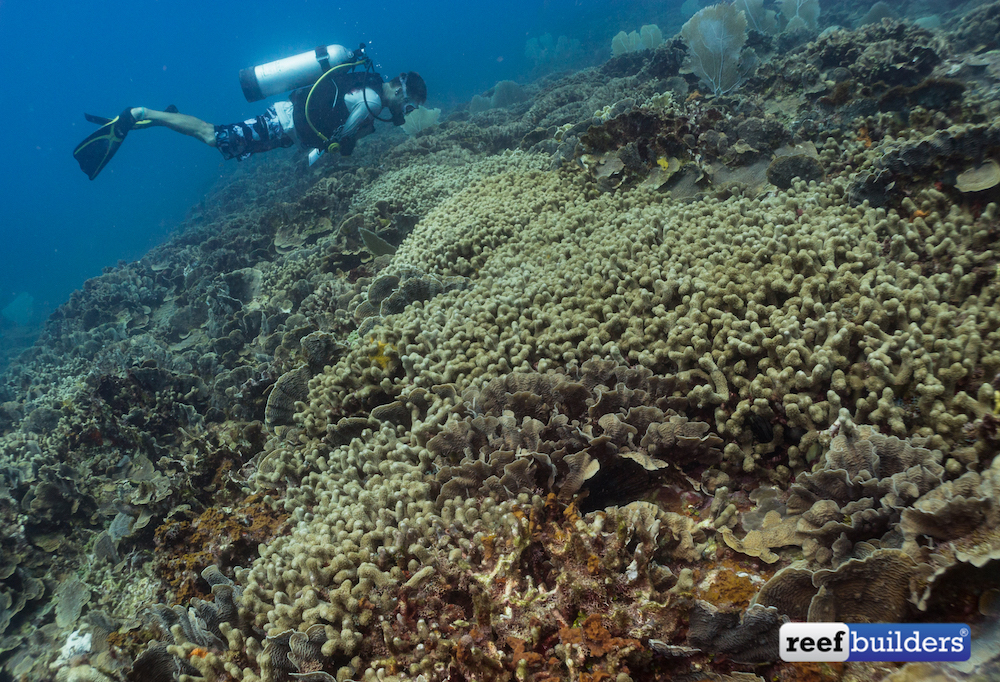 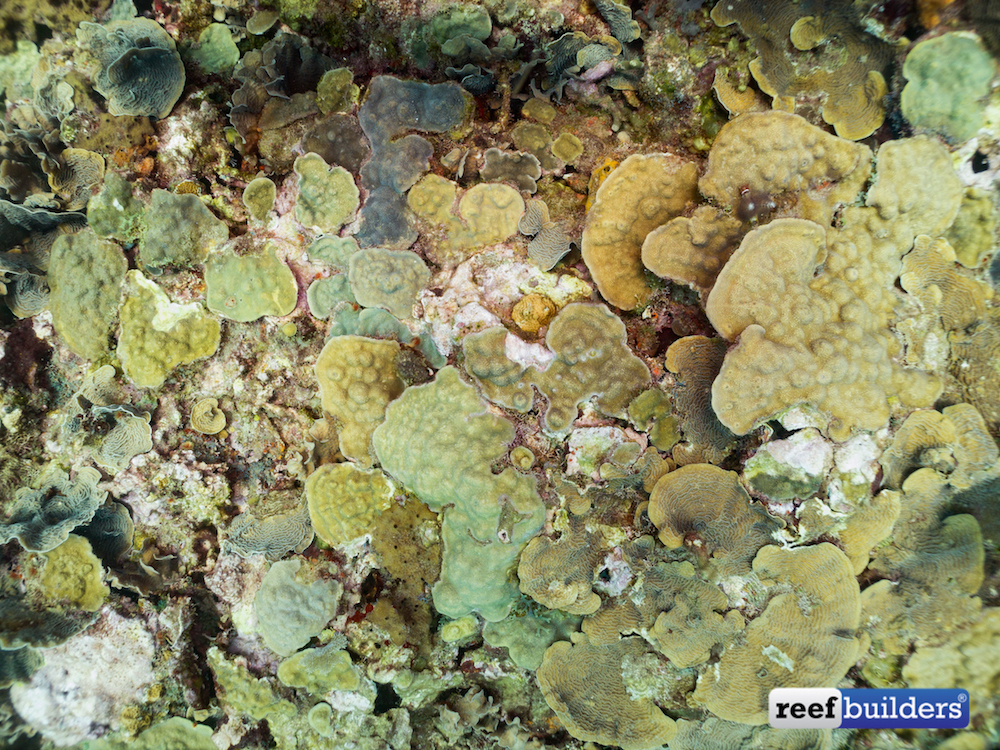 It hard not to feel like you’ve just jumped off a pirate ship into a time warp when diving in Tela. One of the most impressive corals we saw, (which deserve and will have it’s own post) was an enormous Orbicella faveolata. I’m just going to go ahead and say this may be one of the oldest colony in the Caribbean, one researcher has estimated the coral would have been here before columbus if not double.

I’m just going to go ahead and say this may be one of the oldest colony in the Caribbean, one researcher has estimated the coral would have been here before Columbus if not double.

There are still questions to be answered about what processes are contributing to the sheer mass of coral coverage here, but one of them may be the abundance of Diadema sea urchins. There are approximately 2-4 sea urchins per square meter in Tela, the highest rate in the Caribbean.

Urchins graze on algae and any leafy greens which pop up on a coral are quickly devoured by the ravenous echinoderm. But why Tela has so many urchins is still a pressing question. In 1983 the Panama Canal opened the flood gates connecting the Pacific to the Atlantic and the Caribbean Sea. 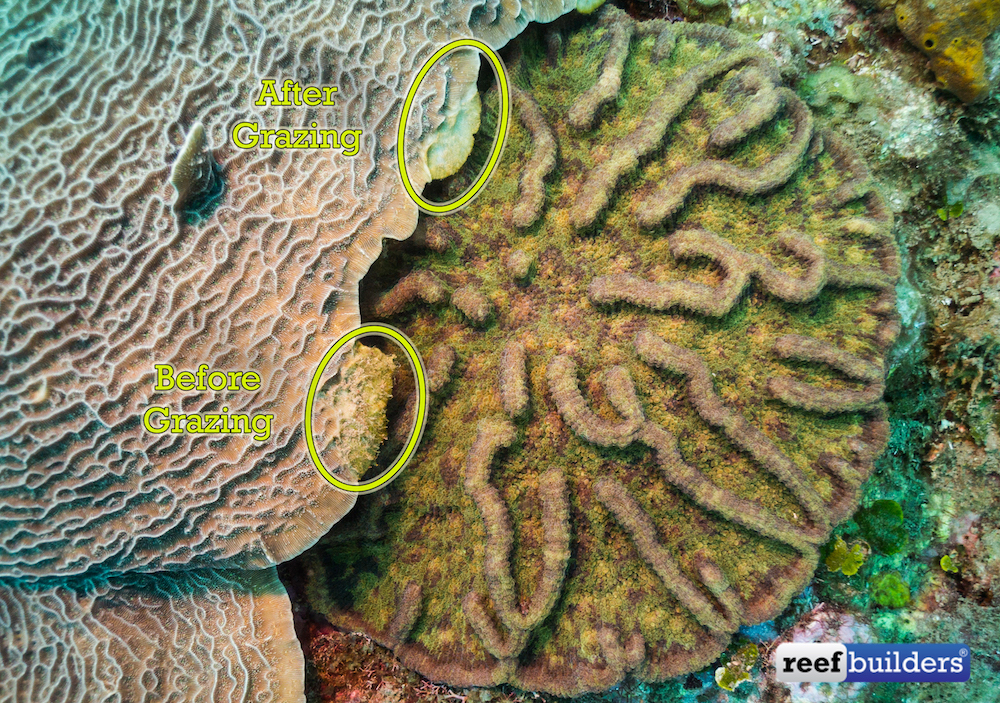 What followed was the biggest mass mortality of a species in modern history. 99.8% of Diadema succumb to a mysterious disease and died within months of the channel being opened. Are the Diadema population in Tela the miracle .1% or have their numbers rebounded here quicker than anywhere else in the Caribbean?

There are still plenty of stories to come from Tela as we continue to explore the reef and unravel the secrets of this rare time capsule. Until then enjoy some photos, diving in Tela. 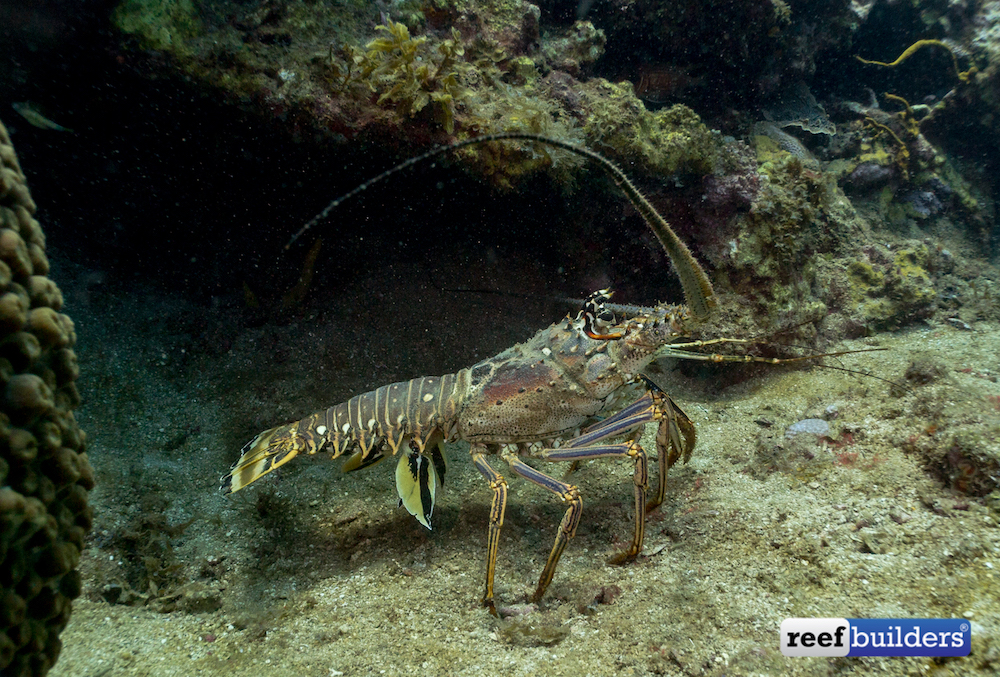 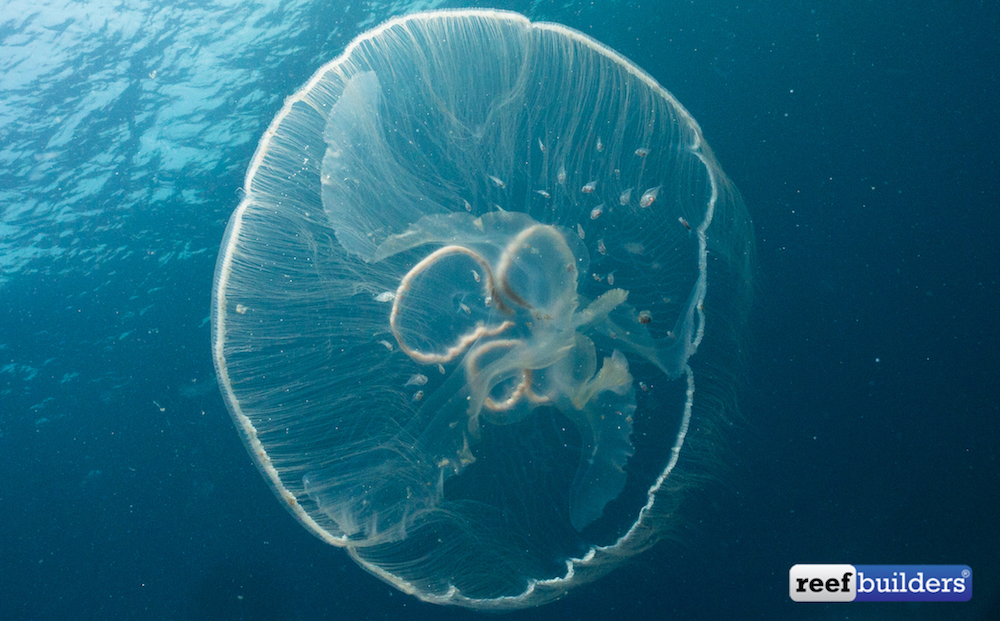 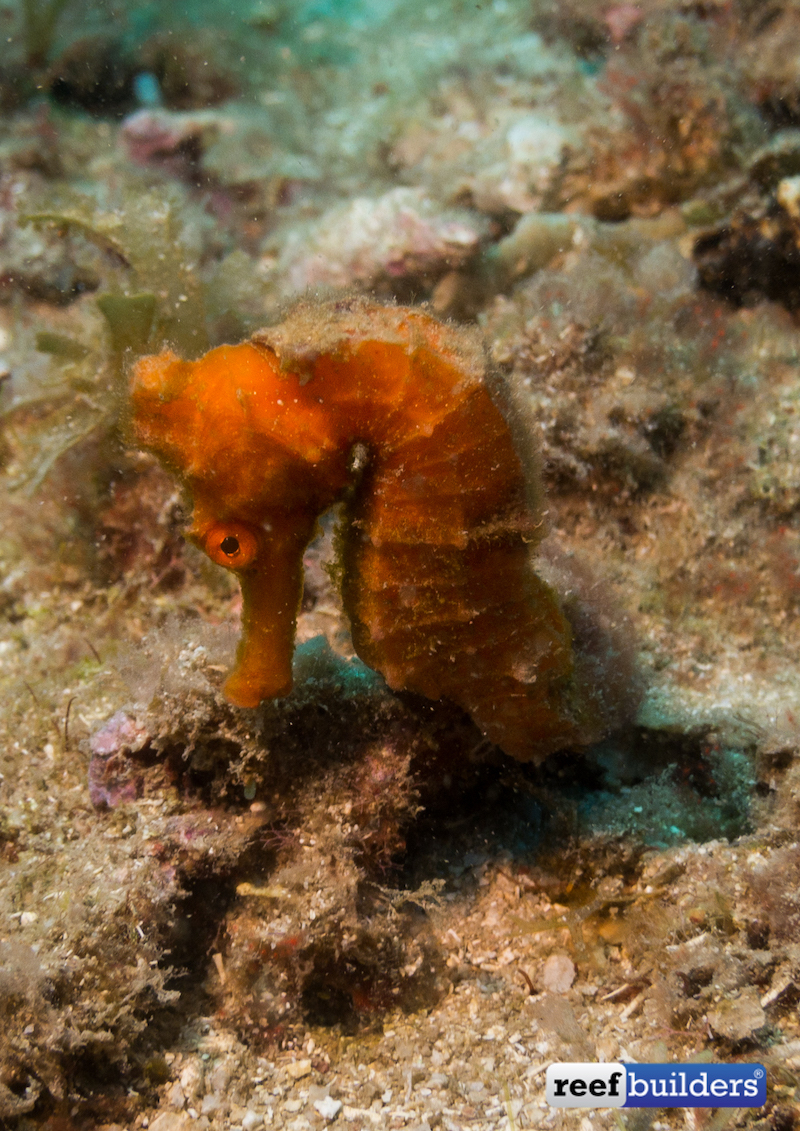 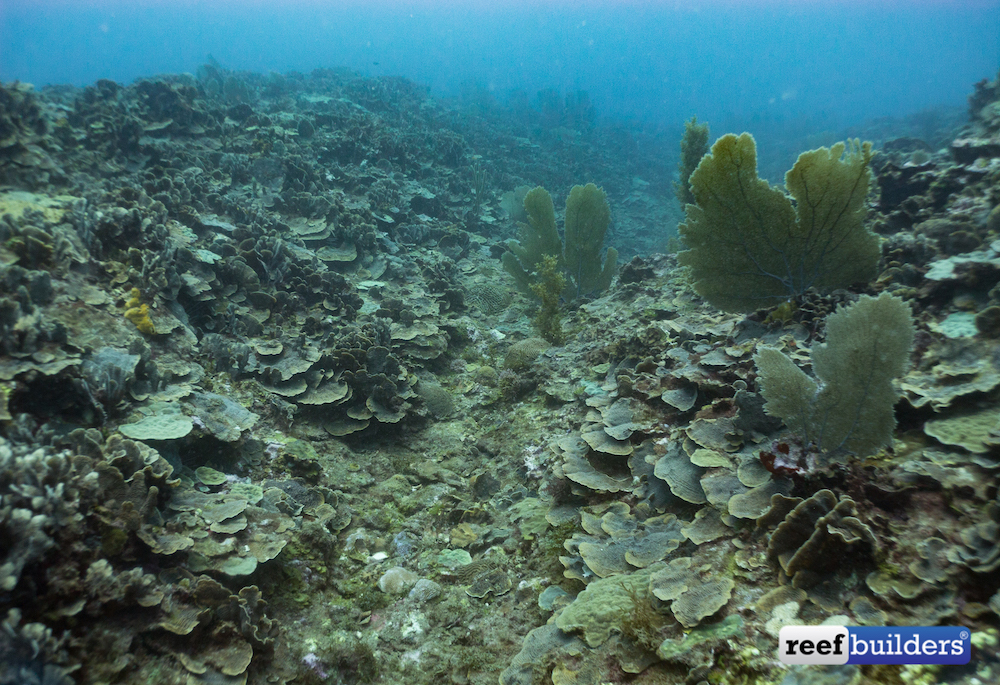 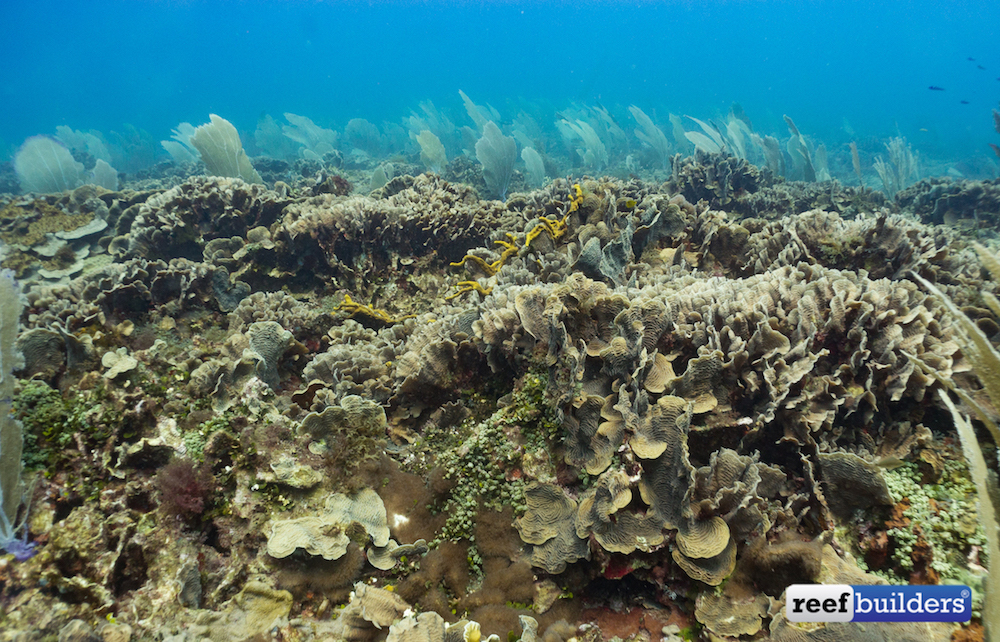 Dial In Your Reef Chemistry with the Elos Coral Color Set

May 27, 2017
Site Sponsors
Reef Builders is Supported by: