Sometimes a fish comes along that just makes you stop and stare for hours on end. The Sargassum Frogfish (Histrio histrio) definitely falls into that category. We were lucky to spent time with a pair of this rare frogfish living in a 65 gallon aquarium at the Tela Marine Research Center in Tela, Honduras.

The pair was first spotted in the wild clinging to a blade of Sargassum seaweed tumbling along the shores of Punta Sal, a small point of land at the far west end of Tela Bay. Quentin, a conservation intern at Tela who is responsible for the aquarium collected them to become ambassadors for the Tela Marine Aquarium. 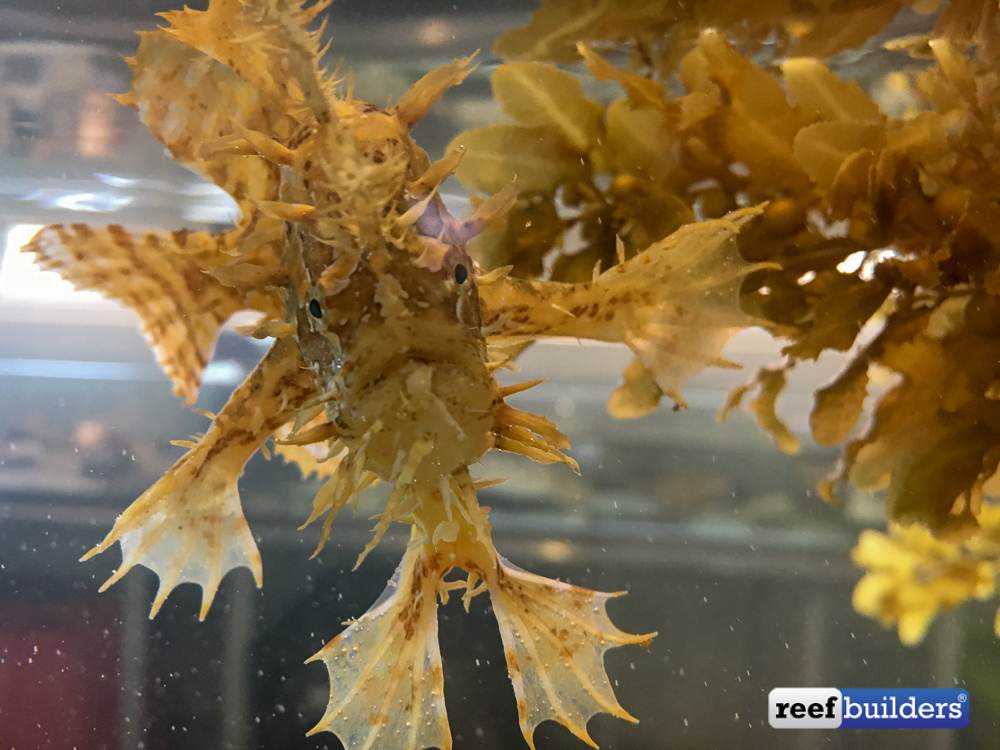 These fish are quite unique in the fact they live their entire life floating in Sargassum mats. They live perfectly camouflaged and ambush tiny fish or shrimps which also come to find shelter under the raft. They can also unfold a lure on the top of their head to attract prey.

When keeping the Sargassum frogfish in an aquarium it is important not to overfeed. In the wild, they will gorge themselves when a school of fish passed by and may wait weeks between feeding. In the aquarium, they and can either be found walking along the bottom with splayed fins or clinging to the Sargassum. We replace the Sargassum several times per week.

The pair immediately became the main attraction at the small Tela aquarium, in fact, it is the first aquarium open to the public in Honduras. It is enough to see the faces of the visitors in front of the pair named Jack & Cousteau, to understand the importance of bringing a piece of the ocean in front the eyes of a people who may not have the chance to see again that kind specimen.

Every day we are captivated by these fish.

Jack the lighter of the two has a very adventurous personality and prefers to explore the rocks when he is not swimming or eating. Cousteau has a darker color and more of a homebody, he never leaves the Sargassum on the surface and can even be fed by hand, head outside the water.

At times it even appears that Cousteau inflates a sac on his forehead so he can stay more easily at the surface of the tank. Both fish can change its camouflage in a few minutes, but it is usually yellow more or less spotted brown and white.

Like its distant cousins the lions, scorpions or stones fish, this frogfish inhales the water that separates it from its prey swallowing their prey whole. Then he expels the water through his operculum located below its two pectoral fins.

The Sargassum frogfish can move very slowly by closing its little fingers in each hand around the stems of the seaweed and slowly moving along. But it can also swim very quickly thanks to its wide tail and feathery dorsal fin that it agitates to pass from one float to the other.

When the frogfish is lucky to come across a partner he places his fertilized eggs in a gelatin and hangs them in the floating Sargassum. When he meets a rival he opens his mouth wide to impress his opponent and if that is not enough he does not hesitate to bite him with his small teeth until it does flee.

The Sargassum frogfish can measure 20cm when it has reached its adult size but we do not know the life expectancy of this species. While waiting to return one day to the ocean in a huge raft of Sargassum we will marvel at the secrets of their species while Jack & Cousteau continue to inspire guests at Tela Marine Aquarium. 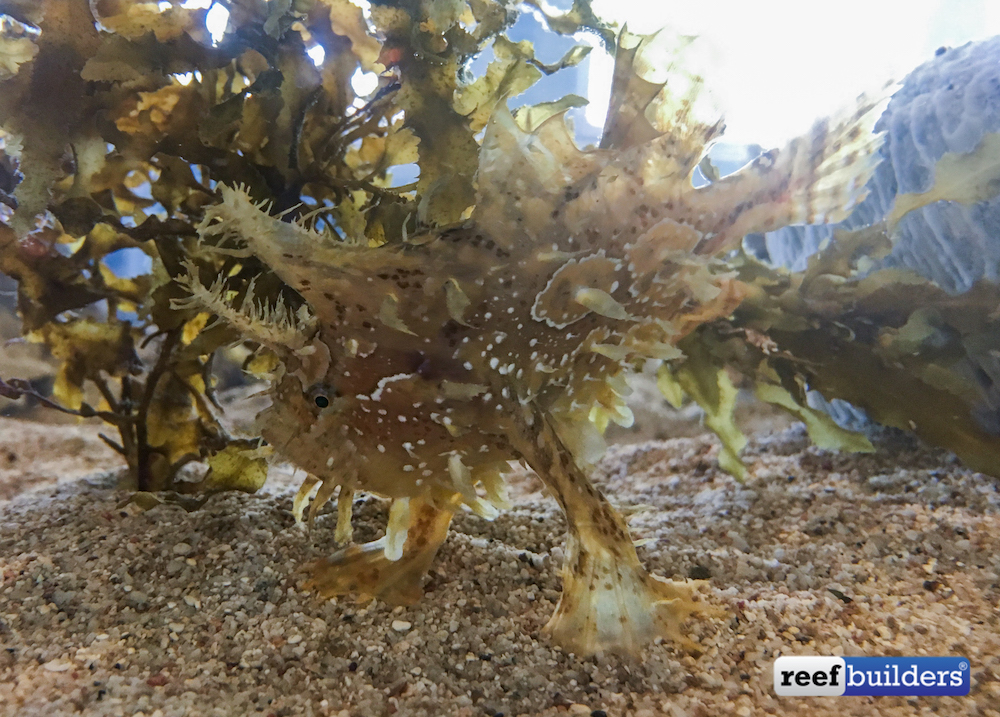 The Aquarium Hobby Is Under Attack in Hawaii!!

Dial In Your Protein Skimmer With An Airflow Meter!