Distichopora is such a beautiful animal, it’s a pity that we still haven’t cracked its captive care in home aquariums. Whether that’s due to this ‘coral’ not being a coral at all, or the fact that it’s non-photosynthetic probably has something to do with it.

Although the seem very coral-like, Distichopora belong to a completely different order of the animal tree, the Hydrozoans which includes hydroids and the more familiar Millipora fire corals. However unlike the photosynthetic and fast-growing fire corals, Distichopora has a near zero survival rate in captivity. 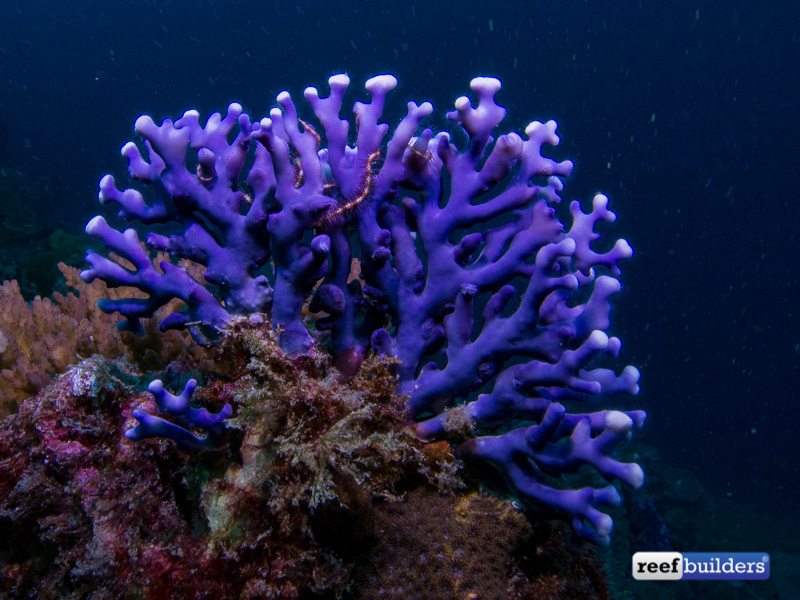 Distichopora and Stylaster ‘Lace Corals’ are sometimes encountered in aquarium stores – but if the staff is willing to sell it to you, it’s a sure fire sign that you might want to find a new place to shop. The reason being that, as far as we know, no one has been able to keep these corals alive, even though the skeleton retains its color long after the zooids have gone (zooids are the hydrozoan equivalent of polyps). 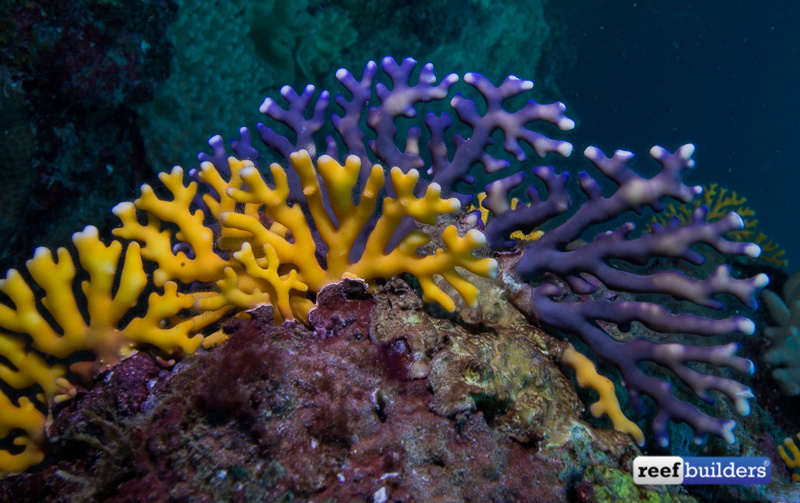 It’s a shame we don’t know how to grow them because Distichopora occurs in some truly beautiful colors, a large sampling of which we got to see on recent dives in Papua New Guinea. In certain parts of the reef the Distichopora was the dominant reef animal, in some places even crowding out the Acros in shallow water!

On this particular reef there were countless Distichopora in a rainbow of colors, ranging from blue to yellow, some with a light mauve color that only became purple towards the tips.

As common as Distichopora was on this particular reef, it really made me want to try and figure out what makes these corals tick and grow, because they would be stunning animals in the aquarium. We’ve already figured out the whole chemistry needs of real stony corals and other invertebrates, so if we could just figure out what lace corals eat, we’d be able to take Distichopora out of the category of Unseen Corals. 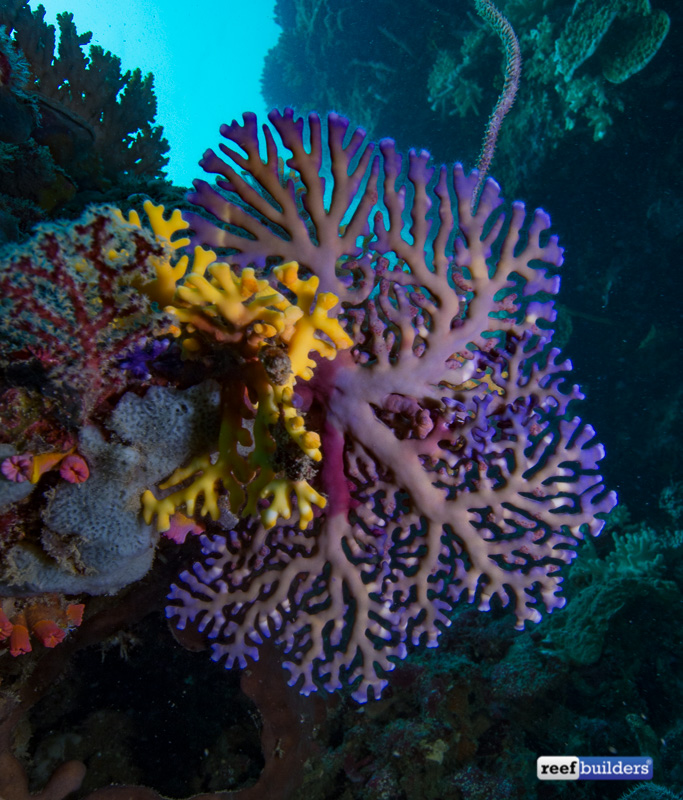