A wild new shroom morph has been collected with a very interesting pattern and from a very unexpected location. If this frilly Rhodactis was part of an import from the Indo-Pacific it would be a very nice polyp, and those neon green vessicles would definitely have potential to ‘Bounce Up’ in an aquarium environment.

But what makes this proto-bounce Rhodactis special is that it was actually collected in Panama, in Caribbean waters making it more closely related to our beloved St. Thomas mushrooms, “Discosoma sanctithomae” (now Rhodactis osculifera). At over four inches in diameter, you know that this is one bounce morph that has potential to get much bigger, and those vessicles already look like they’ll be highlighter fluorescent green under actinic lighting. 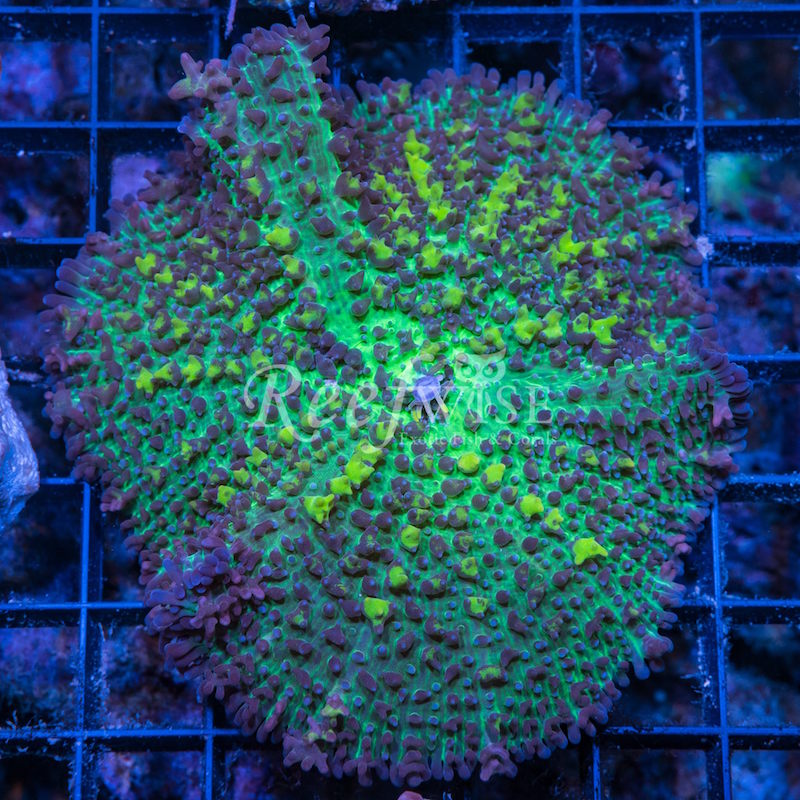 The appearance of St. Thomas shrooms is so highly variable, with colors that are all over the place, and a wide ranging appearance of its vessicles. They can be either very bubbly, or sometimes very branchy, with the Panama Bounce showing some variation of both, but we have to believe that at some point the St. Thomas shroom diverges into a new population of mushroom anems, and therefore a new species.

Considering that this was the only polyp collected, it’s from Panama, and it’s already quite a looker, the $498 price ReefWise is asking is probably very conservative, especially if those vessicles develop like their Indo-Pacific counterparts. With more attention being placed on new inverts from Panama and Belize, and some wicked true coral reefs in Honduras, it’s about time we started noticing the tropical reefs much closer to mainland America, and we can’t wait to see what novelties will turn up next from the Caribbean.

How To Make An Aquarium Where Aquariums Don't Exist

Can You Transplant Zooxanthellae To Bleached Corals?