Rubber synthetic algae that mimics coralline algae is being used to help create an artificial reef to help aid in reef restoration in the Mediterranean. By installing small rubber-like structures the team hopes to mimic Ellisolandia elongata and the way it moves, to seed growth of a reef by anchoring calcium carbonate.

Researchers noted the importance of the ecological function coralline algae presents when developing these mini-reefs, particularly in shallow water. The team installed 90 synthetic mini reefs that each have 20 fronds made of  silicone elastomer anchored to rocks with a clear resin.

“Coralline algae are particularly ecologically important in shallow, temperate regions,” says Federica Ragazzola at the University of Portsmouth, UK, who partnered with researchers from the Italian National Agency for New Technologies, Energy and Sustainable Economic Development (ENEA) for this project.

Why silicone? “The material was chosen to match the property of the algae and, more importantly, is non-toxic to the marine environment,” Ragazzola says. 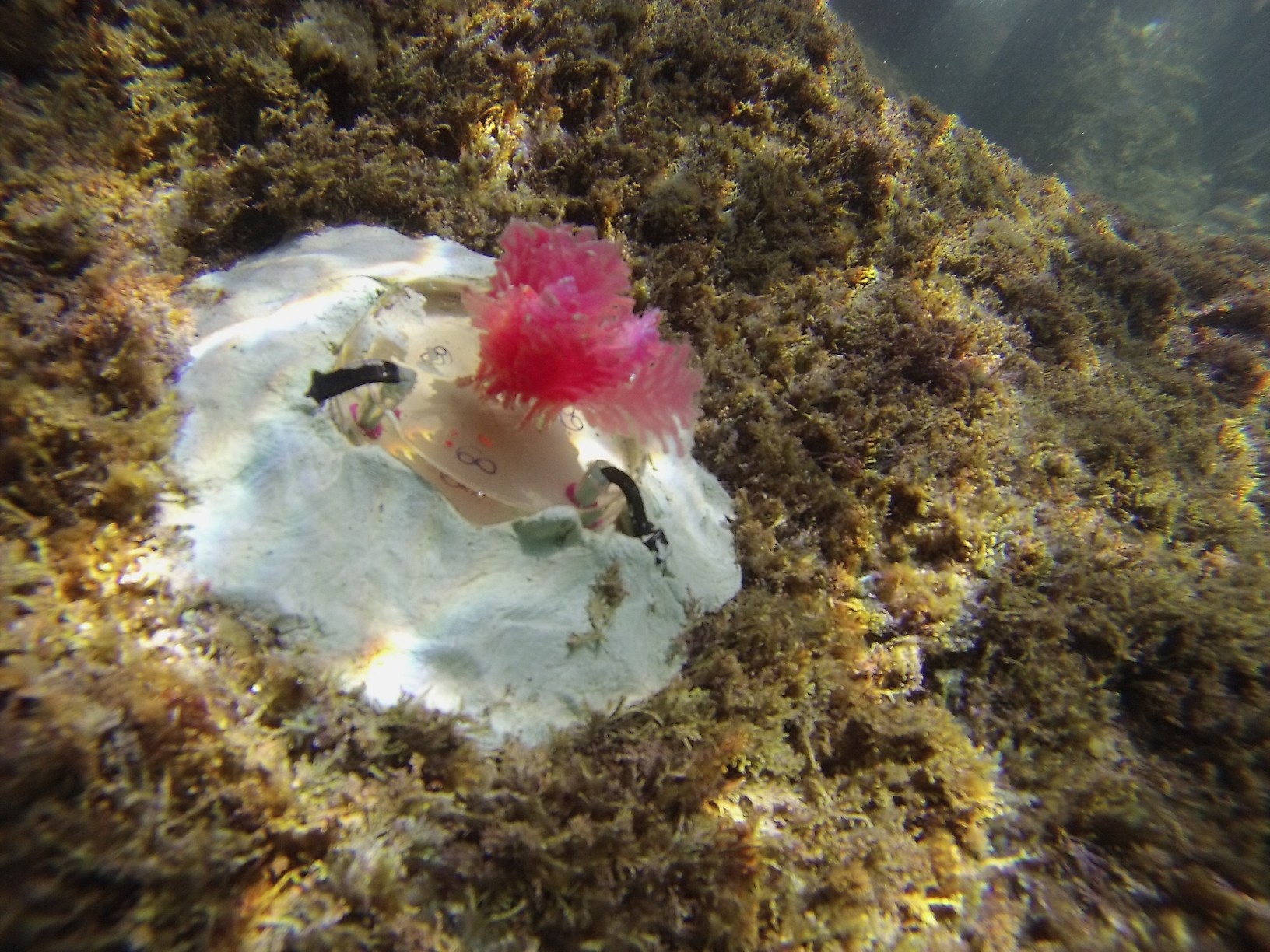 The team installed these on existing coralline algae reefs in the Gulf of La Spezia (in north-west Italy) in May and are seeing positive results so far. They are starting to see signs microorganisms colonizing the new reefs as biofilms are starting to form.

And the progress could be rapid. “After a year, you should start to see some of the species – crustaceans and worms as well as microorganisms invisible to the naked eye – establishing on the mimics, as well as the start of the covering of coralline algae,” says Ragazzola.

Besides being a starting point for building a new reef, coralline algae can also help fight ocean acidification by sacrificing itself for the better good of the reef. Like the calcium structures of coral, coralline algae will dissolve in acidic water. But the thought is, the more coralline algae present will mean more of it can dissolve and actually raise the pH of the reef, benefiting the other organizations living on the reef.

Next year the researchers will take some of the artificial reefs and associated animals into the lab to study the effects of rising acidity on their health. They will be exposed to climate change scenarios projected for 2100 by the IPCC.