A few weeks ago I travelled to Maryland right before Reefapalooza New York specifically to take a detour at the coral mecca of Jason Fox Signature Corals. I’ll be getting to the corals in due time but today I want to share with you the dense assortment of surgeonfish in the reef and coral tanks of Jason Fox.

Every reefer has their own group of fish that they are really into: Coppolino loves his angelfish, Kohen loves his wrasses, and there’s no question that Jason Fox is really into surgeonfish. Every one of his coral tanks is absolutely loaded with tangs, naso and there must be around 50 to 60 surgeonfish throughout his various tanks. 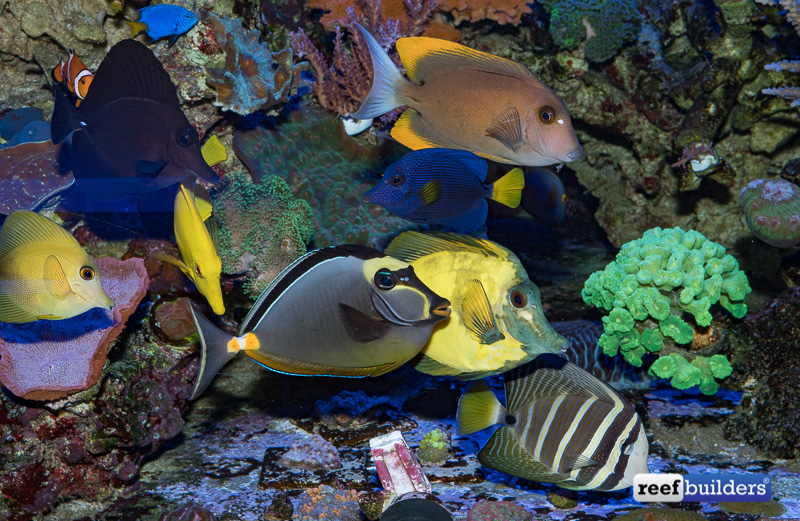 However it’s his 400 gallon working reef tank which has the densest population of surgeonfish, wherein I was able to make some great family photos of his tangs altogether. In this one 400 gallon tank he’s got a naso, kole, tomini, yellow, black, purple, sailfin, yellow scopas tang and finally, one of the nicest koi scopas tangs I’ve ever seen! 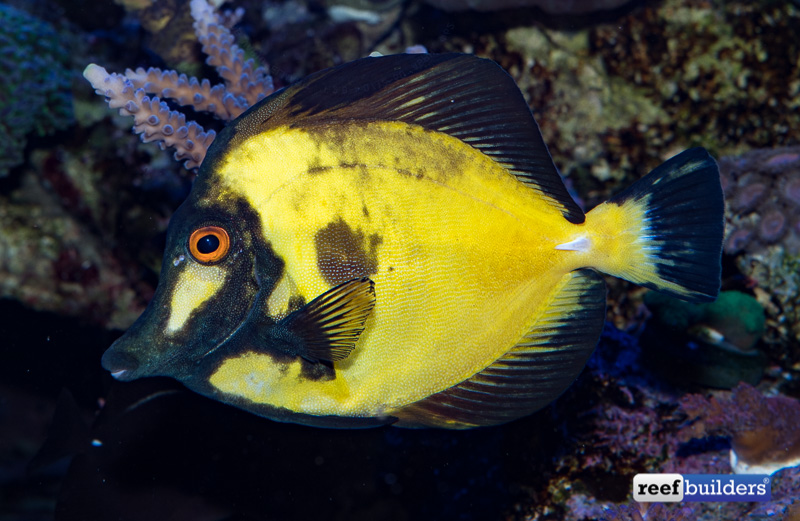 This particularly colorful koi scopas has a bright yellow body, with black fins, orange-red eyes, and a dark mask on the face which ranges from deep green to light blue depending on the angle of the light. It’s interesting, and a logical choice, that Fox would enlist so many surgeonfish throughout his tanks to help combat any algae growth, and this is one group of fish which almost never messes with corals.

It was quite a pleasant surprise to visit Fox’s place with the intent of seeing his corals, but being blown away by his tang-dominated fish collection, especially the koi tang. Definitely stay tuned for videos of his massive coral propagation operation but in the meantime, it’s nice to see that Jason’s passion for aquariums has no borders, with an appreciation for cool fish that almost rivals his obsession for corals. 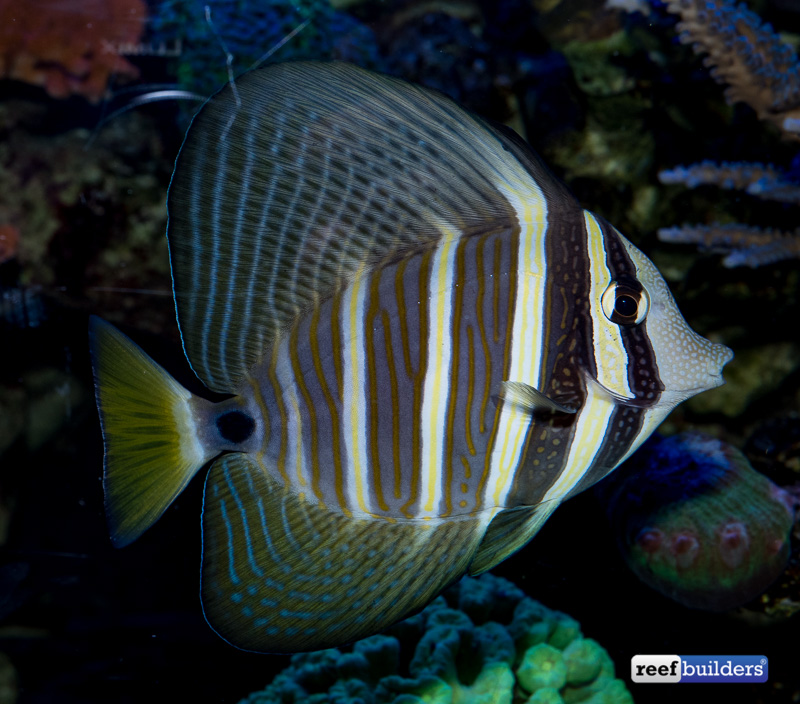 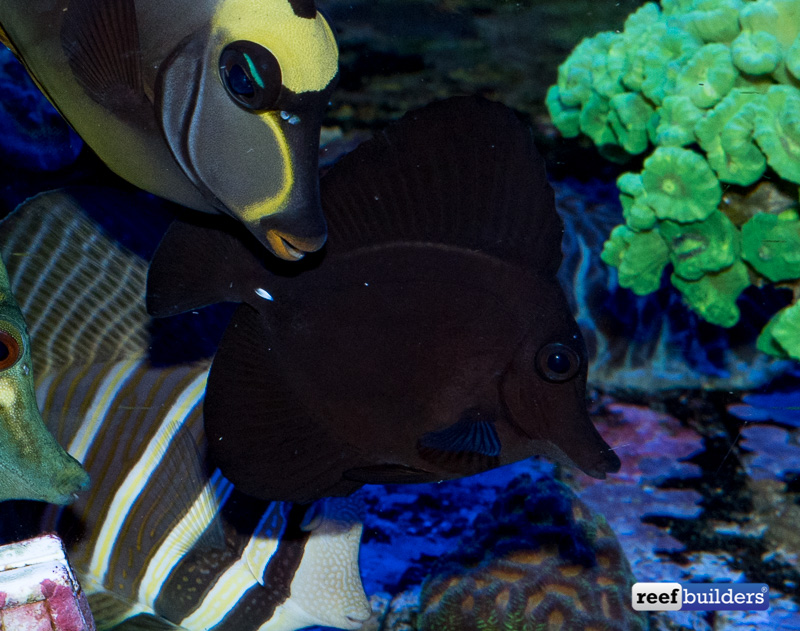 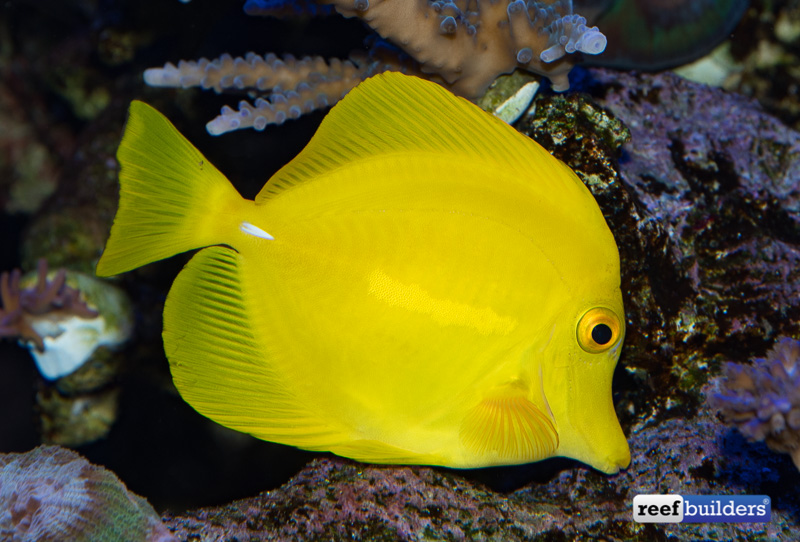 Bad Things We Add to Our Tanks