OctoPump By Reef Octopus Has An Exciting New Design

Reef Octopus has really broken out as one of the premier brands for acrylic products in recent years, particularly for protein skimmers and media reactors. But the new ‘OctoPump’ from Reef Octopus shows that the company has some engineering chops outside of its regular wheelhouse.

Currently identified as the YS-101 and YS-401, we’ve taken to the codename of ‘OctoPump’ for Reef Octopus’s first flagship propeller pump, for obvious reasons. These powerful and low profile pumps look like the near perfect blend of the classic Vortech MP40 and the still unreleased Wavepuck from Waveline.

The business end looks for all intents and purposes like the wetside of an MP40 but instead of being magnetically coupled, the OctoPump has a low profile motor like the Wavepuck. The primary resemblance actually lies in the magnetic base of the OctoPump which sits in a convex magnetic cradle, allowing the pump to be angled up to at least 25 degrees in all directions.

In some ways the design of the OctoPump is a natural progression of many different design motifs but seeing it all put together actually makes for a very sleek and impressive package. Again the two models of the OctoPump seemed to be pre-production prototypes so pricing and release date are not yet known, but we expect these will be ready in time for, or before InterZoo next Spring. With Reef Octopus’s elevated build quality and aggressive production timelines we’ve seen in the past, we have high expectations that the new ‘OctoPump’ will be a favorite both in terms of performance and of value. 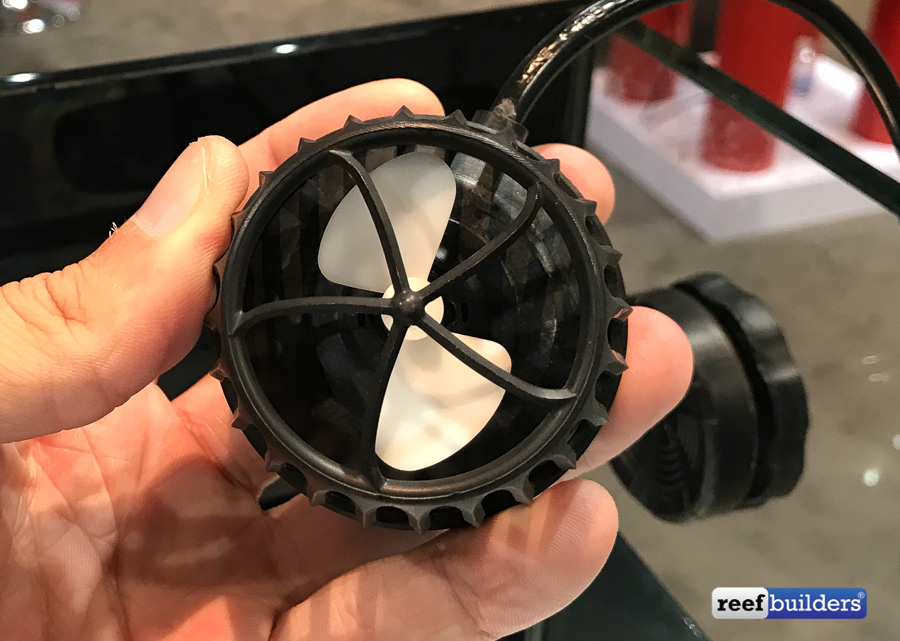 The Homewrecker Tenuis In Perfect Coloration Is Jawdropping