Yellow Eyed Damselfish Is The Newest Species From Fiji & Tonga

Damselfish are some of the most prominent fish of many different marine habitats, and today we get to celebrate one more new species. Sometimes the species look very similar in appearance but Pomacentrus flavioculus has just been recognized from reefs of Fiji and Tonga as distinct from two other similar looking congeners.

As the latin name implies, the yellow eyed damselfish has a bright yellow eye, with a steely blue grey body that is more blue when young and more grey when mature. Pomacentrus flavioculus also has a prominent black spot at the base of its pectoral fins, and a light yellow tail which is useful for distinguishing it from two similar looking species. 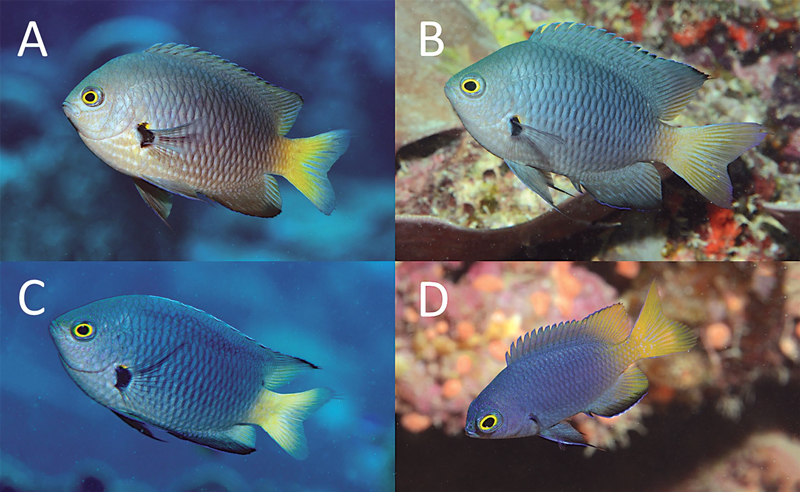 Pomacentrus imitator and P. magniseptus are closely related species of damselfish which look similar to P. flavioculus but neither of those two has a yellow eye, or a yellow tail. Furthermore, they are restricted in natural distribution to the northeastern coast of Australia and the Great Barrier Reef.

Meanwhile the newly described yellow eyed damselfish is so far only known from Fiji and Tonga in the southwest Pacific Ocean. Pomacentrus flavioculus is described by Allen, Erdmann & Pertiwi in the Journal of the Ocean Science Foundation.

Talking About Nano Reefs With Dave Fason of NanoBox Reef

Some Great Uses For The Anura pH/Temp/Salinity Probe