Some Great Uses For The Anura pH/Temp/Salinity Probe

When Anura reached out to us about their new line of portable probes and ‘pH pens’, we were intrigued by their unique devices. Most notably, the three models of Anura probes have replaceable probes so you don’t have to replace the entire unit when the electrodes wear out.

But it really got us thinking, what is the usefulness of a portable pH Pen or salinity probe for the modern reef aquarium keeper? We calibrated the Anura EP70 for pH and salinity and kept it around the fishroom for a couple weeks to see where it might come in handy, and it turns out there’s actually quite a number of everyday aquarium applications.

The Anura EP70 can test for both pH, Salinity and temperature, the three most critical parameters for any saltwater aquarium. Despite having a plethora of tools to measure these values, the Anura is the only device in our toolbox which can do all three, and do it on the fly in a portable package. 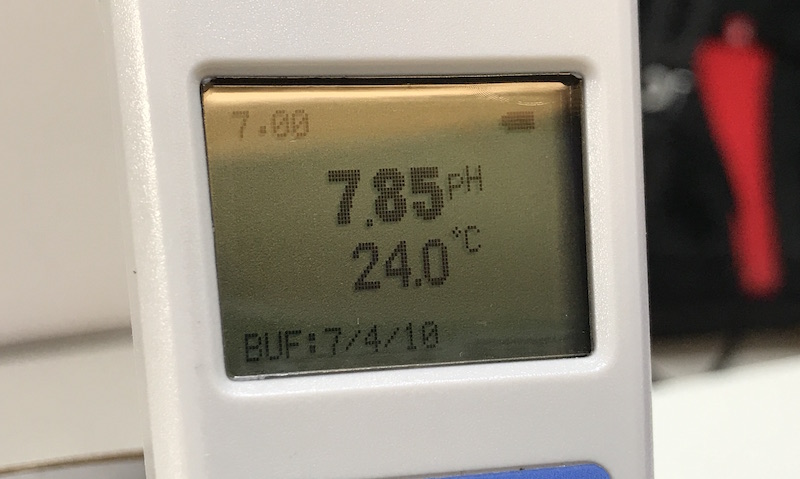 We’ve found ourselves using the Anura EP70 less for direct testing and more for comparisons of various waters. When I received a box of fish last week I used the EP70 to quickly measure the big three values of their water in the bag, and monitored them during the acclimation of two showy angelfishes.

A few days later the EP70 came in handy again when it came time to give these big angelfish a freshwater dip. I combined water from one acidic and one alkaline freshwater tank to mix up a near exact pH as the quarantine tank for the freshwater dip, resulting in much reduced stress during this procedure.

It’s been about ten months since we calibrated the pH probe of my Milwaukee Instruments DL125 monitor and we’ve been curious to see if the reading was still fairly accurate. Instead of pulling out the probe and sticking it in buffer solution or recalibrating it, we measured the pH of the reef aquarium water both in the morning when the reading gets down to 7.8 and in the evening when it climbs as high as 8.1.

On the low end I could see the Milwaukee had a discrepancy of pH 0.03 but at the higher pH it was spot on, reassuring me that that readings are accurate enough, and good to go for a few more months. Lastly, the Anura EP70 has been useful for simultaneously testing the pH and salinity of freshly mixed natural seawater. The reason to wait ’24 hours’ after mixing new saltwater is less to ensure complete dissolution of the salt and more to allow the pH to equilibrate. 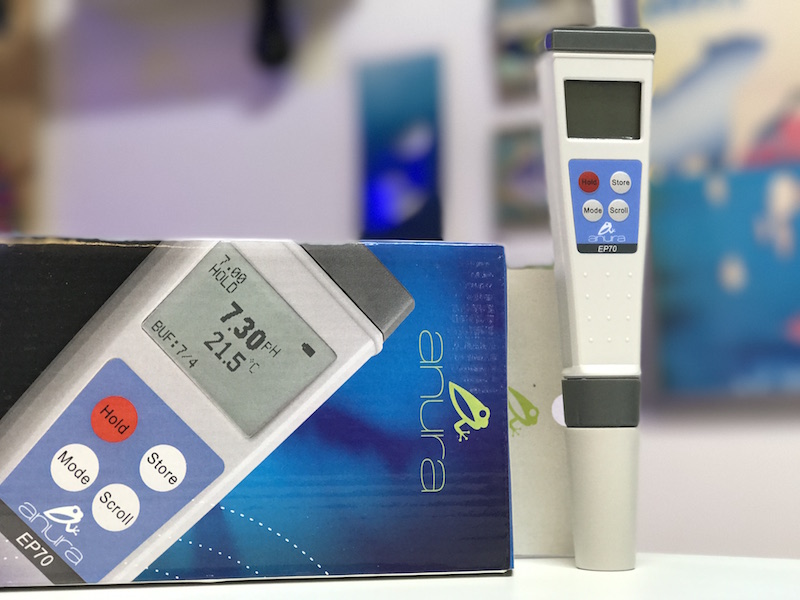 I love my Hanna Seawater Refractometer but it only measure salinity, so the Anura EP70 was great for determining when the pH of the new seawater was in line with my reef tank, preventing water changes with greatly different values.

priced at $200, the Anura EP70 portable tester is not a must-have device for the average reef hobbyist, but it can come really handy for aquarium professionals. Whether you’re a maintenance tech, work at an aquarium store or simply have a lot of tanks to work on, you’ll be as pleasantly surprised at the usefulness of having the big three aquarium values digitally measured on one portable device. It even comes with a belt holster in case you want to wear it like a water testing gun!

Yellow Eyed Damselfish Is The Newest Species From Fiji & Tonga