This Acropora nasuta from Corals Down Under Will Knock Your Socks Off!

Acropora nasuta has always been one of my favorite shallow water species of acros, both for its interesting shape and it’s attractive polyps which are most often bright blue. Normal colonies of A. nasuta are generally pale in coloration but a sensational colony recently collected by Corals Down Under is about to put this species on the radar of every SPS collector.

There’s been an explosion of stunning Acro strain in the aquarium hobby lately, many of which have wild colors throughout every part of the colony. We’ll always have a place in our reef tanks for strains like the GARF Bonsai and Green Slimer but new corals like the Homewrecker, Pink Cadillac, Little Red Ferrari and many others have forever raised the bar for the color potential of aquarium corals. 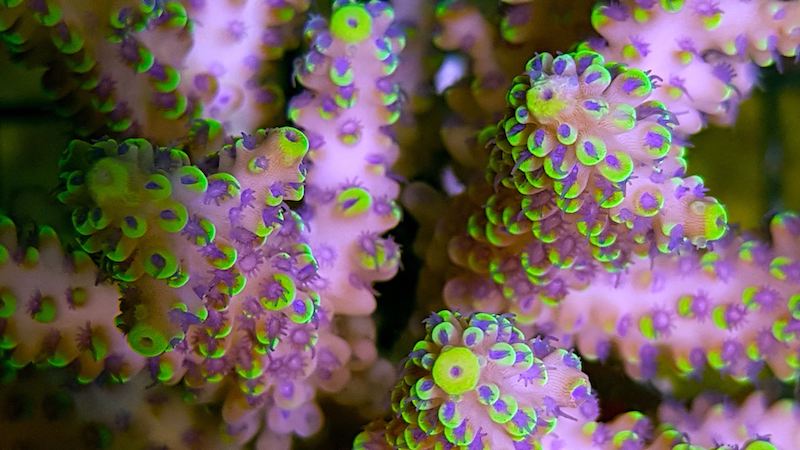 This particular Acropora nasuta is purple to pink depending on the lighting, with a green edge to the very prominent nose-like corallites which give this coral its name. And of course the blue polyps are present in abundance, all the way to the interior of the colony.

Corals Down Under collected just a single colony on the outskirts of Mackay Australia in an outer reef along with many other typical Australian stony corals. We sincerely hope that this colony of Nasuta Acro has a safe journey to its future home because this is one coral strain that truly deserves to be sought after and propagated in the reef aquarium hobby. 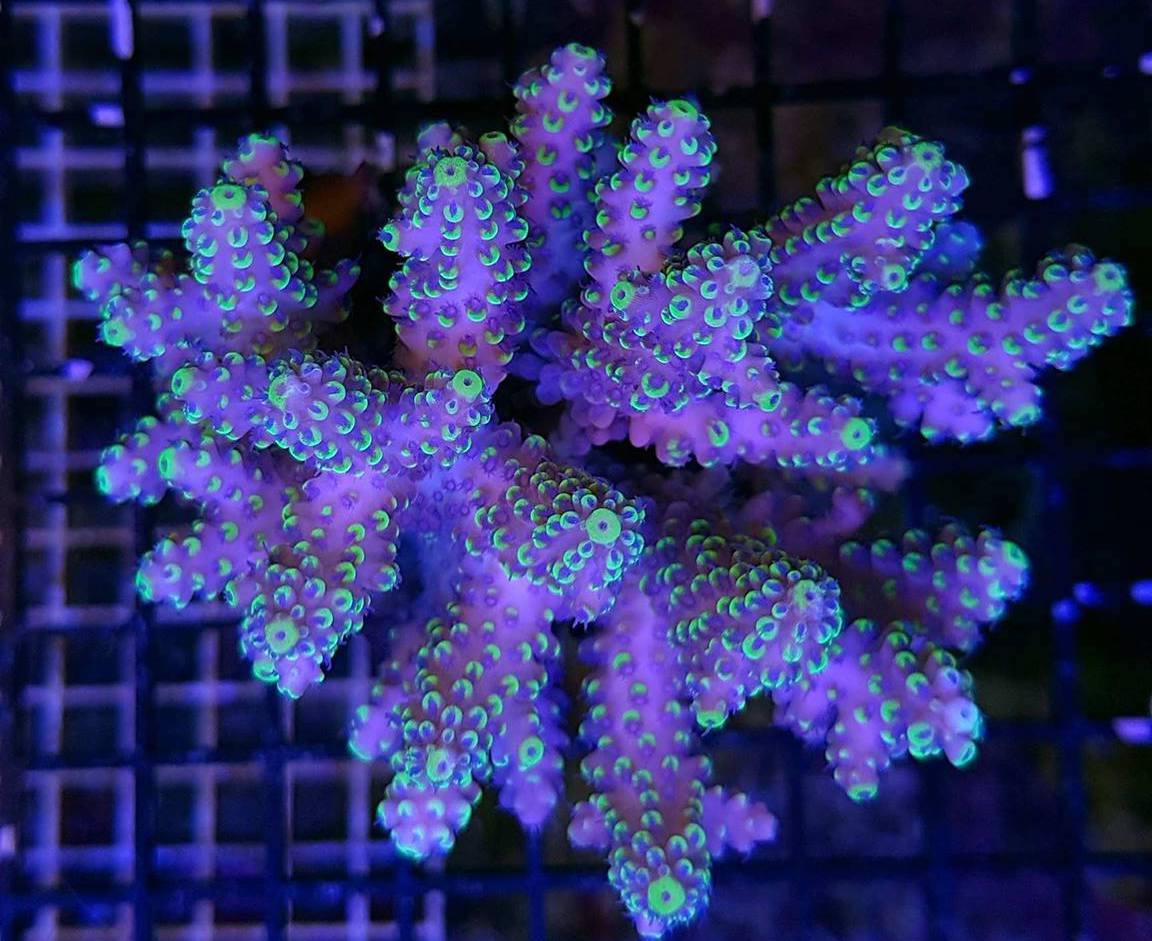 50 Fish Stores in 5 Days - Across the United States (VIDEO)