The hybrid basslet specimen collected by Dynasty Marine earlier this year made quite a commotion as it is one of the first supposed hybrids of Liopropoma ever documented, especially between these two species. This is the kind of uber rare fish that usually winds up in the aquarium of a private collector, rarely seen by the owner and never seen by anyone else.

Well as it just turned out, I happened to be at that collector’s home with camera in hand at the precise moment that the Liopropoma hybrid made a brief, 20 second appearance. Like I said in the video, I could have tried to get that clip all day with nothing to show for it, but the reef aquarium gods were definitely on our side. 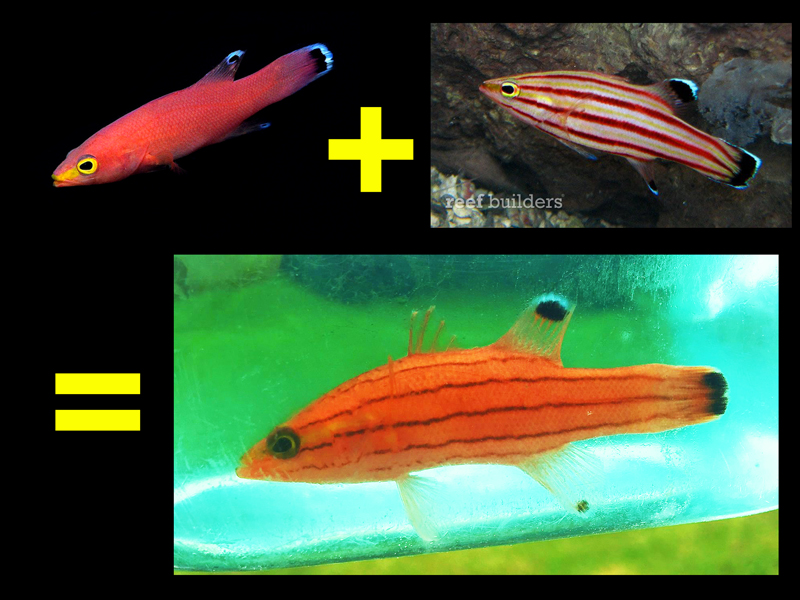 As you can see from the new video, this fish is pretty wild looking with thin striped along the sides of the body, and irregular scribbled along the top and head. This is about what we would expect to see from a cross between a species with prominent stripes and one with no stripes.

What’s clear from this short video is that this fish is truly unlike anything we have ever seen before, and it adds to Dynasty Marine‘s reputation for fishing up some of the neatest fish from the Caribbean, like we featured in the Deepwater Deluge series. Enjoy this short video because there’s a slim chance we’ll ever get this fish, or one like it, ever again.