Mandarin Crocea Clams are a particular variety of Tridacna crocea with a psychedelic pattern that is reminiscent of the popular aquarium fish. Many of the giant clam species can have truly wild colors and patterns but the ‘Mandarin’ pattern is one that can be recognized in only the very best-of-the-best T. crocea. 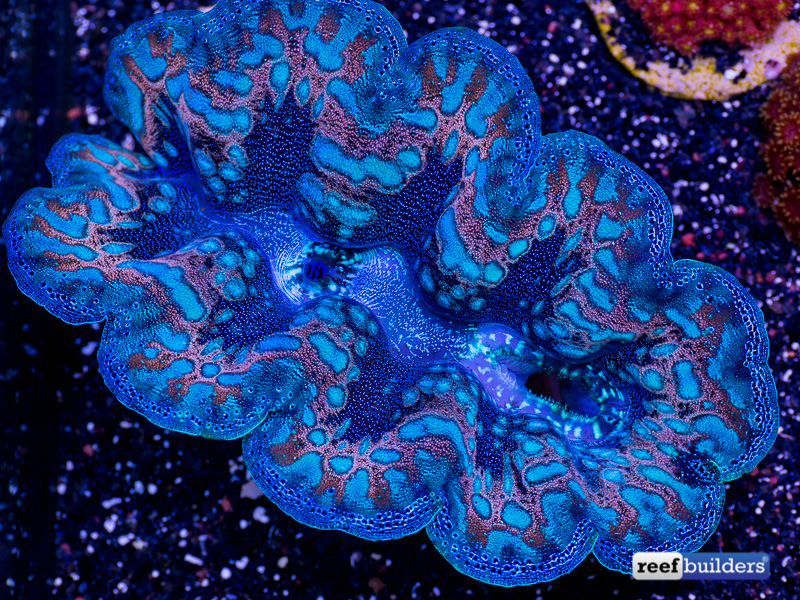 I’ve seen these in the wild often enough, usually in exceptionally shallow water where these bivalves are exposed to the full intensity of tropical sunlight. From Papua New Guinea to Flores, Komodo to Palau, the Mandarin crocea clams are really distinct – usually with with some degree of tricolor and large teardrops.

These teardrops are completely different from the very consistent pattern of Tridacna noae, and often are bright blue and surrounded by an area of gold, light brown or slightly red areas, while the rest of the mantle is adorned in metallic blue spots. While I’ve spotted this strain often enough in the wild, due to the ‘unreliability’ of giant clam genetics they are very rarely offered to the aquarium hobby. 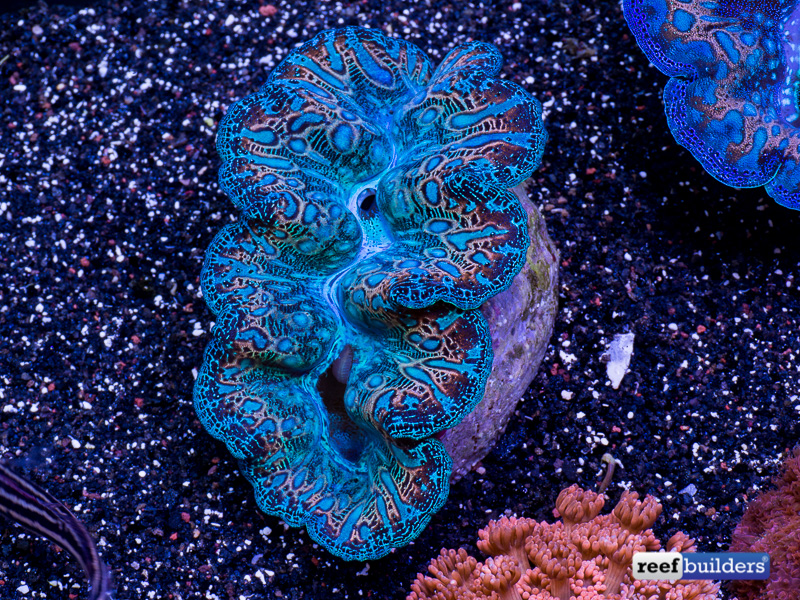 But my fortunes took a strong turn for the better when I visited Biota Aquariums just around a month ago. While they make up only a small part of Biota’s cultured livestock inventory, the vat of Palau giant clams I saw there really put me under a spell. That’s because there was a small group of uber-select Mandarin crocea clams and I knew I had to have some as soon as I saw them.

Interestingly enough I had seen some of these during my visit to the legendary Palau Clam Farm which was featured in one of the first travelog videos of this year. It was an incredible opportunity to rehome these five year old F1 Breeder Mandarin Crocea Clams from this iconic facility and now I get to enjoy them every time I look at my reef tank. 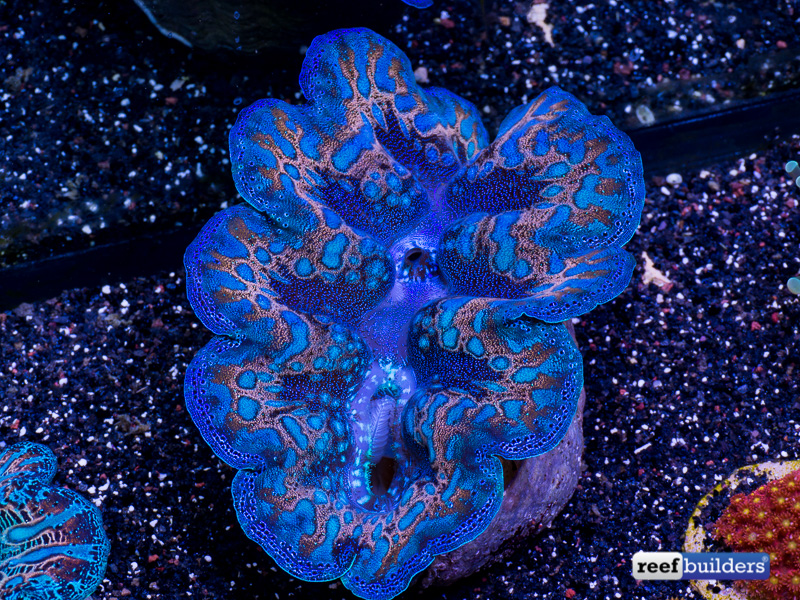