Madracis carmabi is a master of disguise. At first glance, you could be fooled into thinking this bulbous yellow coral is M. decactis or even the branching M. formosa, but take a closer look at the septal arrangement, and you might be surprised.
Madracis carmabi is most likely a hybrid taking the ten septa arrangement from M. decactis and branching form of M. formosa. This hybrid coral was described in 2003 from specimens collected around the island of Curaçao, and the name Madracis carmabi is in recognition of the CARMABI institute for more than 50 yrs of Caribbean coral reef research.

Madracis carmabi has a decameral septal organization, meaning each corallite has 10 septa lines. While it may be difficult to count these small ridges during a dive, macro photography of a corallite with retracted polyps is a sure way to gather a positive identification.
Madracis formosa which also has a similar branching appearance will only have 8 septa, commonly called the 8 rayed finger coral. We have yet to find this species (M. formosa) but will be on the lookout during our next Caribbean dive trip!
Branches of Madracis carmabi are bifurcating which mean they split into two parts. The branches often grow in a single plane fusing together at the base however, they rarely branch to a third.

This species is mostly found between 20–40 m depth, while the parent species are found in a wide range of habitats.  Ends of the branches are rounded lobes.

Colonies can be greenish yellow, brown to yellow, polyps are somewhat gray and translucent. The corallites of Madracis corals are sunken below the surface of the colony and polyps are often extended during the day. If you are trying to identify this coral look for an area on the colony with retracted polyps and zoom in for a closeup. 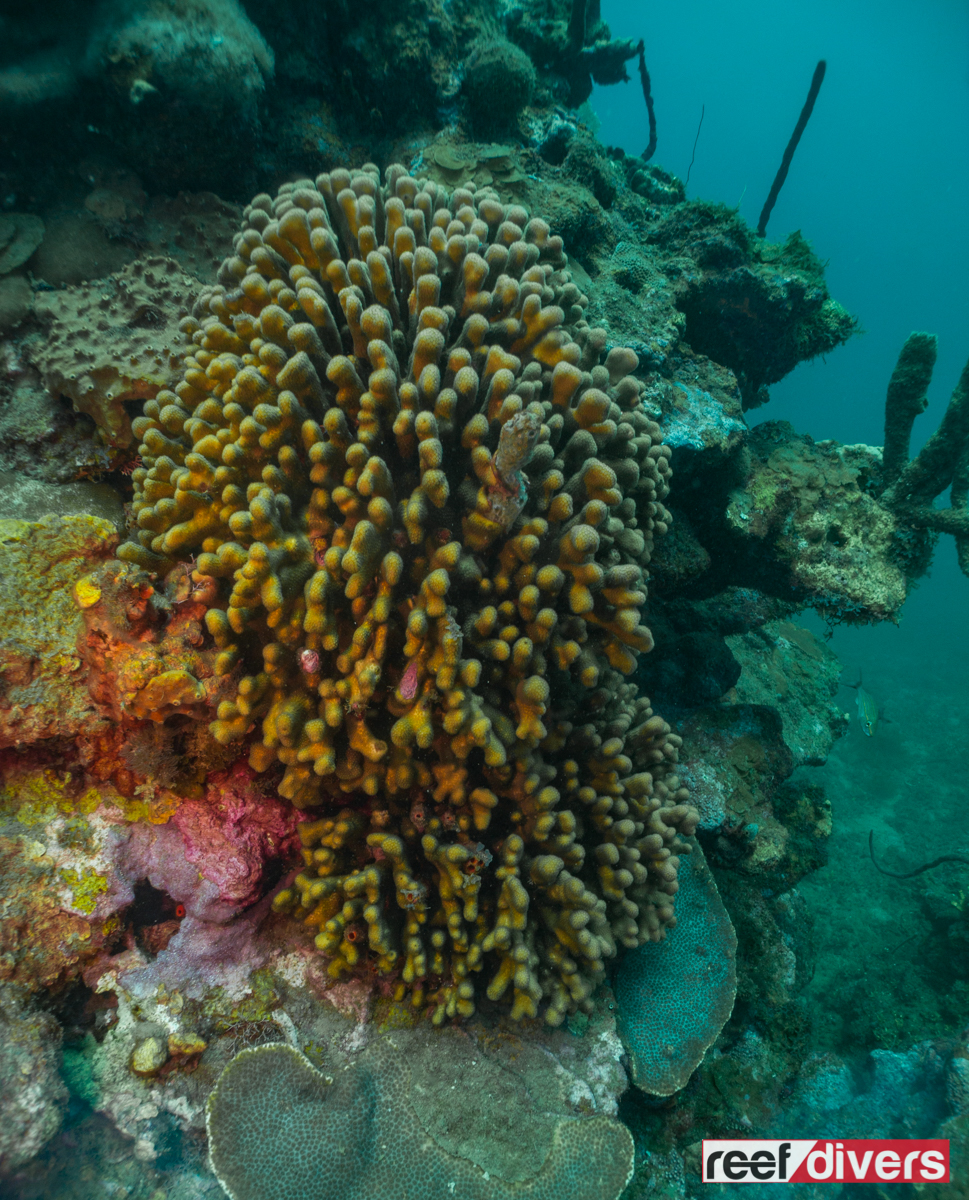