The Red Dragon pump is one of the most storied line of water and needle wheel pumps in the high end sector of the reef aquarium hobby. In recent years Royal Exclusiv has been iterating on DC controllable versions of all their pumps for flow and protein skimmer applications, with the Red Dragon 6 being the newest in their catalog. 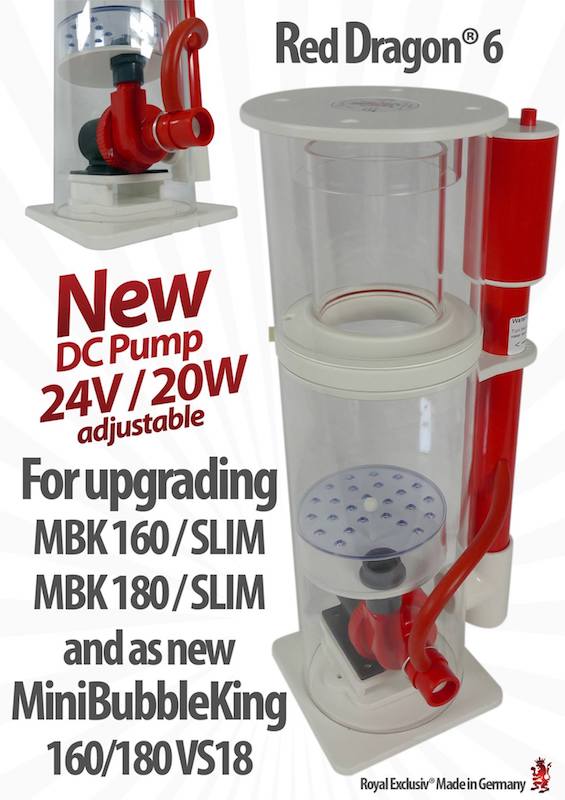 The first model of the Red Dragon 6 to be announced is a 24 volt, 20 watt model which is both controllable, and will be released first as a needle wheel version. This German made pump has a new volute and aspirator valve which appears to be molded, instead of the crazy machined and lathed versions of old, which should no doubt help with the price of this pump.

The Red Dragon 6 will be suitable for upgrading existing MiniBubbleKing Slim 160 & 180 protein skimmers and it will also power the new VS18 versions of these skimmers. We look forward to getting our hands on this exciting new pump from Royal Exclusiv and hope to learn more about its cost and performance very soon.

Poma Labs & PE Mysis are GIVING AWAY one Conspicuous Angelfish