It’s been hardly a year since we got our first good look at the Focustronic 1 LED and already we’ve got a new model to enjoy, the Focus 2 Pro. While the Focus 1 was an ambitious light in its own right, the Focus 2 Pro improves on the original in a variety of important ways.

One legitimate drawback to having a single cluster in the Focus 1 is that parts of the tank are completely dark when the spotlight is pointed in the opposite direction. While the Focus 1 is much more of a single spotlight, the Focus 2 Pro really steps into the realm of ‘aquarium fixture’ with two clusters of LEDs, and adds two LED strips to help balance out the light distribution.

But not only does the Focus 2 Pro add another cluster of LEDs plus two LED strips to even out the spread, the spotlights can now swivel in two directions or two axes, side to side and front to back! This is a really great and unexpected advancement for giving the light even greater reach throughout our reef tanks – the fact that it now uses stepper motors to move the lights is an added bonus. 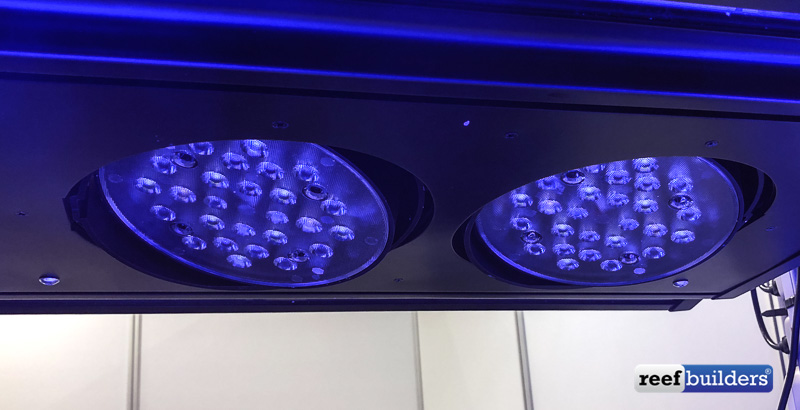 The Focus 2 Pro maxes out at 260 watts of light spread across seven channels for 76 LEDs. Each cluster includes 8 cool whites, 4 royal blues, 4 blues, 4 UVs, 2 green, 2 red and 2 warm white diodes, and the dual striplights bring an additional four of each royal blue, blue and UV LEDs. 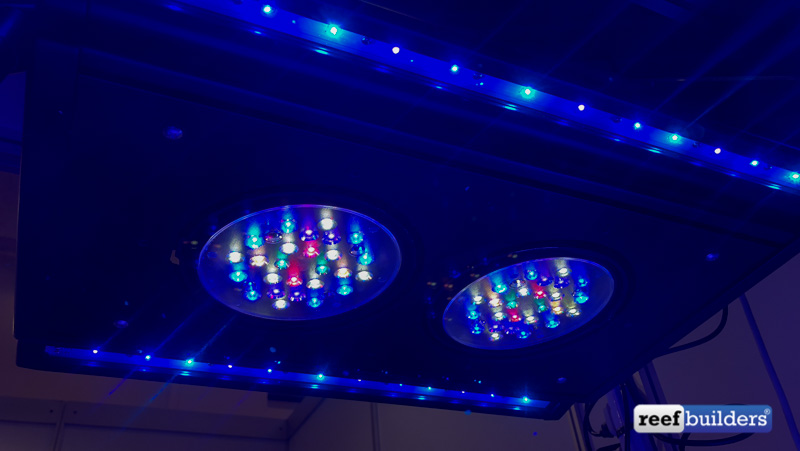 At launch the 20” x 15” x 4” housing of the Focus 2 Pro will be mounted primarily by hanging but Focustronic hopes to have several solutions for using widely available mounting arms. With so much power and features under the hood the Focus 2 Pro won’t be cheap, but is expected to be about the same as two flagship fixtures from other manufacturers – we’re calling that around $1200 – when it gets released later this year.

If you’re in Nuremberg for Interzoo be sure and stop to check out the new Focus 2 Pro LED as well as the Alkatronic alkalinity controller in the Focustronic booth, and maybe sneak a peek at another exciting device they have in the works.