Of all the ‘hoop dreams’ we’ve ever had for aquarium technology, we can’t say that we ever imagined a world where the lights and filter would be wirelessly powered. But this is precisely what we witnessed in the Aqualighter booth at InterZoo in Germany.

The Aqualighter wireless aquarium consists of a one watt LED light and a low powered filter, both lighting and filtering the aquarium without the use of any wires. Like our wirelessly charging phones, these small devices are powered by an electromagnetic field emanating from the base of the aquarium. 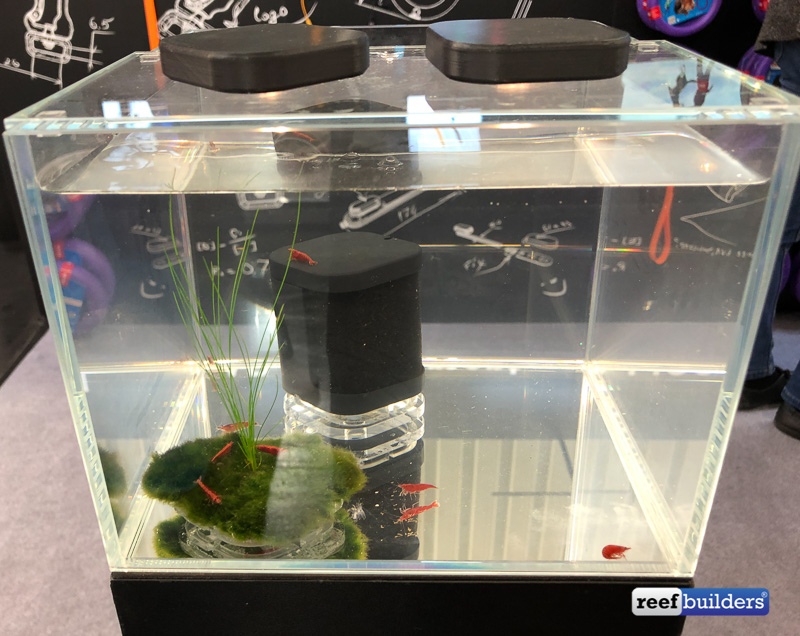 The magnetic field generates a direct inductive current which is strong enough to power a one watt LED generating 100 lumens of light, and a tiny internal filter which is probably moving somewhere around 100 liters of water per hour. Don’t expect this technology to be released any time soon as the demonstration tank by Aqualighter is very much a prototype and proof of concept, but we’ll definitely be hoping for some progress from them come next InterZoo in 2020. 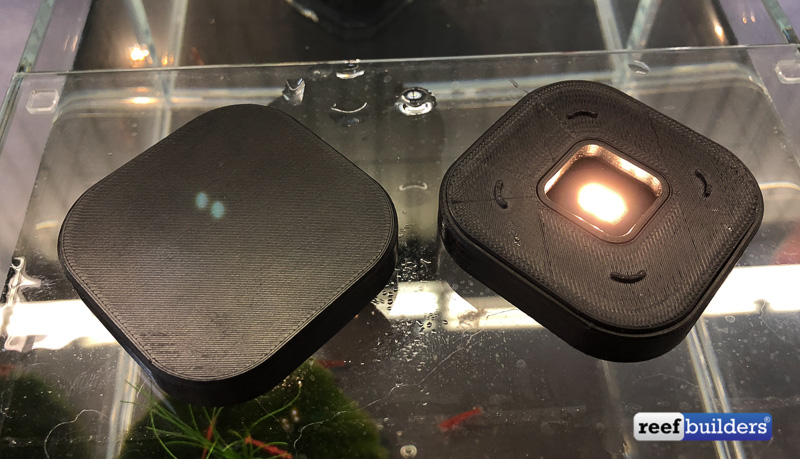 The concept of a wireless aquarium is right up there with automatic water changes, pipeless protein skimmers and automatic KH and calcium machines. These all sounded very strange and unnecessary when they were first introduced but all of these are now not only real, but a rapidly growing part of the aquarium world, and perhaps the use of induction charging will be too. 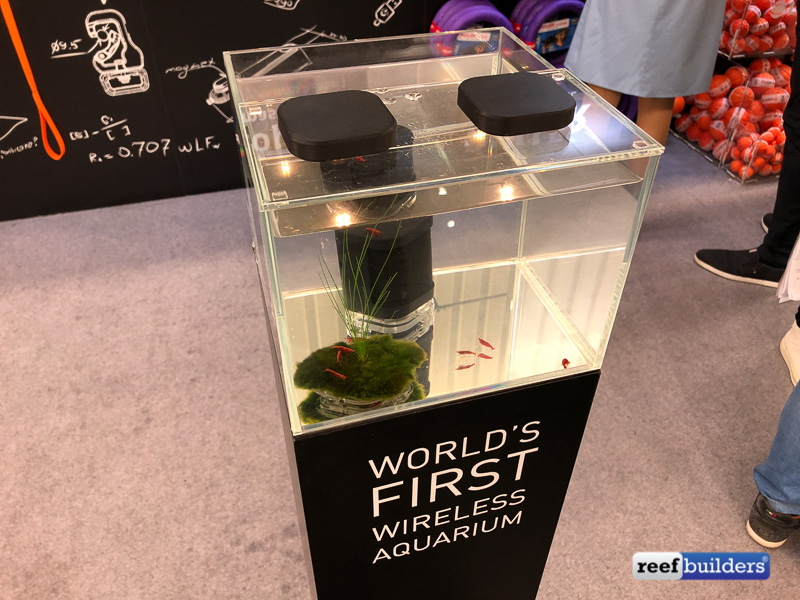