Acropora plumosa Is A Coral That Sprouts Wings!

Have you ever heard of Acropora plumosa, the glorious coral that sprouts wings? The unique beauty and distinguishing traits of this corals are only realized once it reaches a mature adult size, and even if you’ve spotted this species in an aquarium nothing compares to the surreal appearance of full-grown wild colonies.

Acropora plumosa is attached at the side and grows into horizontal tables. The branches are mostly separate but can fuse together when several branches overlap. This lattice texture gives the appearance of a insects wing under a bright flashlight. 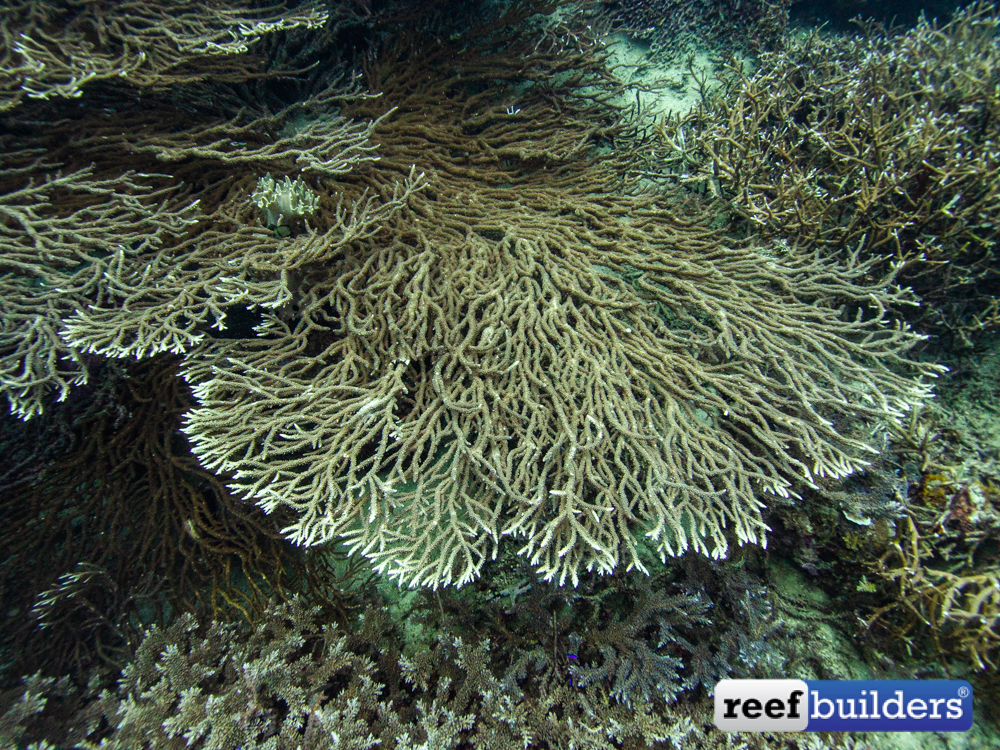 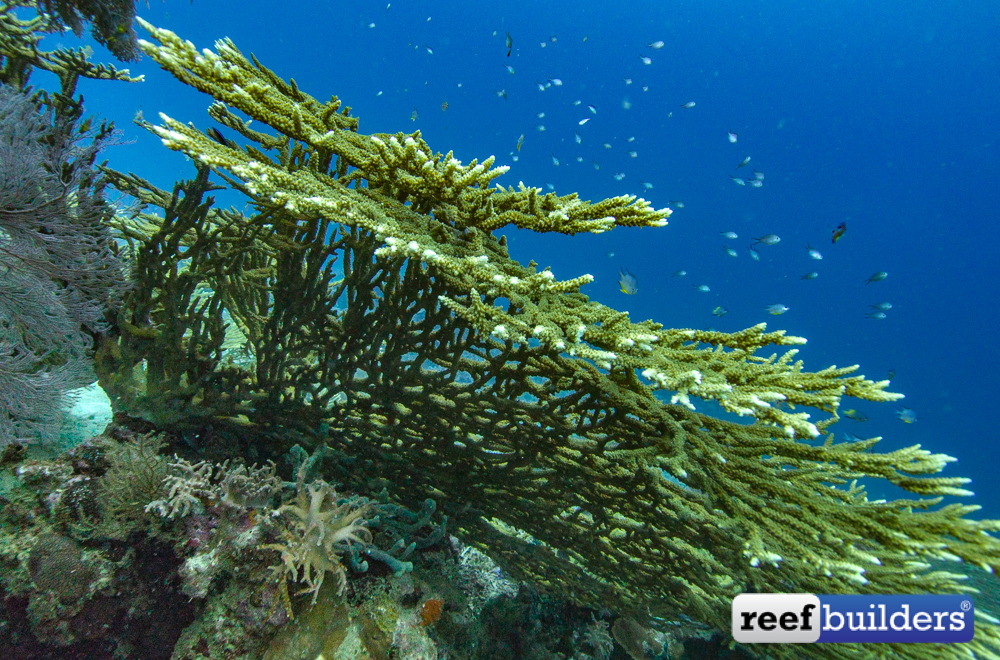 The colonies are attached in the center or near the side of the colony, and you have to wonder just how much something like this would weight. All plating corals, but especiallyAcropora plumosa has a very thick strong base, and it is constantly adding on new layers of tissue fortifying it’s hold-fast as the branches grow.

However, where these colonies can grow quite large forming tables over 9 feet (3m) across. It’s possible the corals become too large or can be damaged by a storm, and a part of the colony can break apart appearing, resting in a more vertical position to the parent colony.

When this happens the magic really happens. Acropora plumosa wants to be oriented on a horizontal plane, so it will start sprouting new branches in the form of vertical plates along the edge of the colony. Like wings sprouting from the edge of the corals, it looks as though A. plumosa corals are about to take flight. 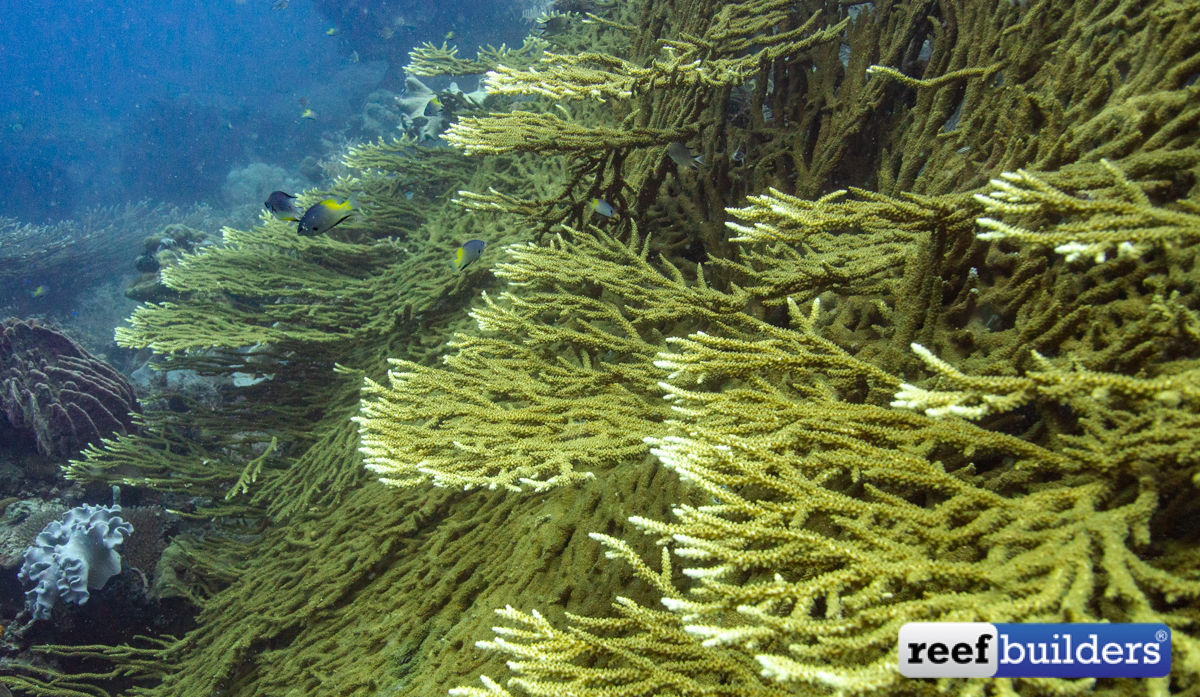 This has to be one of the most impressive corals any dive can find underwater and we were lucky enough to find a full reef slope covered in these rare, and vulnerable corals.

This species occurs in shallow, tropical reef environments. It is found on sheltered reef slopes between 10-30 m. We found these beauties at the Kobe Reef site in Halmahera while on the Polyp Lab Coral Spotting expedition. 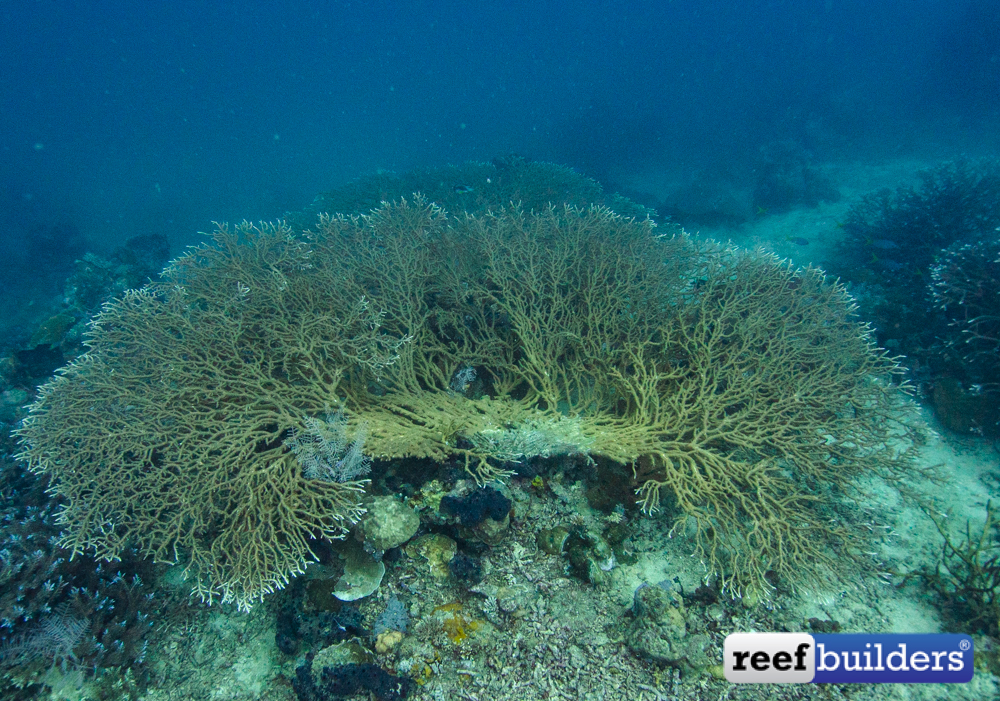 Acropora plumosa is classified as a vulnerable species on the IUCN Red List, and it has a decreasing population, making it even more uncommon to find so many healthy colonies in one place. And, besides a period of high wind from July and August, the area around Halmahera where we found these colonies is at a latitude that does not receive tropical storms, allowing these colonies to grow to a full and mature size.