I’ve always had a thing for the yellowmouth moray, Gymnothorax nudivomer, as it’s one of the few species of marine fish that you can easily identify based on the color of the inside of its mouth. Despite having a fairly drab body coloration, since morays hide most of their bodies inside the reef and rocks, their head and wide open mouth is usually most of what we see of moray eels. 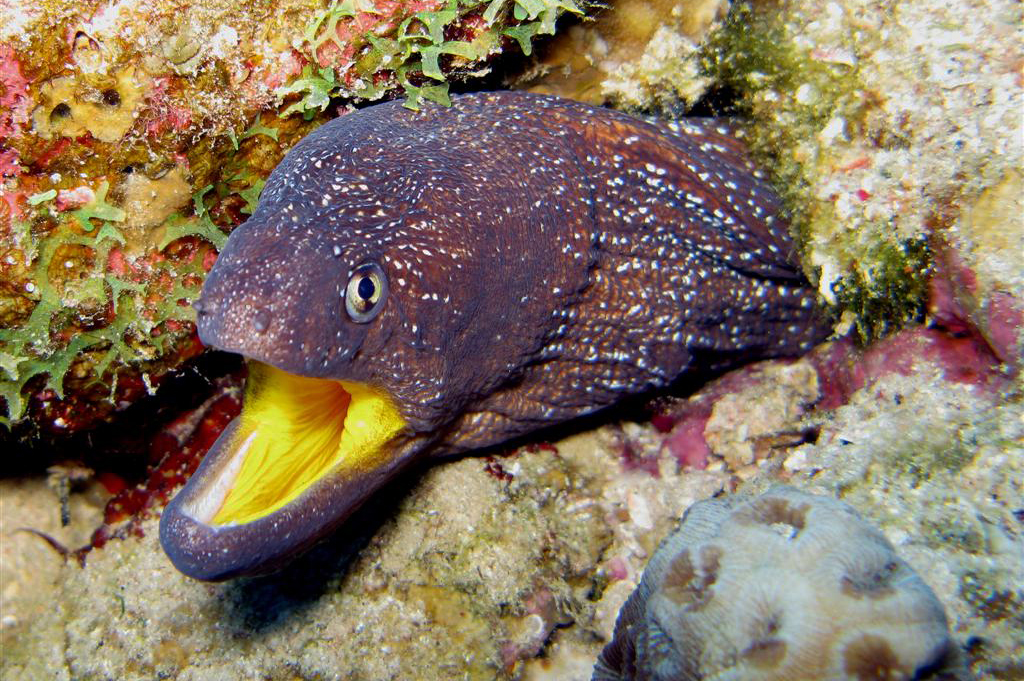 While window-shopping the Rakuten webshop of Japanese aquarium store Aqua Gift I stumbled upon a crazy-cute juvenile specimen of the yellowmouth moray eel. Like a cross between a golden eel and a dragon eel, the youngsters of G. nudivomer are a beautiful yellowish green overall, with small spots on the head and face which get really pronounced and large towards the tail. Fun fact – the yellow color of their mouths is a warning coloration that this species is actually poisonous since it has toxic mucus in its skin. 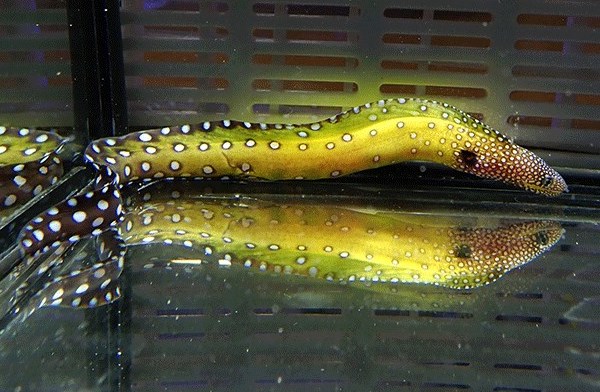 However unlike juveniles of Japanese or Hawaiian dragon eels which can easily fetch a thousand dollars or more, this small yellowmouth moray eel is priced at just 29,800¥ or around $268 – significantly cheaper than either a golden or dragon eel. Don’t let its small size fool you as the yellowmouth moray does grow into a ‘full size’ moray eel up to four feet long so don’t go putting one of these in your reef tank! [Rakuten]