Save Your Tank with New USB Air Pumps from Cobalt Aquatics

The new USB Air Pumps from Cobalt Aquatics are a much needed overhaul to the bait pumps of old. For decades we’ve been using these clunky (and noisy) D-cell air pumps for times when air and water circulation is needed but power is not available.

Not only are the new USB Air Pumps powered by now ubiquitous DC electricity, but they also have a lithium ion battery built in so you’ll never have to worry about getting replacement batteries. The built-in battery is good for 24 hours of continuous operation but Cobalt Aquatics has also designed a 10 seconds on/10 seconds off program that extends the operation by as much as 50% longer. 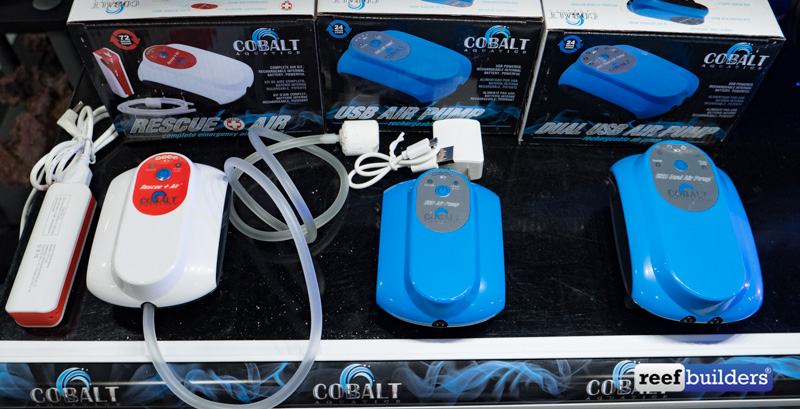 Cobalt Aquatics is offering the new USB Air Pumps in two models, a single port version for $30 and a dual port model for $40. There’s also a complete kit called Rescue Air for $50 which includes the power supply to charge it, air stone & airline as well as an external battery pack to run as long as 72 hours. Circulating water in an aquarium using pumped air is the single most effective way to keep any aquarium going during extended power outages and everyone should have one or more USB Air Pumps for their aquariums. [Cobalt]