The Reverse Nano Pump is an interesting new aquarium propeller pump design from Coral Box. The Reverse Nano Pump looks like the new wave of water pumps that have stators inside the rotor but Coral Box opted instead to go with a more classic design and use a specialized cage to achieve the same appearance.

Like many modern aquarium water flow pump the Reverse Nano Pump is controllable both through physical buttons on the inline controller which can also be used to program specific water flow patterns. Part of what makes the  Reverse Nano Pump unique is that it also has a specific program to run in reverse, both to generate a different kind of flow along the glass and to clean the intake of any debris, although we don’t know if the front has enough guards to prevent fish from wandering in. 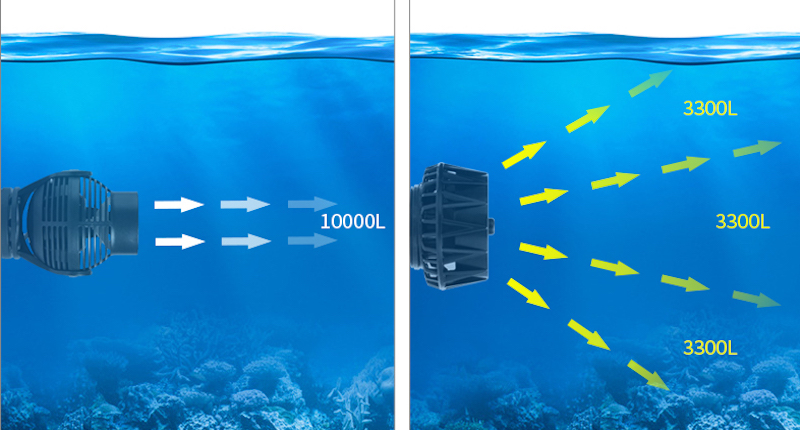 The Coral Box Reverse Nano Pump pushes a capacious 10,000 liters of water per hour or just over 2,500 gph through its 72mm outlet nozzle while only projecting 52mm or two inches from the glass. At maximum speed the Reverse Nano Pump uses only 25 watts of power also making it an ideal candidate for use with backup battery sources in the event of a power interruption. 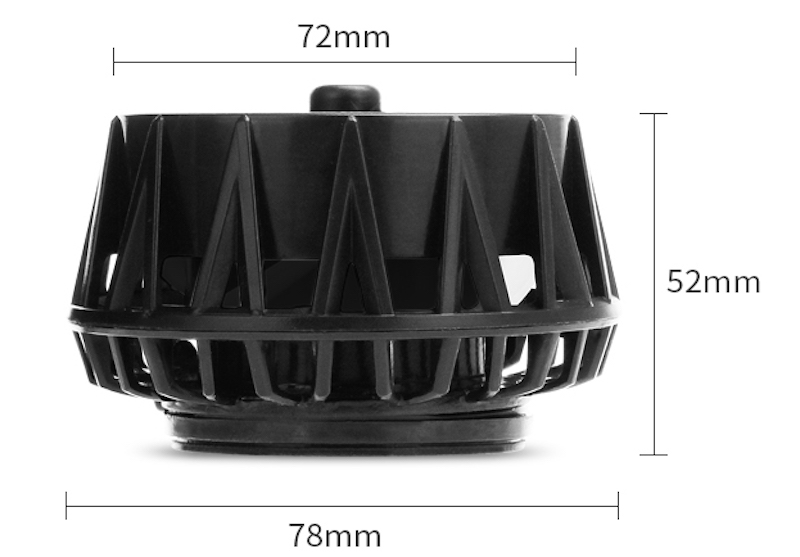 Coral Box put just about every bell and whistle you could hope for in a propeller design water pump short of a wireless smartphone app. The Reverse Nano Pump is loaded with tons of features and flow programs as long as you’re comfortable with, and don’t mind navigating nested menus, but the biggest selling point is going to be that rock bottom price of $129 plus shipping. With most reefers having smaller tanks and lower flow corals, the broad flow pattern of the Reverse Nano Pump should make it worthy of consideration for a wide range of reef aquarium displays. [Coral Box] 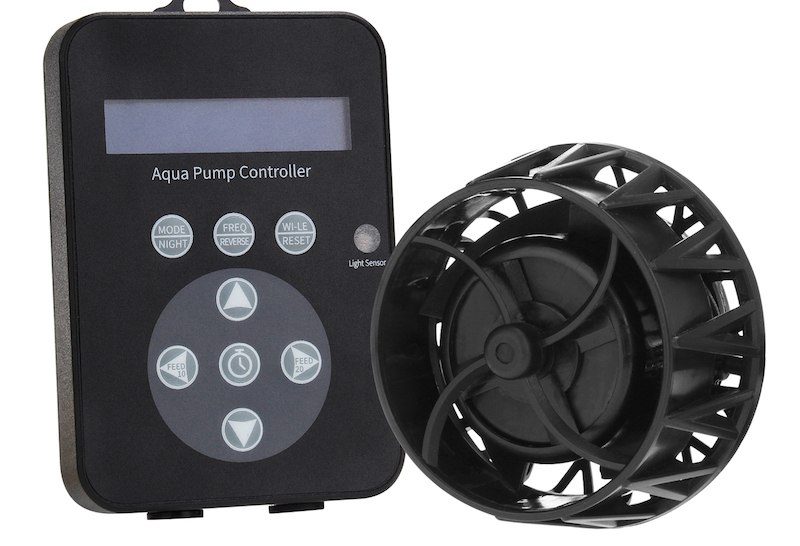