Barabattoia, the ‘Fluted Moon Coral’ is part of a large group of stony corals belonging to the family Faviidae. We’re all mostly familiar with Favia and Favites moon brains but if you know what to look for, the family is much more diverse than you might think.

Barabattoia is one of the weird ones with extra well developed corallites that are so exert that they almost look like tubes, not dissimilar from Tubastrea. There are only two species of fluted moon coral, Barabattoia amicorum and B. laddi, but it’s B. amicorum  that we occasionally see in the reef aquarium hobby. The most common color form of the fluted moon coral is generally green sometimes with an orange mouth, but as you might have guessed, we’ve stumbled upon a new color form which is really grabbing our attention. 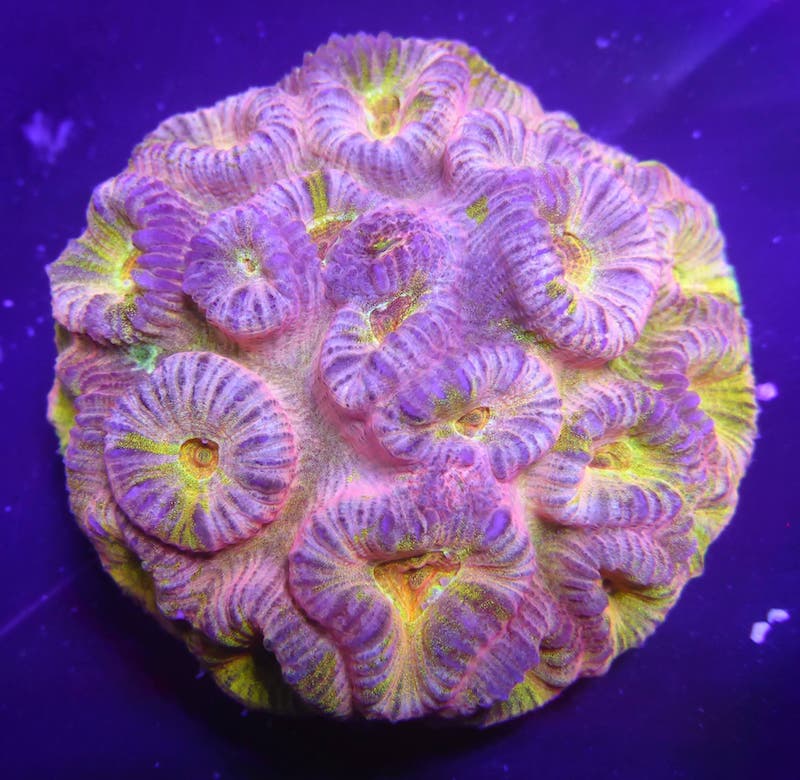 These two colonies were collected in Western Australia by Ocean Reefs Marine Aquariums and they show a radical mix of pink, orange and yellow coloration. These three different colors fluoresce at different wavelengths and it would be super fun to see which color dominated under royal blue, regular blue, and deeper ultraviolet wavelengths of light.