Once upon a time, successful captive breeding of marine fish was pretty much limited to clownfish and new successes were heralded as huge triumphs. Nowadays there’s announcements of new species culturing breakthroughs fairly regularly and these are usually fish that are easier to breed, or highly valuable and therefore lucrative.

The biggest side effect of this is that a handful of marine fish are primarily available as captive bred, and it’s hard now to find regular wild-type strains of many clownfish species. Whatever you thin of domesticated clownfish varieties, it’s been a great boom for reef aquarium fish breeders and it has captured the attention of many new saltwater fish keepers.

Alas, thus far the extreme variation we see in domesticated marine fish is more or less limited to clownfish varieties but we feel there’s a few other species who could make great candidates for domestication. To be clear, it’s nigh impossible to improve on the perfect body and coloration of wild type fish, but it’s fun to imagine what could be possible with a few selections of captive breeding in the following five species of tropical saltwater fish. 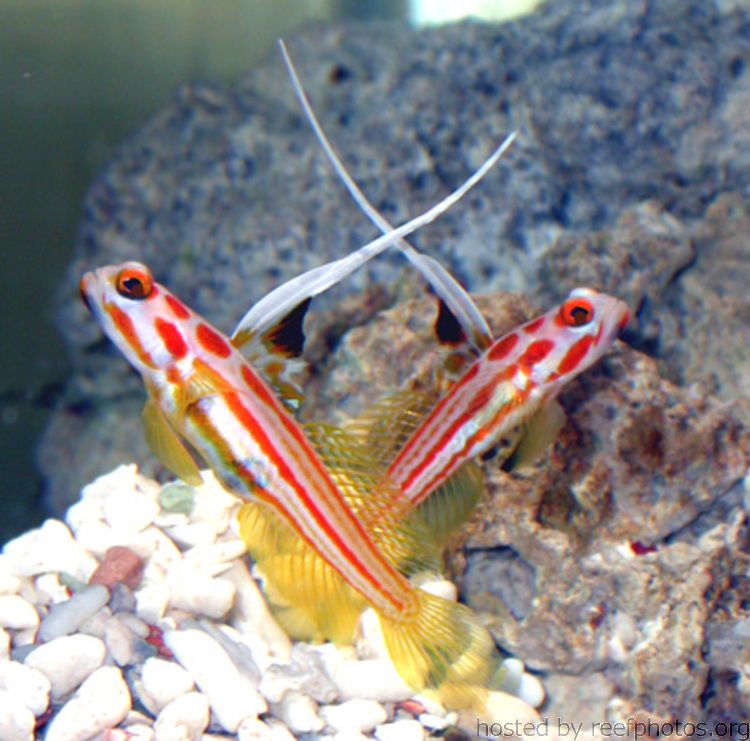 For this list I’d like to start off by suggesting literally ANY species of goby since they all have so much potential in aquaria. But one species which has been bred and that already has a fun palette to start with is the Yasha goby. We’d love to see a solid white, solid red, more spotted, more striped varieties of yasha gobies and let’s make the dorsal fin twice as long while we’re at it. 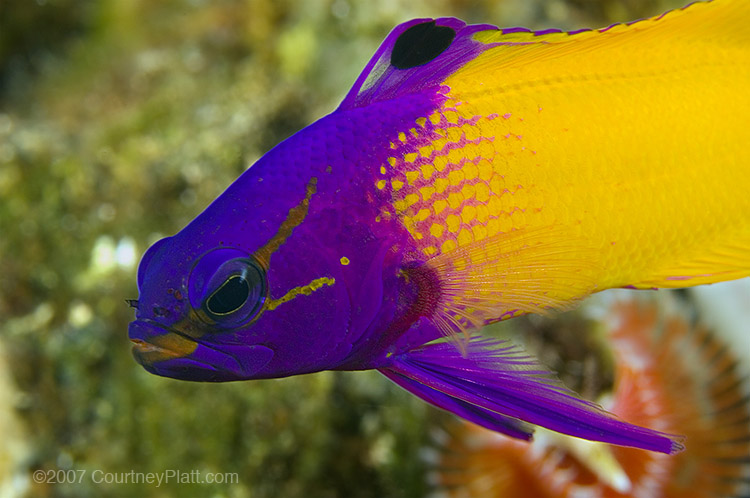 The Royal Gramm is in our opinion, the quintessential reef aquarium fish – it has been bred in captivity, it’s colorful, peaceful, cheap and stays pretty small. Unfortunately it’s the affordability factor which has precluded this species from enjoying the same kind of captive breeding efforts as clownfish. But it doesn’t take too much imagination to dream of what could be possible when captive breeding a fish that’s bright yellow and purple. 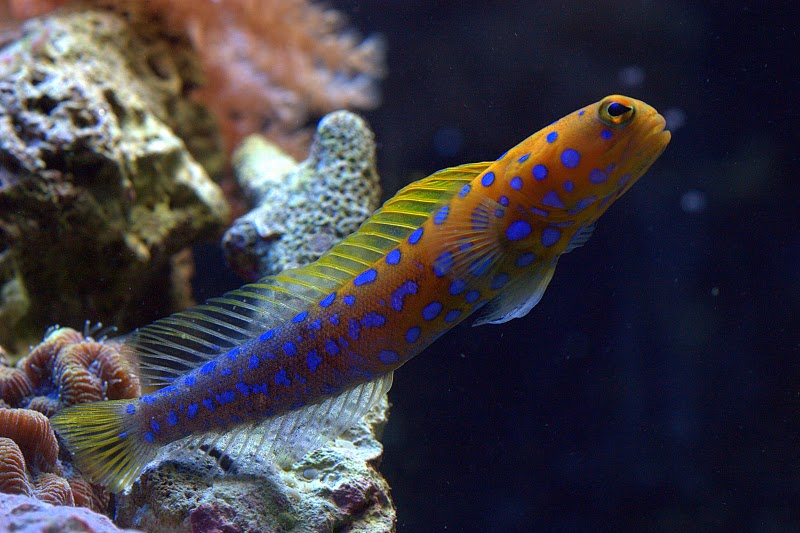 Jawfish have also been bred before, but it’s not a regular ocurrence which is a shame because the bluespot jawfish would offer up a world of possibilities for line breeding. We’ve already seen slight wild variations of blue spotted jawfish which have a more golden yellow base coloration and the blue spots can sometimes merge into faint stripes like in the closely related Panamanian jawfish. 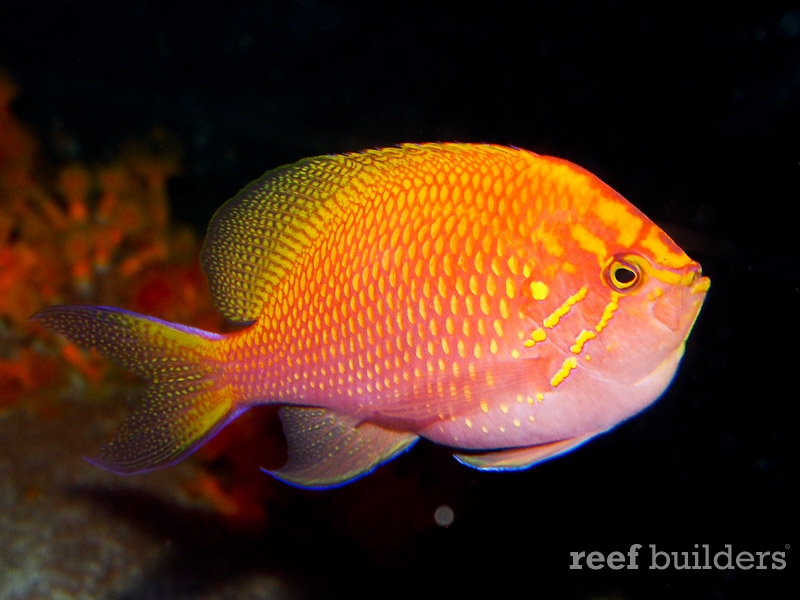 The sunburst anthias is our selfish choice for this list. This small colorful species has one of the smallest maximum size of any aquarium anthias species and it’s surprising that the borbonius has been aquacultured while the sunburst hasn’t. This is obviously due to the relative value and scarcity of borbonius which sometime struggle to adapt when collected from very deep, while sunburst anthias are common and widespread. While it has less patterning that captive breeders could tweak, but that yellow and pink body coloration and facial stripes could vary in ways that we can only imagine.

See also  Can We At Least Talk About Captive Breeding Defects? 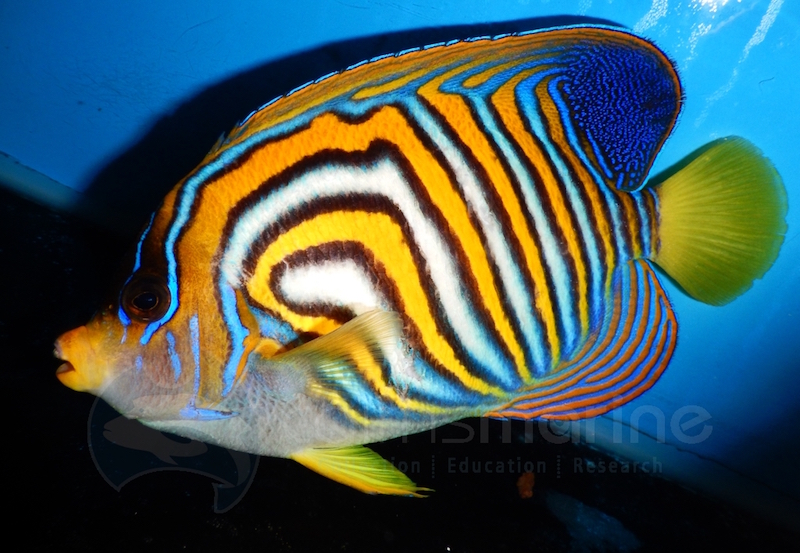 We’ve seen a wealth of new angelfish species being bred in the last decade – so far all genera of angelfish have been captive bred except for the Pygoplites regal angelfish. Even when not line bred for variation we already see the development of aberrant barring in both annularis and cortez angelfish from Bali Aquarich. However we don’t even need to imagine what aberrant regal angelfish since we already see what’s possible in many wild variations.

Xanthic specimens, scribbled barring and even a crazy looking variety with an all yellow body and virtually no bars have been collected from the ocean. Captive bred regal angelfish would be the wildcard of domesticated angelfish with a bewildering array of possibilities in variations of their color, stripes and more. Again, as with all marine fish it’s hard to improve on the natural wild type appearance of tropical marine fish but for supporting captive breeders and getting aquarists excited about cultured fish, the above fish would be great candidates for captive breeders to experiment with.