Specially designed LED lights for refugiums have been becoming more common in the reef aquarium hobby lately and the EcoChic 8831 from Tunze is the latest entry. This sleek nano size LED is small, sleek & waterproof so you can mount this striplight just about anywhere you want, even underwater.

With a special combination of blue and red LEDs, the resulting magenta colored spectrum is specially designed to drive photosynthesis of green plants like macroalgae like Chaetomorpha and microalgaes for turf scrubbers. But don’t let its small size fool you, the Tunze EcoChic 8831 LED might be ‘only’ 10 watts but this power is spread across a plethora of medium output diodes for maximum luminous efficiency.

The newly developed algae-powering striplight will be especially useful for use in macroalgae reactors such as Tunze’s own forthcoming MAR 3181 & 3182 models. We presume the EcoChic 8831 refugium will be similarly priced to the 8811 Marine and 8821 White at $75 which is the right price point for algae growing applications. 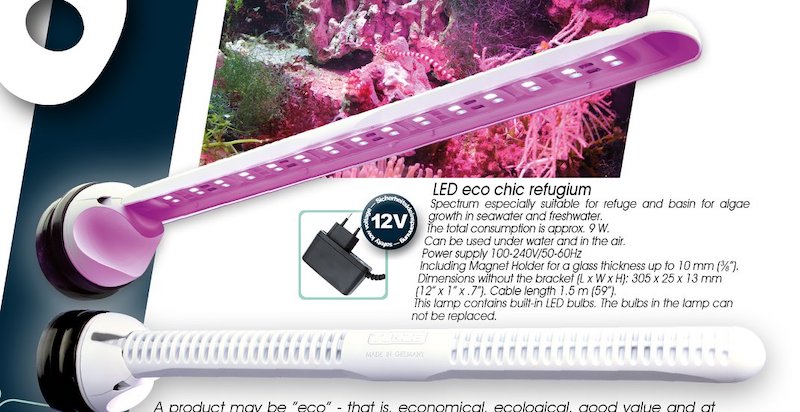 Unlock the Secrets of Light with the WaveGo Portable Spectrometer