Tunze has a new Macroalgae reactor in the works but it’s not the two models we showed you back in May. Unlike the two we saw at InterZoo in Germany, the new Tunze Macroalgae reactor has a lot more refinements which should make it more effective and easier to use and maintain.

The other major change is a new quick-disconnect lid with embedded magnets as well as thumbscrews. Again Tunze has not yet finalized the release of their previous two models of Macroalgae Reactors but the improvements of this new model should make even better at absorbing pH-depressing CO2 and capturing unwanted nutrients for export. 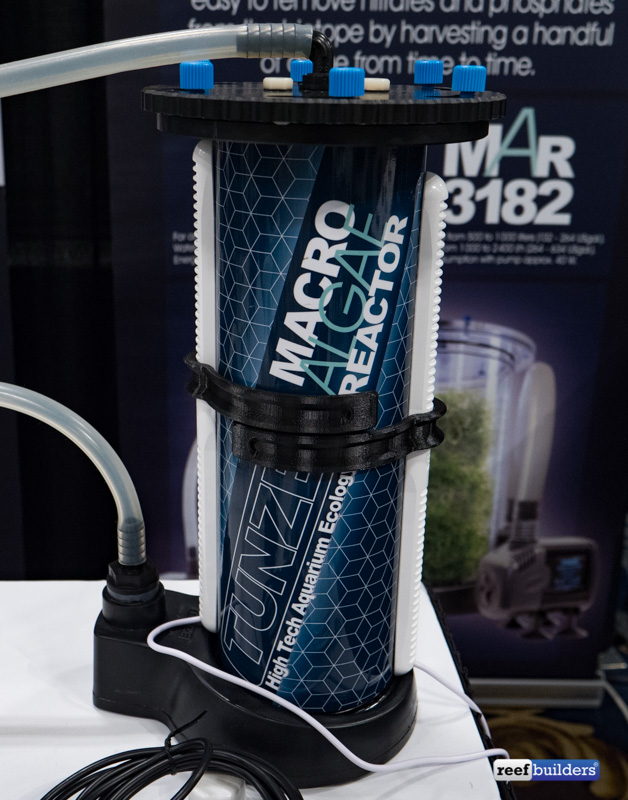