Marineland was the first real big manufacturer to offer a mass produced LED light and they’re back it with an exciting new fixture which is more than ‘reef capable’. The Marineland Double Bright LED light was ahead of its time – nine years ago – but the new modular Track Light certainly has a lot of interesting features going for it. 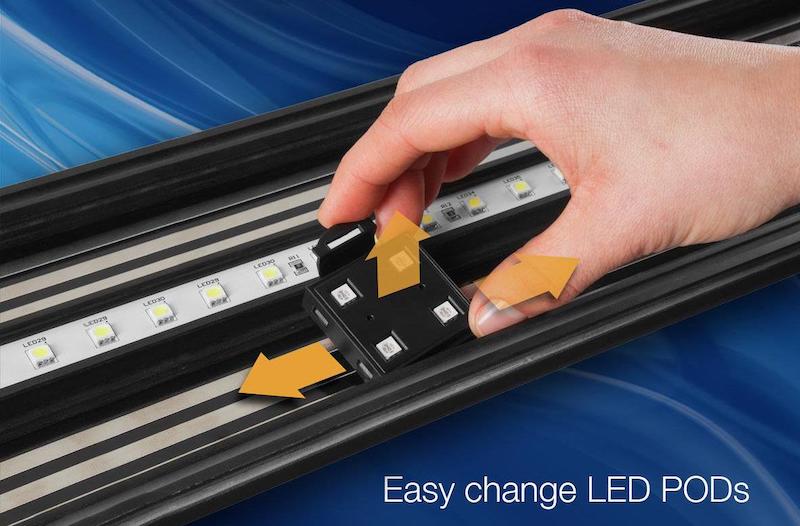 The Marineland Track light LED fixture is an interesting concept which is essentially a fixture that accepts a number of LED modules which can be mixed and matched to create a desired lighting spectrum. We’ve seen this many number of times over the years, the Maxspect Mazarra comes to mind and more recently/currently, ZooMed’s AquaSun LED HO. 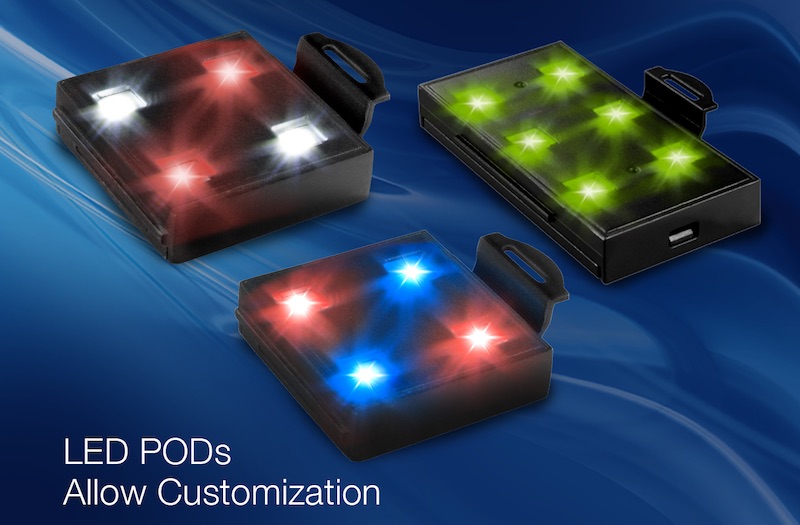 The Marineland Track LED Light is basically a shell of a fixture that merely supplies power to interchangeable LED ‘pods’. There are nine different LED pods in different colors and combinations, including white, cool white, 50/50 blue & white, RGB with or without remote and several other specialized in reef or planted tanks. The timer functions are provided by an inline timer which can ramp up and ramp down at a desired time. 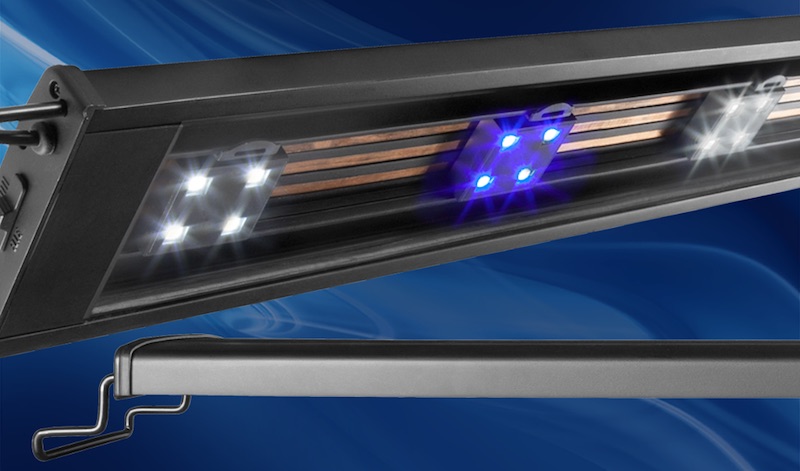 This flexibility sounds really good on paper but not being able to control separate color channels puts this light at a disadvantage compared to other more ‘contemporary’ models. This might be a shortcoming for some LED power users but if you’ve got a specific spectrum in mind and you want to stick with it, we bet you could probably put together some really nice light & color using the Marineland LED Track Light. [Marineland]