The Seltz D line of controllable AC pumps are Hydor’s latest new product category for use on a wide range of fresh and saltwater aquarium applications. It’s only the second company to develop and release a controllable return pump that uses alternating current which eliminates the need for an AC/DC power supply, reducing both cost, and a point of failure.

If you wanted respectable water flow from a propeller pump before the Koralia, you had to shell out big bucks for quality but expensive models. Hydor made a big splash onto the reef aquarium scene with the capable and affordable line of Korallia propeller pumps, and this is precisely the angle they seem to be taking with the new Seltz D pumps. 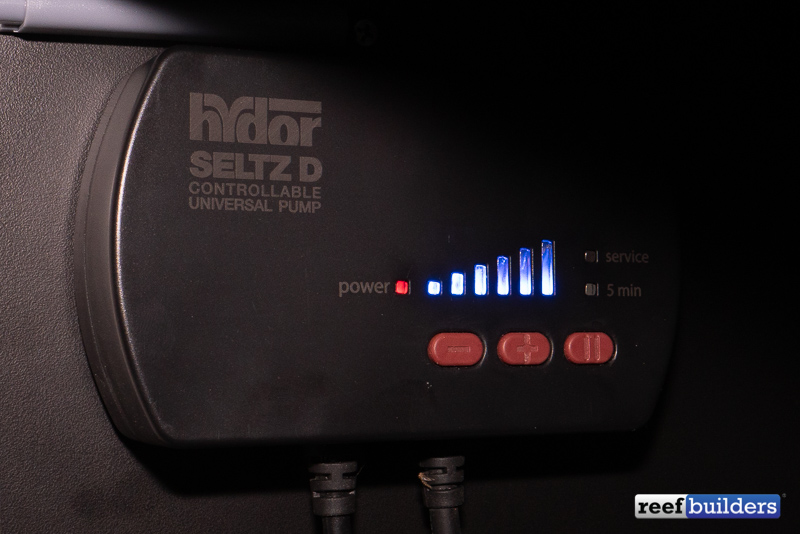 Besides the lack of the power supply, Hydor’s Seltz D pumps are wholly unremarkable with a conventional looking body and a custom but normal controller box. It’s partly this pedestrian design which has kept the Seltz D pump from garnering more hype and attention but a closer look at Hydor’s new pump reveals some unique features and advantages.

First of all, the use of an AC motor does mean that this pump is not as efficient as a comparable DC model but, it also means that it doesn’t have the same pitiful flow curve that we expect from voluminous DC pumps. So all in all you’re still getting roughly a similar gallon-per-watt flow rate from the Seltz D since you’ll have to use a bigger DC pump to meet the real life volumes of a controllable DC pump. 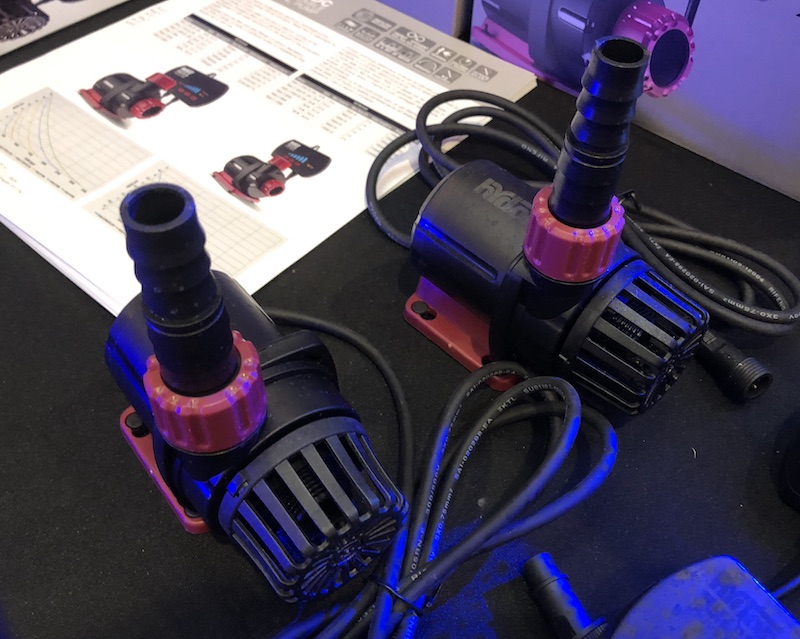 But if we’re keeping it real, the biggest reason to consider the Hydro Setlz D is that it’s the ‘cheapest controllable aquarium pump’ not built in China. Compared to the Seltz D 1600 you’ll have to shell out at least $100 more for a brand name return pump and almost $200 more for a controllable DC pump that moves as much water as the biggest Seltz D 3200, it’s not a small difference!

The Hydor Seltz D 1600 is the third pump we’ve tried out on our Red Sea Reefer Peninsula 650 and after more than four months of use it’s definitely our favorite of the bunch. We would go so far as proclaim the Seltz D 1600 the best value pump for Red Sea’s biggest Peninsula Reefer because it pushes an ideal flow rate at full speed – 1,600 gph nominally but drops to a reasonable 1,000+ gph at four feet of head pressure in this setup. We wouldn’t recommend any more flow since the stock filter system isn’t really designed for it (without getting noticeably loud & splashy).

The pump itself is impressively quiet even without the use of sine wave signal technology of DC pumps, and the driver even has an indicator light to alert users when the pump requires servicing, although ours hasn’t come on yet. Other than that, the pump comes with a sensible intake strainer for submerged use, as well as unions for both the inlet and outlet for easy removal when it’s used inline or plumbed in.

There’s really only one teeny tiny criticism we can make about the Seltz D and that’s the feed timer which is limited to 5 minutes when we’re used to much longer intervals of 10 or more minutes, but to be honest we don’t use it all that much on this particular reef display. If you’re reefing on a budget or just want a controllable pump but don’t need wireless access, programming, or any number of features most of us never use, the Hydor Seltz D is by far the best value in adjustable flow you can get in the aquarium hobby today. [Hydor]

Hallelujah Bounce Shroom is a Miracle of Colorful Bubbles