The common royal gramma is one of our all time favorite fish which is why we were completely captivated when a new, much rarer species was discovered nearly ten years ago. In the intervening decade we have practically worshipped Gramma dejongi going all the way to the Netherlands to see this fish for ourselves, and then documenting it every chance we got.

The rarity of Gramma dejongi combined with the legal barriers that prevents American aquarists from purchasing this Cuban reef fish has made it one of the most ‘unobtainium’ rare fish in modern times, until now. It was just two years ago that following a lengthy roundabout and legal acquisition of the golden basslets, Todd Gardner cemented his place in aquarium history by becoming the first person to breed Gramma dejongi.

Initially, only a few fish were successfully raised as a proof of concept, which shouldn’t have posed too much of a challenge since the breeding of the common royal gramma has been well documented for more than two decades. But in a very exciting turn of events this week it has come to our attention that Mr. Gardner has continued to culture Gramma dejongi, refining both the success rate, numbers and quality of this highly sought-after fish.

The yields of cultured Gramma dejongi apparently have risen to the point where they will now be available to purchase from Biota. The supply of Dejong’s Gramma will be semi-regular as their culture is now yielding more than a handful per clutch, but will never be anywhere near as prolific as captive bred clownfish.

We recently received photographs of some of the most recent generations of captive bred Gramma dejongi which display nearly flawless appearance. Both the deep yellow-gold coloration and the magenta colors are very vivid and they body shape and fins are pretty much perfect as far as we can tell, and appear pretty much identical to their wild counterparts. 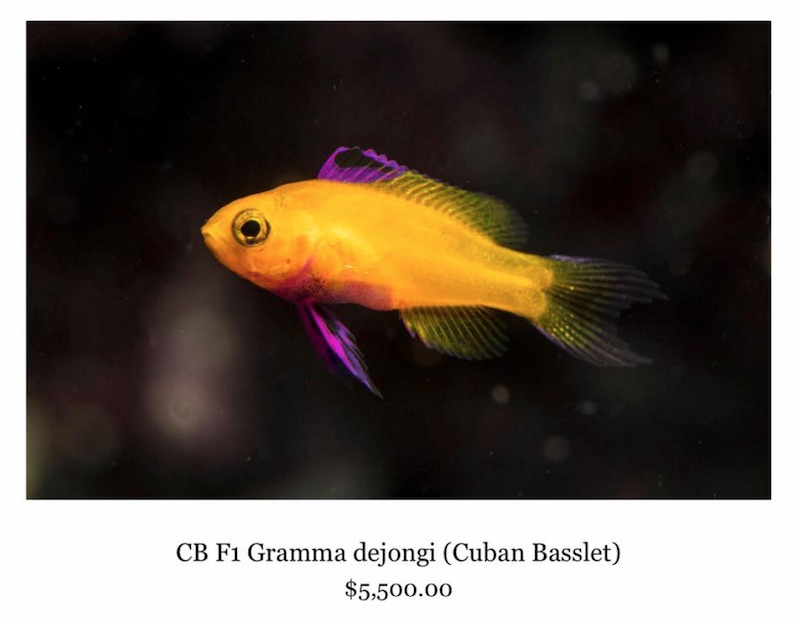 Although the initial supply of captive bred Gramma dejongi from Biota will be somewhat limited, the cost has come down a long way since the initial offering price of $5500. We can still expect this fish to command a premium for years to come but as more are produced, in time many more of us will have a chance to own Gramma dejongi, the fish that rocked the world of rare aquarium fish oh so many years ago.

Mastertronic is a New Water Testing Machine Under Development