Rainbow Road Chalice Coral is a Bundle of Woah!

Over the years we’ve seen our fair share of wildly colorful colonies, from all three genera of chalice coral. We’ve collected some pretty nice and bombastic chalice chalice corals from the Solomon Islands ourselves but this new example from Candy Corals has to be pushing the limits of chalice coral color, Right? 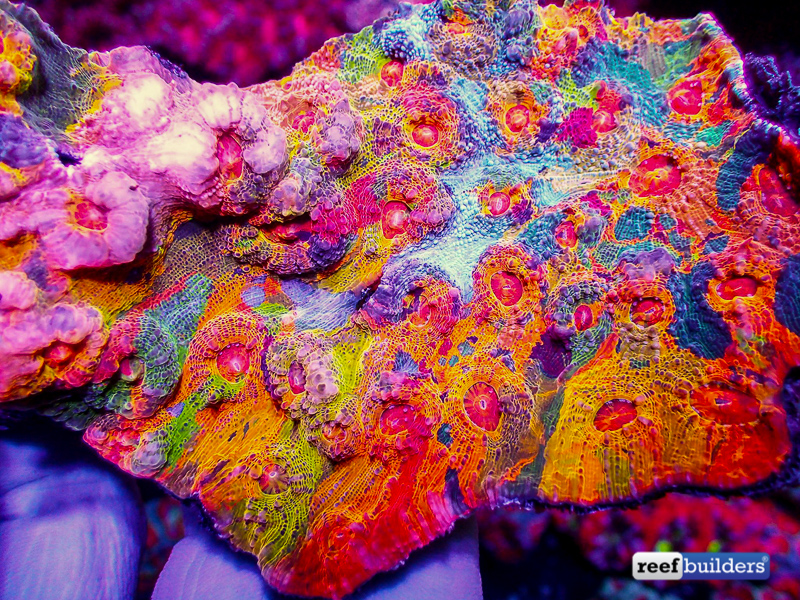 The ‘Rainbow Road’ chalice coral is a truly spectacular colony of Echinophyllia echinoporoides from Indonesia that Candy Corals has been conditioning for well over a year. Under moderate light provided by T5 fluorescents supplemented by ReefBrite LED strips and moderate nutrient level, the Rainbow Road Echinophyllia appears to have every possible color all mixed into one gorgeous plating LPS. 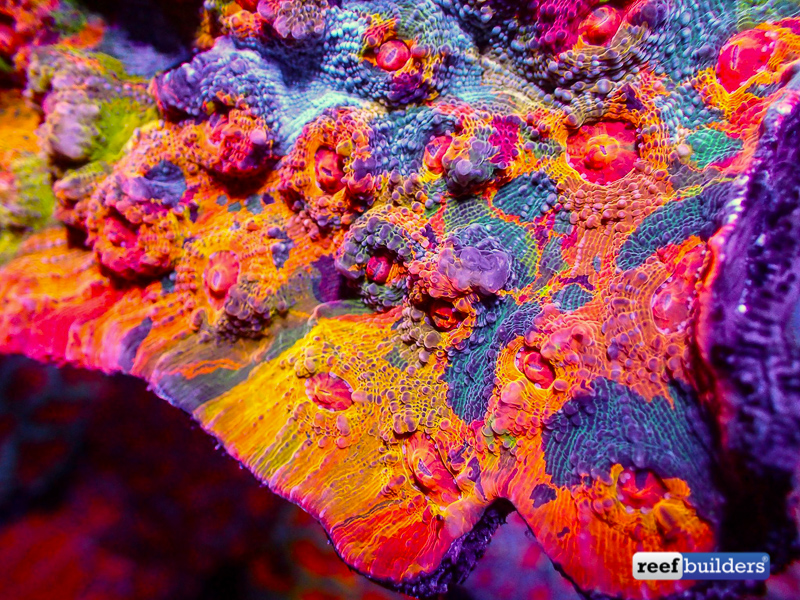 The only features missing from the Rainbow Road chalice coral would be a colored growing edge – which could still arise under certain conditions, and oral discs colloquially called ‘eyes’ of varying colors. If there’s one drawback of Candy Coral’s exceptional Echinophyllia is that the colors are so abundant and diverse, how do you even frag a piece of it which includes the spectrum of the rainbow? 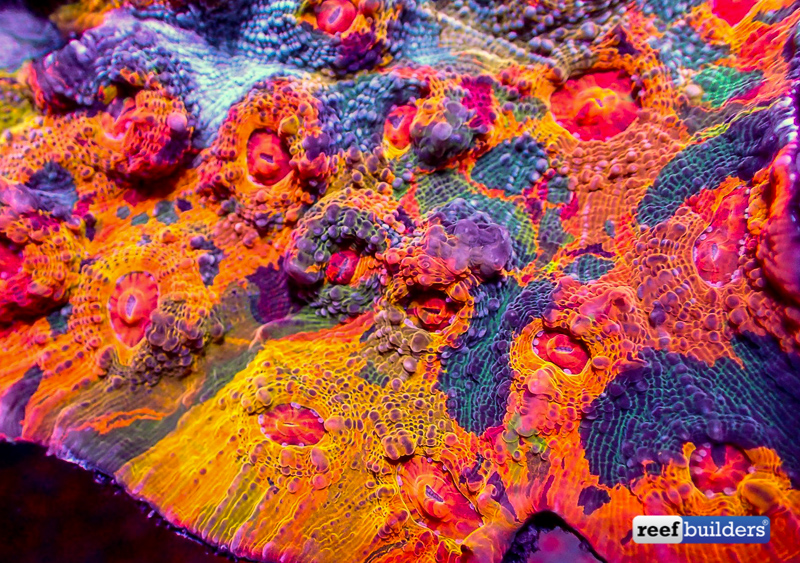 That being said, we hope Afnan & Co at Candy Corals have an extra piece of this coral or plan to frag it soon because this kind of colorific Echinophyllia really deserves to be propagated and safeguarded in the aquarium hobby one way or another. After more than a year of care and conditioning this exquisite chalice coral is quite the showstopper so now it’ll be interesting to see how the frags of this very unique and special strain grow out compared to the mother colony.

Vincent Chalias to give Important Keynote at MACNA 2019 Banquet