Scientists Discover ‘Coraltropolis’ In The Cold Waters of British Columbia

900m (3000ft) below the surface, on the side of an underwater volcano, may not be the first place you’d expect to find a dense community of corals. Yet on a recent expedition, scientists were awestruck by the number of living corals and sponges thriving in this unique deep-sea habitat, Explorer Seamount.

Scientists from Fisheries and Oceans Canada teamed up with staff from the Canadian Coast Guard, Ocean Networks Canada, and the Nuu-chah-nulth nations to continue surveys on the Explorer Seamount 250km west of Vancouver Island, British Columbia. 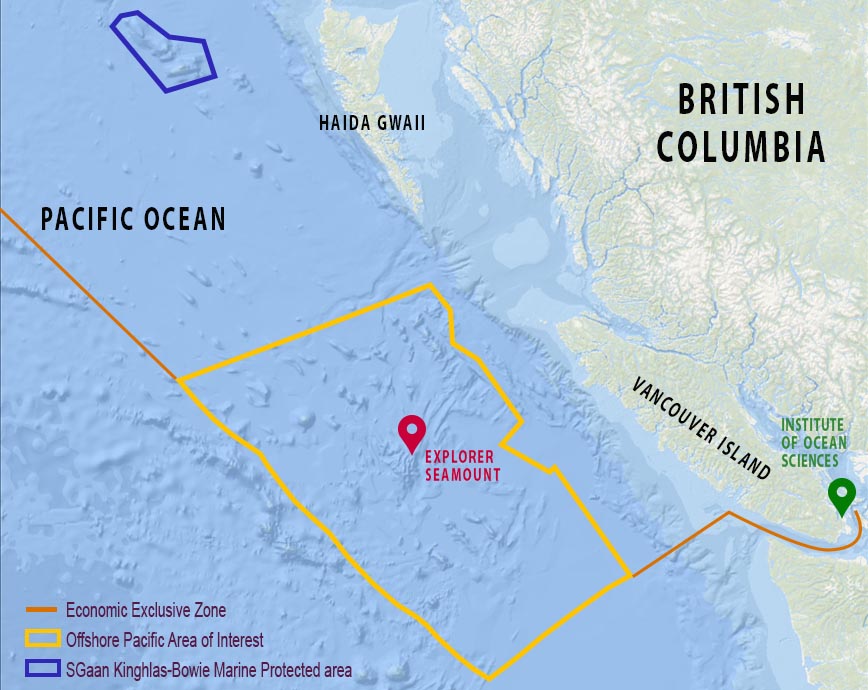 Cup coral, black coral (Stichopathes), bamboo coral, and bubble gum coral (Paragorgia), Swiftia, mushroom coral and “zombie Zoanthids” were just a few of the highlights observed on this trie. Images from last years expedition were uploaded to inaturalist and assuming this year’s images will also be compiled in the Marine Life of the Northeast Pacific page.

Using a deep-sea ROV dubbed “BOOTS”, the expedition will help expand the dataset collected on a 2018 Expedition and provide information for the conservation and management of these deep-sea ecosystems. The Explorer Seamount is found at the center of a potential Offshore Pacific Marine Protected Area, and it’s no doubt the images collected on this mission will serve as a reminder and baseline of why these habitats deserve protection.

The Bathyal Ocean Observation and Televideo System, also known as “BOOTS,” is a submersible drop camera platform containing high-resolution cameras, flood lights and sensors. Attached to and controlled from aboard the ship, it can dive up to 2000 meters while delivering real-time imagery and oceans data on temperature, oxygen levels, and depth. BOOTS was designed and built-in part at DFO’s Pacific Biological Station.

Coraltropolis was located on the west side of the Explorer Seamount and the slopes are dominated by fan and whip corals. The habitat seems to come in patches of glass sponged followed by higher densities of coral.

The reefs are more of an octocoral forest rather than a typical scleractinian hard coral reef, however, the complex branching corals and towering vase-shaped sponges provide important habitat for other species. Hiding in the spongs and clinging to the corals are squat lobsters, shrimps, sea stars, nudibranch, octopus, and fish.

These slow-growing deep-sea habitats are important to document and protect as they are vulnerable to dredge fishing and other threats. Deep-sea corals grow on average a few millimeters per year in water as cold as 3 degrees Celcius (37°F).

Over 80 species of cold-water (Azoox) corals have been identified or are believed to exist in coastal B.C. waters. These reefs can occur in both shallow coastal areas, some as shallow as 3-35m, as well as deep offshore waters as we saw from this expedition. 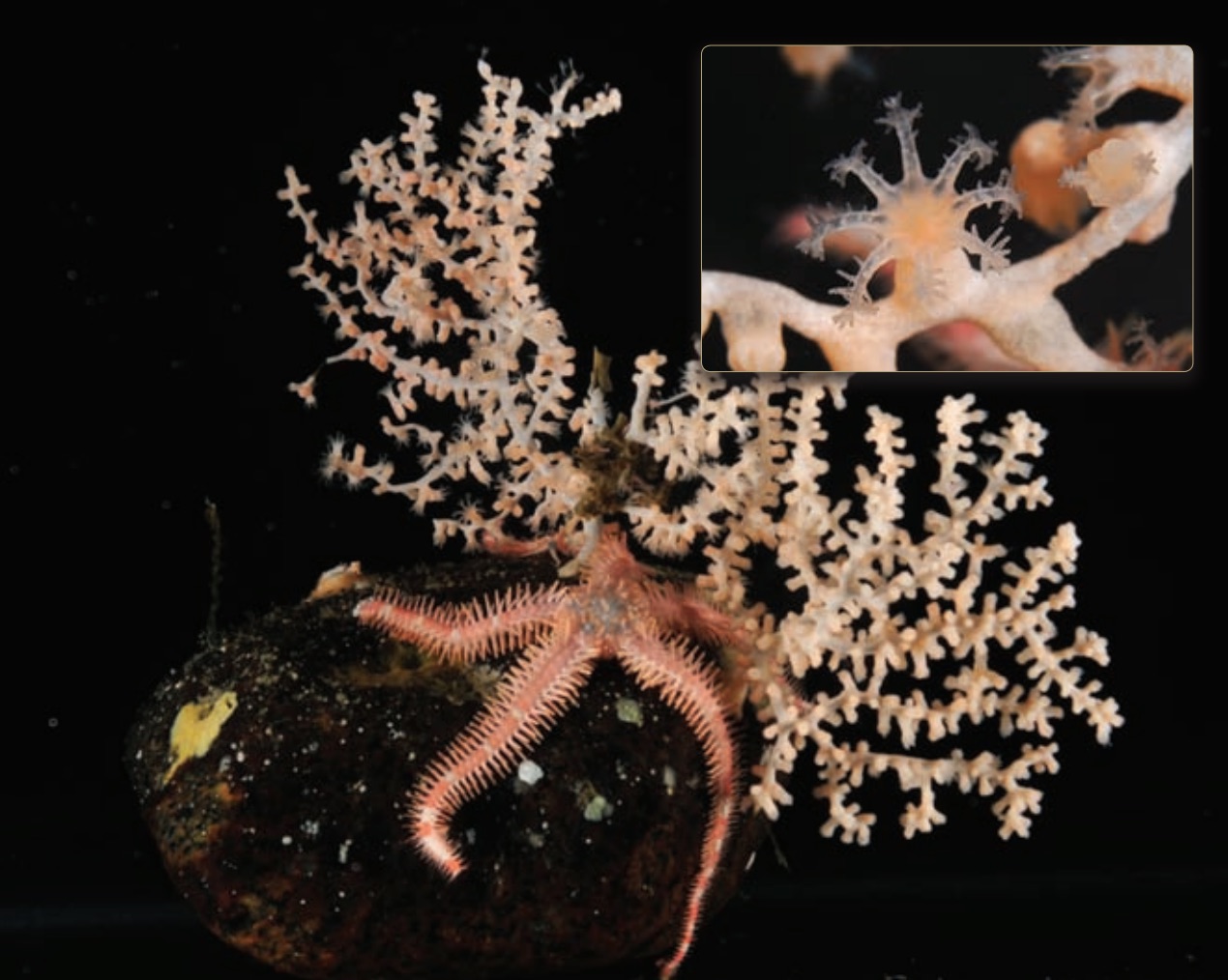 In addition to direct threats, the slow growth rate, long lifespan, and late age of sexual maturity of some corals and make them particularly vulnerable to threats such as climate change, ocean acidification, pollution, disease, and aquatic invasive species. It’s time to make sure these coral habitats are protected. Coral Water Coral Conservation Strategy.