Earlier this year we personally visited LiveAquaria to spend some quality time with one of the very few peppermint angelfish ever to be sold in the United States. Although we traveled to Wisconsin for our private peppermint angelfish party, as of this week visitors to the Steinhart Aquarium will be able to see the illustrious Paracentropyge boylei on public display. 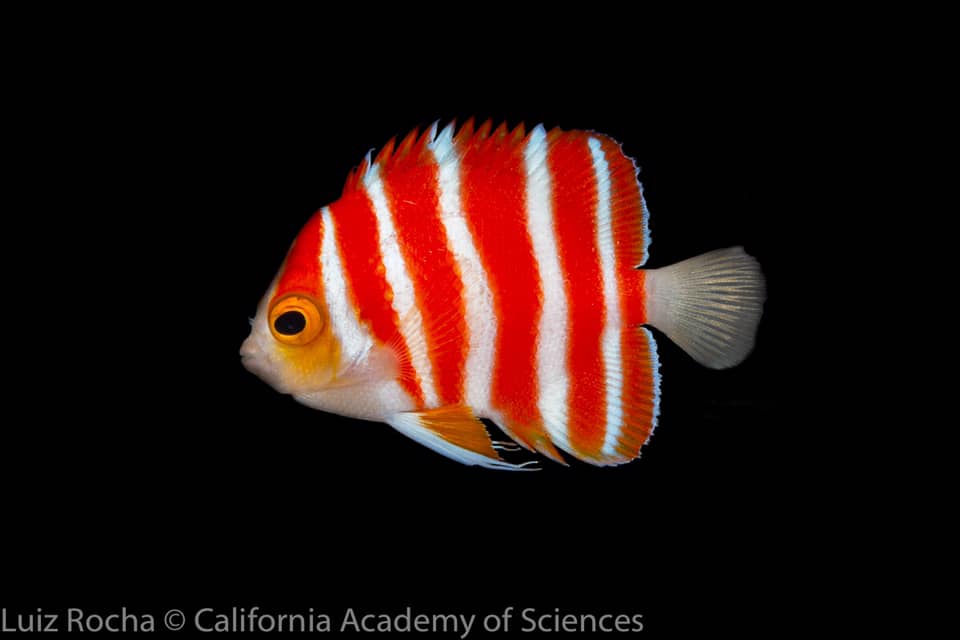 Earlier this year the deep diving crew of the California Academy of Sciences traveled to  French Polynesia and manage to collect a few specimens of one of the most striking saltwater aquarium fish in the world, the peppermint angelfish. Lead rebreather divers on the collecting trip included Luiz Rocha, Bart Sheperd and Tyler Phelps who collected a handful of P. boylei specimens between a depth of 110 and 150 meters, or 360 to 492 feet deep!

In order to safely bring back their precious live peppermint angelfish specimens, specially designed compression/decompression chambers were used to bring the fish to the surface. The pressure within the chambers was gradually released over a period of about 36 hours to give the peppermint angelfish ample time for their swim bladders to equalize with surface pressure. 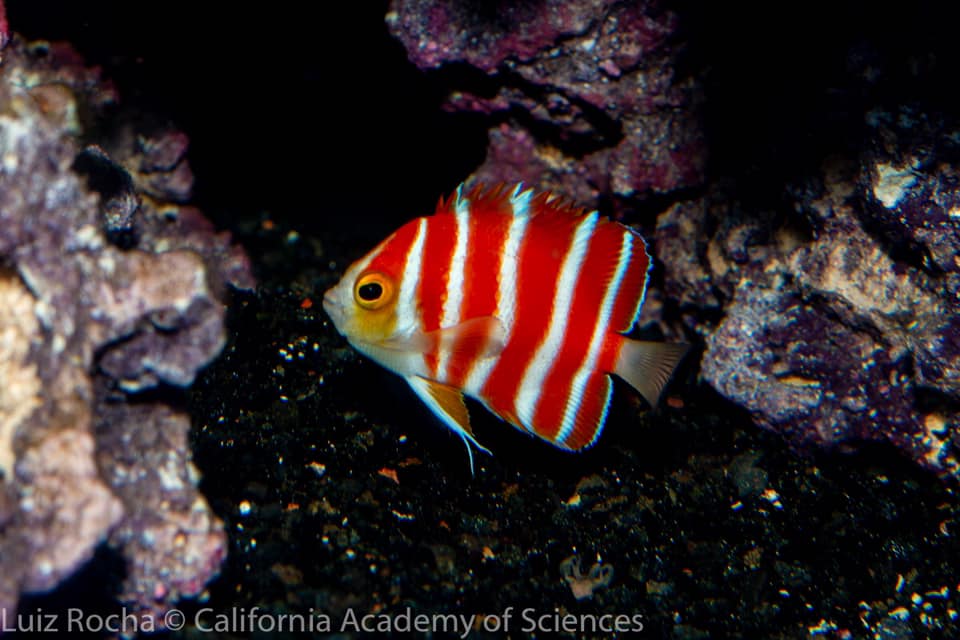 After about 30 days of conditioning in Tahiti and a further 30 days of quarantining under the watchful eye of Steinhart Aquarists Steven Yong and Nick Yim, the ‘pepps’ are rapidly turning into established aquarium fish. They were collected living in a temperature of 73°F but are now acclimated to 75°F and are eating a mix of frozen mysis and copepods, as well as enriched artemia. There are now currently three Paracentropyge boylei on display at the Steinhart Aquariums Twilight Zone Deep Reef Exhibits giving the public a rare chance to see this stunning fish face to face.

A Statement About the Source of the Red Sea Clams