From the very beginning we developed and produced the Australian flavor of ReefStock to be a showcase of Australia’s best corals. We especially wanted to accelerate Australia’s reef scene to adopt coral fragging and propagation but this year we were treated to something even more special in the form of captive bred target mandarins, Synchiropus picturatus. 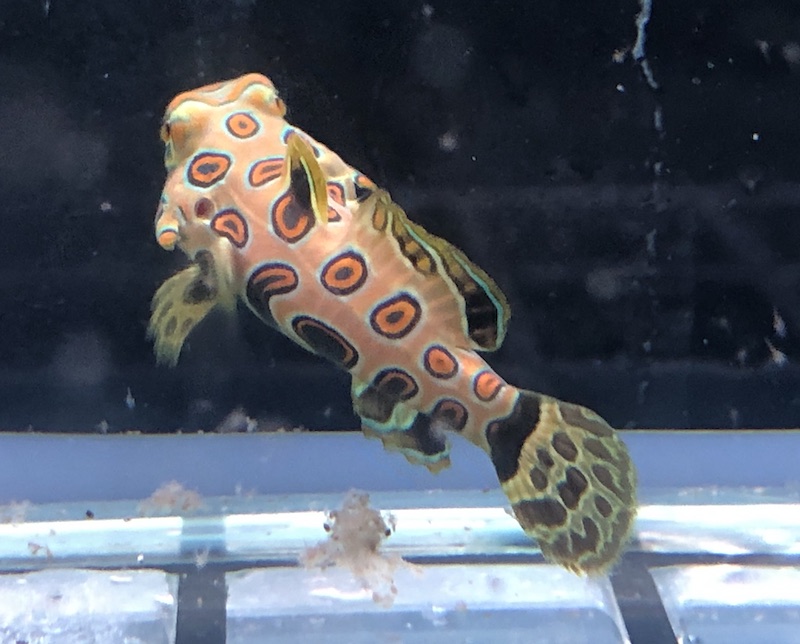 Housed in the Gallery Aquatica booth at ReefStock was a vertical wall of what appeared to be wet cubicles for common Bettas which held something much more special. Each of the little one liter mini tanks held just a single captive bred target mandarins at a size so small that we’ve never seen this species look so cute. 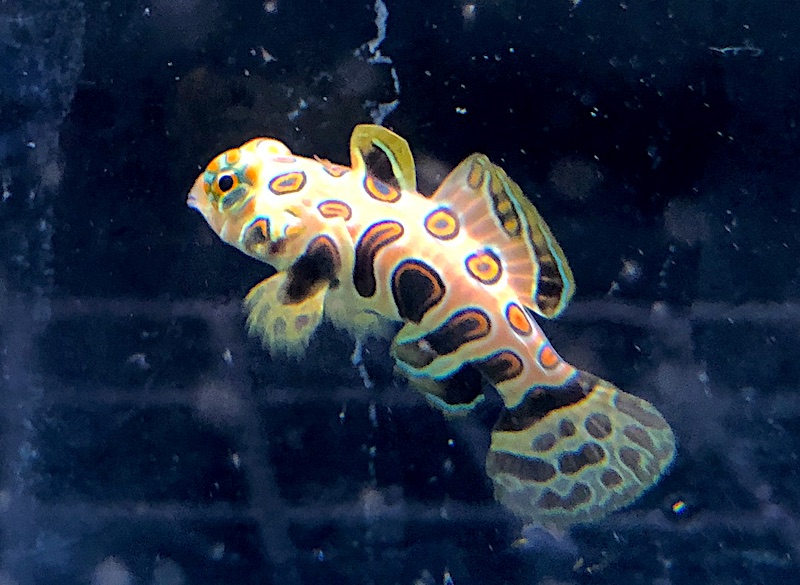 We were truly surprised to not only see how healthy and perfect these tiny target mandarins were, but also how many there were with their target pattern just beginning to develop from initial dark spots. While the breeder errs on the side of caution in insisting that buyers feed them newly hatched baby brine shrimp, we would quickly wean them onto prepared foods such as flakes and micro pellets. Australia seems to be pretty hot right now for captive bred ornamental marine fish and the newly produced target mandarin will hopefully encourage even more Ozzie fish breeding.

At ReefStock Australia we were treated to a school of very rare captive bred target mandarin dragonets, Synchiropus picturatus. They are SO cute, great personalities and amazing color for their size