Giant clams, especially the giant clam is one of the most fabled reef animals growing to absolutely massive proportions. After a fifteen year absence from the reef aquarium hobby Tridacna gigas returned through the farming efforts of Oceans Reefs & Aquariums better known as ORA.

As a diehard bivalve aficionado we raced to get a few small ‘gigs’ for ourself and have been growing them since about the middle of summer. It’s been a busy time between diving the Great Barrier Reef, producing ReefStock Australia, and covering MACNA in Orlando, so our clam collection has been growing on cruise control outside our watchful eyes. 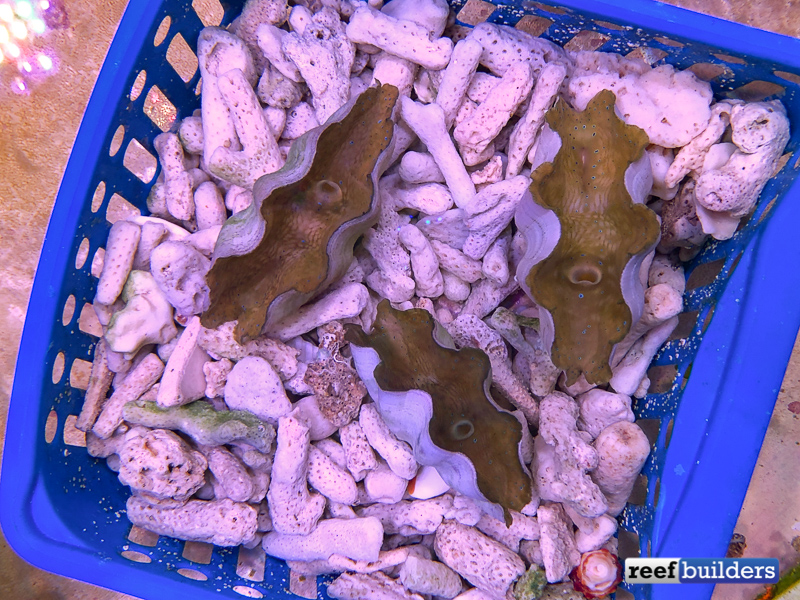 Although it’s been only six weeks since we received a trio of small farmed Tridacna gigas, the growth of their shells and mantle and the change in appearance has been nothing short of remarkable. The most noticeable difference is the nearly half inch growth ring clearly evident on the edge of the shell, that’s approximately 3mm per week!

The mantles too have undergone a similarly dramatic transformation both in their color, size and appearance. When the small Gigas clams first started shipping around their clean shells and drab olive mantles looked more like something you would eat than keep in an aquarium; but within a week the mantles had darkened and the blue spots really started to shine through, and this is even more evident two months later. 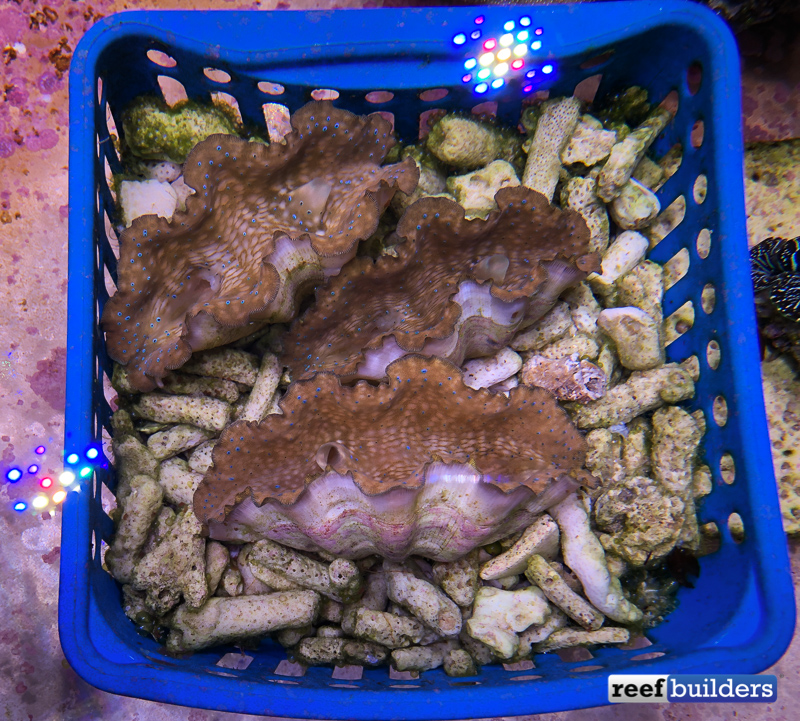 AS you can see our Gigas trio is rapidly using up the room in their small little basket nursery and at this rate it’s only going to be a matter of months before they will be too big for it. We always knew that the huge gigas clams grow very fast when they are young but seeing it for ourselves has been really impressive, and we look forward to nurturing them until they are bivalved behemoths.