The Red Sea ReefWave was first introduced to the public over a year and a half ago and finally, it appears that the Reef Wave is approaching a real release date. At InterZoo 2018 Red Sea revealed a multipack of heavy hitting reef gear including a skimmer, LED light, dosing pump and this licensed version of a MaxSpect Gyre pump called the Red Sea ReefWave. 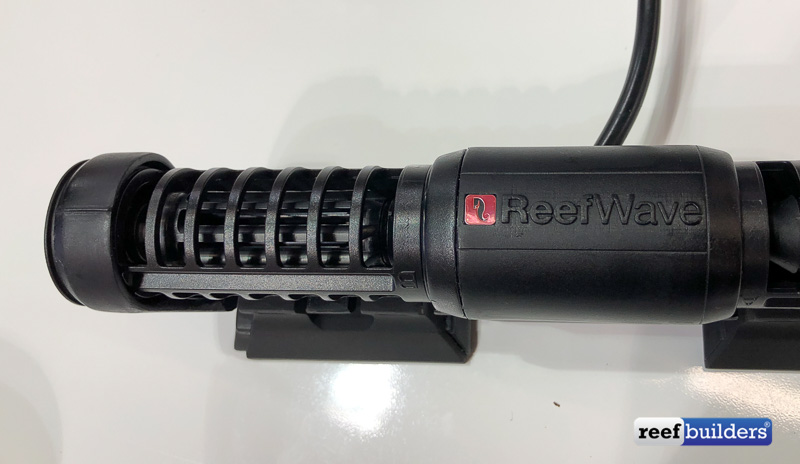 The Reefer Skimmer came out earlier this year and the ReefLED 90 started shipping a few months ago so now Red Sea has been able to turn their attention to getting their first flow pump out into the reefing hobby. Red Sea will be offering Reef Wave new gyre pump in two models, the ReefWave 25 and ReefWave 45, consuming up to 25 and 45 watts of power respectively. 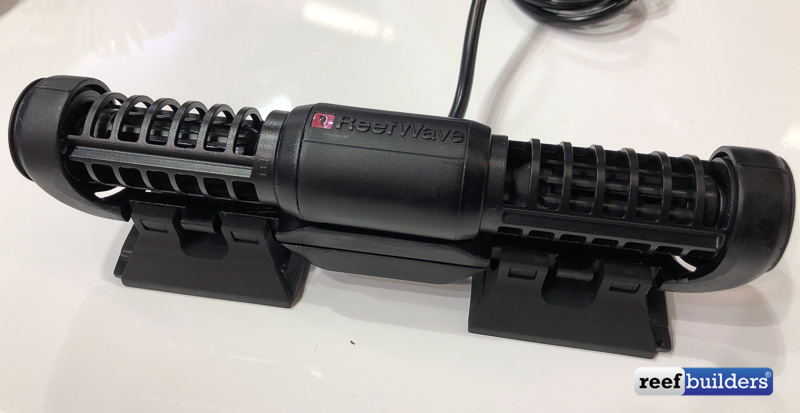 Anyone familiar with MaxSpect’s game-changing gyre pumps will instantly recognize the mechanics and function of the new pump from Red Sea, the smaller ReefWave 25 pushing around 7,500 liters per hour (~1,981 gph) and the larger ReefWave 45 capable of up to 15,000 liters per hour (3,962). As new as they are the ReefWave pumps by Red Sea take after the 300 series Gyre pumps with noise-dampening sine wave power signal, color-coded turbines or rotors for easy maintenance, and a single solid bracket to hold the pump and moving parts in perfect straight alignment. 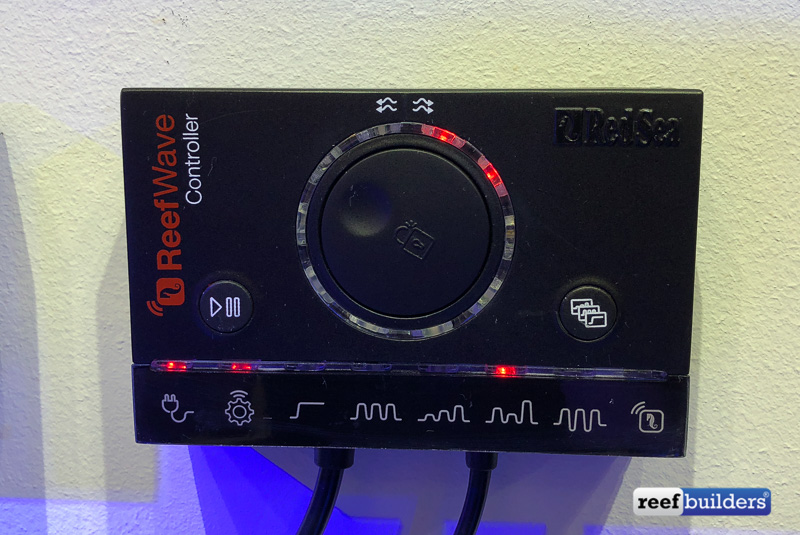 Many of these are minor refinements to an already celebrated reef aquarium product are well and good but the real ‘Red Sea touch’ will come from the unique connectivity and programming through the ReefBeat app. Red Sea has an established history of making reefing easier but still giving users flexibility and choice which is reflected in their smartphone app used to control the ReefLED 90 & 50 lights and which will be the hub for all their controllable products.

While we first got to see Red Sea’s new ReefWave gyre pumps last Spring at InterZoo in Germany, the company brought out both models to ReefStock Australia in Sydney just over a month ago. We are lucky that three great up and coming YouTubers Gordon Bell, Darren Berlin, and Sam Parker put together two great hands-on videos on the ReefWave 25 & 45 pumps. With their combined coverage we know almost everything there is to know about the ReefWave models except local prices and release dates.

We expect that the Red Sea ReefWave 25 & 45 will be comparable to the MaxSpect 300 series pumps in price, with the XF330 retailing for $299 and the XF350 priced at $349, and we wouldn’t be surprised if the ReefWaves came in a little under that. What we don’t expect to ever see is a dual pump style controller like MaxSpect has with theirs.

With one more major reef aquarium show just around the corner, we suspect that Red Sea will make one more public showing of the ReefWave at Reefapalooza in Chicago and probably release their water movers sometime this fall. After the Reefer Skimmer and ReefLED, the ReefWave will nail down one more piece of Red Sea’s complete reef aquarium ecosystem which will become whole once the ReefDose finally launches, probably sometime next year.