Mysis shrimp are so commonly just regarded as foodstuff for our aquarium fish we don’t often take the time and consider that they’re actually, you know, an important living organism. Sure you might catch sight of a little cloud of Mysis shrimp now and then in the sump or secluded areas, but little did we know that you might actually be enjoying a population of undescribed capital M Mysis!

This is precisely what happened at the public aquarium center Haus des Meeres, Vienna, Austria in a system of interconnected display exhibits. We’re curious to know how or what inspired the caretakers at Haus des Meeres to even take a closer look at their resident population of Mysis shrimp or even try to identify them to the species level. 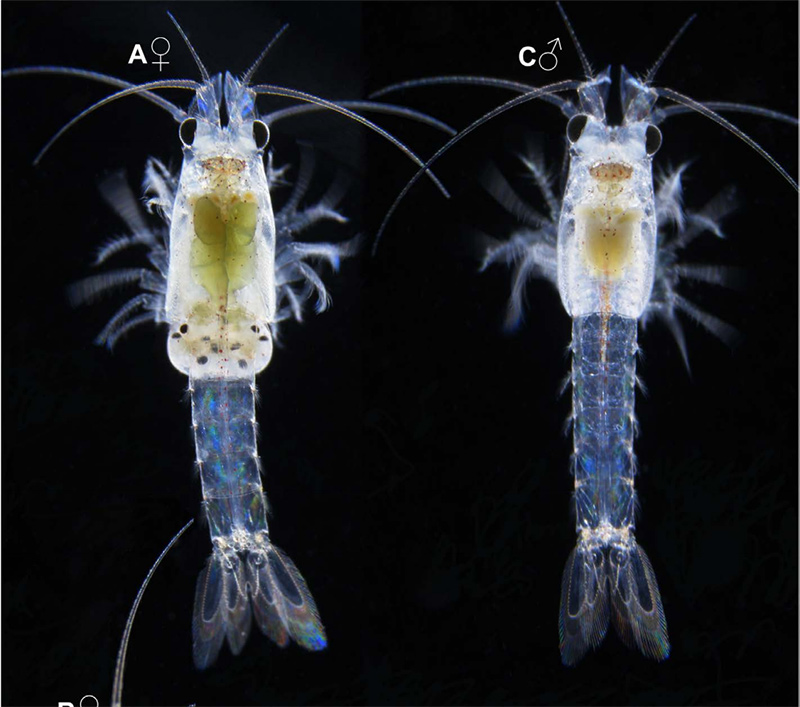 This is a rare case of a species being officially described without knowing where the organism came from, but the newly minted Heteromysis domusmaris is named after where it was discovered. Interestingly, this is actually the third time a new species of Heteromysis has been described from public aquariums, the other two being recognized from mysis sampled at the Aquarium of Kushimoto Marine Park Center, Wakayama, Japan.

With as diverse and complex as the life is on coral reefs, and how many places we get our corals, rocks and invertebrates from, there’s a solid chance that most mature reef tanks have some quantity of unknown or undiscovered critters. If you too took the time to familiarize yourself with every genus and species of mysis shrimp, amphipod, copepod, bristelworms, brittle stars and on and on you would almost certainly find something new, and who knows if might even turn out to be way more different than just a new species of mysis shrimp. [Crustacean Research]