Snow Storm Clownfish have a Dash of Blue!

The Snow Storm Clownfish from ORA is the newest strain of Amphiprion ocellaris to sport a nearly all white body coloration. This interesting morph differs from previous platinums and wyoming whites not only for the parent species, but also in how they were developed.

As the name implies, the Snow Storm Clownfish was created by crossing storm clownfish with snowflake varieties to create a fish which is nearly all white, with black fins. The eyes and a small portion of the lips are also black but perhaps the most interesting subtlety about the snow storm clownfish is the iridescent blue hue at the base of the fins and near the lips. 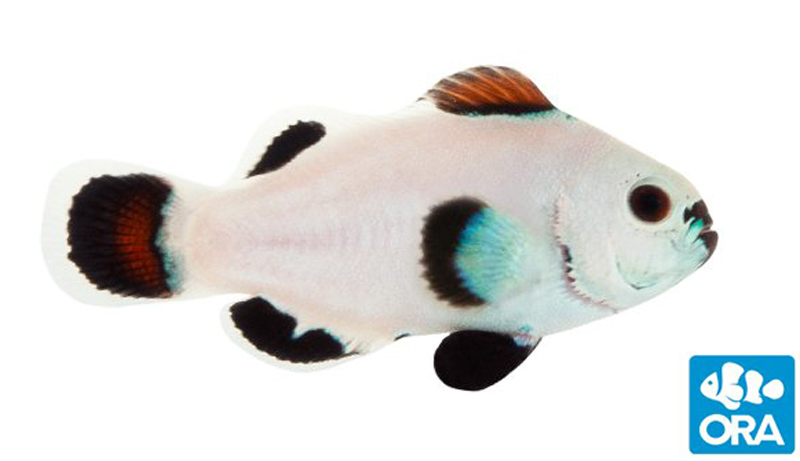 The blue color is reminiscent of the lustrous blueish green sometimes seen in clownfish strains such as ORA’s Black Snow clownfish and those from other breeders, but has proven difficult to fix or amplify in their offspring. The Snow Storm Clownfish was created by crossing the Black Storm clownfish to a Black Snowflake clownfish which means that its offspring can result in such diverse varieties as Snowflakes, Storms and Snow Storm.

Although there are plenty of all white clownfish strains, the dark eyes, small mouth patch and what ORA describes as ‘flashy fins’ on a ‘crisp’ white fish really does sound like a very interesting new clownfish and we can’t wait to see it for ourselves. [ORA] 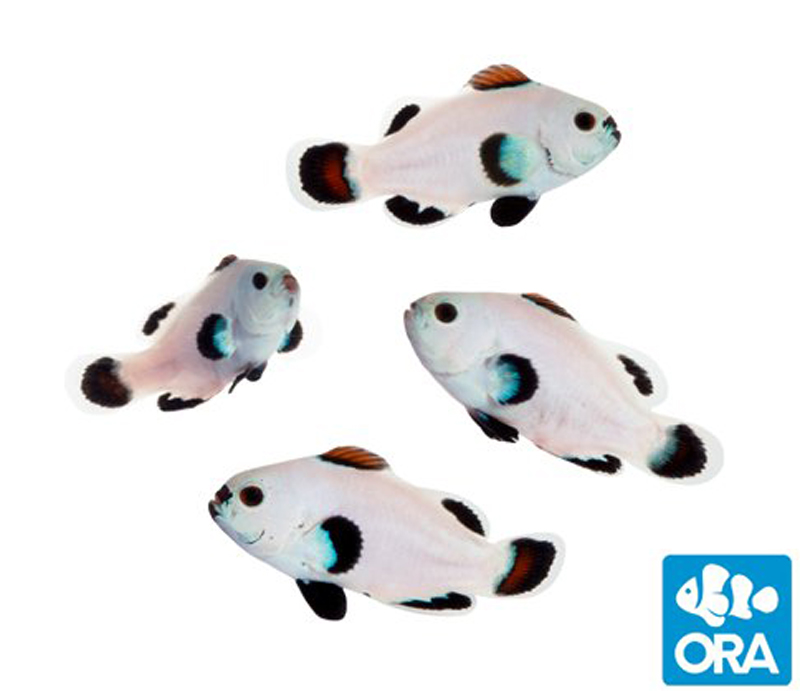