The AI Prime 16HD is the new and improved version of AquaIllumination’s wildly popular LED spotlight fro small spaces and nano reef aquarium applications. Not only is the AI Prime 16HD getting a major refresh, but it is almost developing into its product line with four spectrums to choose from.

Several years ago when it seemed like the AI Prime was almost a ‘perfect’ single cluster nano LED spotlight AquaIllumination went and made it even better with the HyperDrive feature. We couldn’t have suggested any tangible improvements to the AI Primes currently available on the market but AquaIllumination went and raised the bar more than a little bit with their new LED package that includes more colors, better lenses and even a moonlight channel for the AI Prime 16HD Reef version. 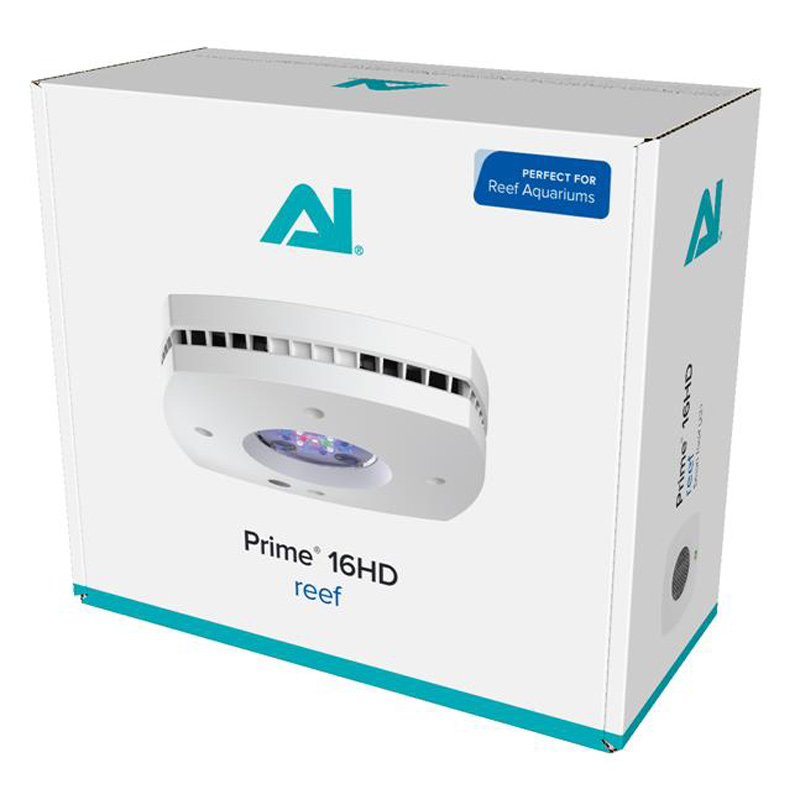 AquaIllumination’s refresh to the AI Prime 16HD includes a number of great improvements that are also part of the unannounced Hydra 32 & Hydra 64 we also wrote about today. What started out as essentially a single cluster borrowed from AI’s Hydra line of LEDs has developed into the LED spotlight for a myriad of uses.

Like its larger brothers the AI Prime 16HD Reef will benefit from more numerous and more closely spaced LEDs in its single cluster, as well as additional LED color control channels. The most notable of these changes is that interesting warm white colored single moonlight for faithful reproduction of lunar cycles.

The AI Prime is currently available in a Reef or Freshwater spectrum, as well as the recently released AI Prime Fuge, but the forthcoming AI Prime 16HD will add one more model to the mix with the introduction of the AI Prime 16HD Sol. As the name implies, the AI Prime 16HD Sol is a ‘tricolor’ cool white, blue and royal blue equipped version of the venerable AI Prime which is AquaIllumination’s answer for those looking for a no frills coral growing solution.

The new AI Prime Sol is a throwback to AI’s first really successful line of LED lights, the AI Sol, which was the first fixture to use more than one blue color LED. The AI Sol used both regular and royal blue along with cool white to get the most color and power, a recipe that has been imitated countless times since.

The AI Prime Sol should deliver the most critical parts of aquarium coral lighting spectrum while being both easier to program and about 10% cheaper than the other Prime 16 & 16HD lights. The AI Prime 16 Fuge, AI Prime Freshwater and AI Prime 16HD Reef will all retail for $209 while the simpler AI Prime Sol will carry a suggested price of $189. 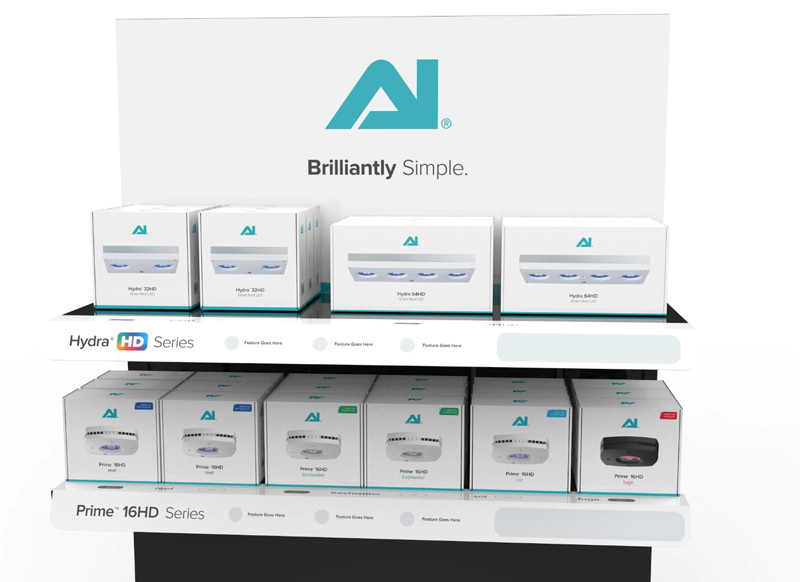 The most important changes to the AI Prime 16 are all on the inside and business end of the LEDs, the new colors, moonlight channel and especially that redesigned and very tight lens cluster which significantly improves the color mixing in all of the AI Prime 16 models. However on the outside the AI Prime 16 retains the same form factor as its predecessor, meaning that it will likewise retain backwards compatibility with all hanging kits, mounting arm and the gooseneck Flex Arm mount.

We again expect a formal announcement of availability next week and we are very eager to test out these new Primes in all their flavors very soon.