Tridacna squamosina is one of the least known, and most recently recognized species of giant clams (sort of). A fresh new set of pictures taken by Dawn Goebbels while diving in Kenya  really showcases some nice examples of the rarely seen squamosina clam from the Indian Ocean. 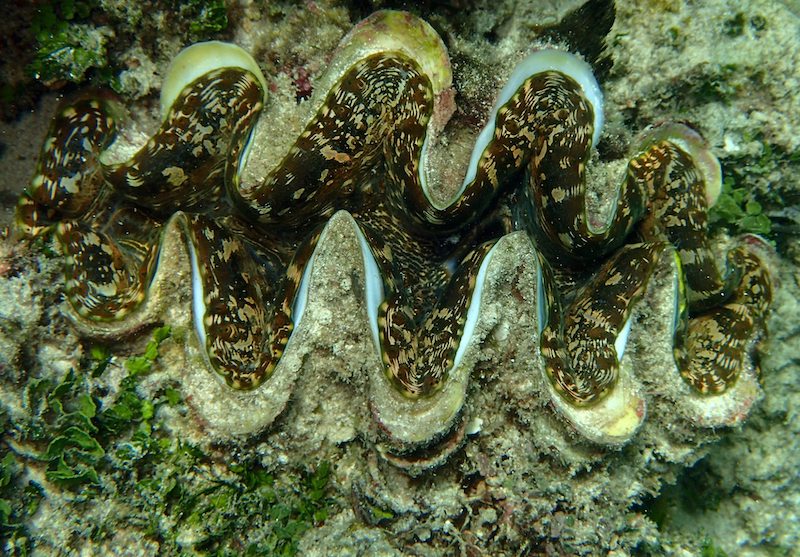 At this point you may be wondering if we’ve misspelled ‘squamosa’ for the popular and beloved Tridacna squamosa clam but no, we are indeed discussing the squamos-ina clam in this article. This species first really came to the attention of academic and aquaristic bivalve enthusiasts in 2008 with the description of Tridacna costata in 2008.

As it turns out this species was previously described more than 100 years before but like the described-then-forgotten Pacific Elkhorn coral, Acropora rotumana, the squamosina clam was all but forgotten about. We wrote extensively about this ‘new’ clam species as T. costata but that name is now considered a junior synonym of what most experts agree should be called T. squamosina. 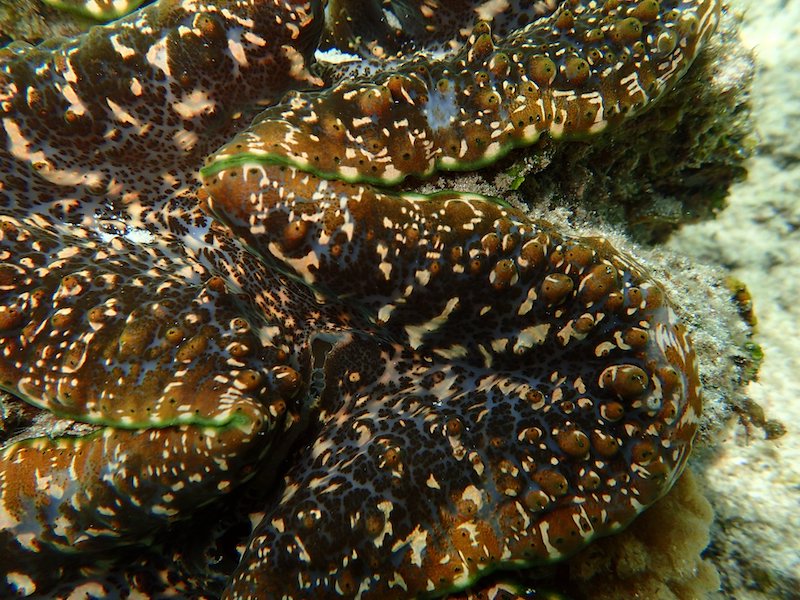 Although this species was only described from the Red Sea, these beautiful, mature adult specimens have all the hallmarks for some of the species defining characteristics of Tridacna squamosina‘s original description. While very similar in some ways to T. maxima and T. squamosa, the squamosina clam has stronger vertical shell folds, with a warty, bumpy mantle which is edged in a bright green outline, all features readily visible in these photographs.

Like the Noah & Ningaloo clams, it’s possible that these specimens are a distinctive population, or subspecies, or closely related species to the bonafide squamosina clam from the Red Sea, but at present the shoe definitely fits. While all these specimens photographed by Ms. Goebbels are brown, and described as much rarer than the locally abundant Squamosa clams, the pattern and especially the features of the clams certainly do bare some similarity with the blue colored clams we featured from Mozambique, roughly a thousand miles to the south.

There’s been a lot of activity in the surveying and researching of giant clams in the Western Indian Ocean lately so we hope to learn more about the real Tridacna squamosina clam, its defined range,  and the status of unusual giant bivalves up and down the east African coast, Madagascar and the Mascarene plateau in the years to come. 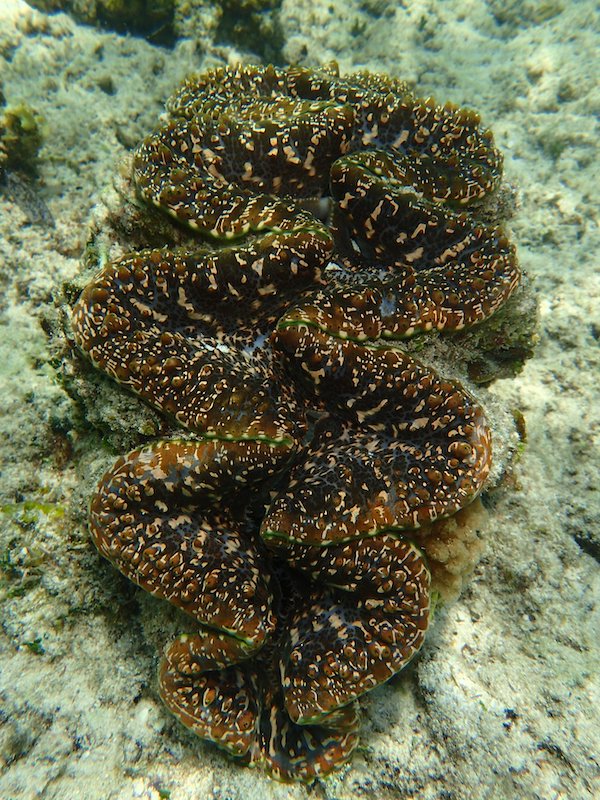