This Colorific Hammer Coral has a Trick up its Tentacles

Orange hammer corals have become all the rage since Australian coral exports first began, and we now can enjoy nearly all colors of the rainbow from green to ‘toxic green’ to orange, peachy, and even some shades of purple. However there’s one distinct type of hammer coral coloration which is still one of the most striking, and very rare to come across.

The green AND orange hammer corals are about as colorific as Euphyllia coral species can get, but there’s also a wide range in how noticeable both the orange and the green colors are. Sometimes you get a green hammer with hints of orange, sometimes it’s an orange hammer with hints of green, but once in a while the coral collectors get lucky and score a vivd orange and green hammer coral like in this example from Salty Pets.

This might be one of the most epic #HammerCorals we’ve ever seen – green tentacles, orange ‘hammer’ tips and almost black oral disc! @salty.pets.australia definitely set the bar for #Euphyllia with their display at #ReefStockAustralia and everyone oohd and ahhd this specimen. #reefbuilders #reefstock #fimbriaphyllia #LPScoral

What makes this particular orange and green hammer coral special is that not only is the color very well defined, but when the polyp is completely expanded it reveals an oral disc that is almost black! If you’ve seen any corals on a black background then you know just how much it makes coral colors pop, and Salty Pets’ exquisite Euphyllia ancora has that dark backdrop built right into its presentation.

The odd part of this coral is that its appearance changes quite a bit from fully open to only partly open, as when the tentacles are even partly retracted they all but mask the black oral disc. As nice as these photographs may be, it’s very hard to edescribe how much this particular coral stands out in a tank full of bright orange hammer corals.

The combination of orange and green is vivid enough but the more the polyp expands and the tentacles extend, the more you can see the dark interior that makes this coral a very special find. Unfortunately this particular hammer coral strain has only been documented twice, both times as an ancora wall hammer so propagating this coral is possible, but won’t be nearly as easy as branching Euphyllia paraancora. 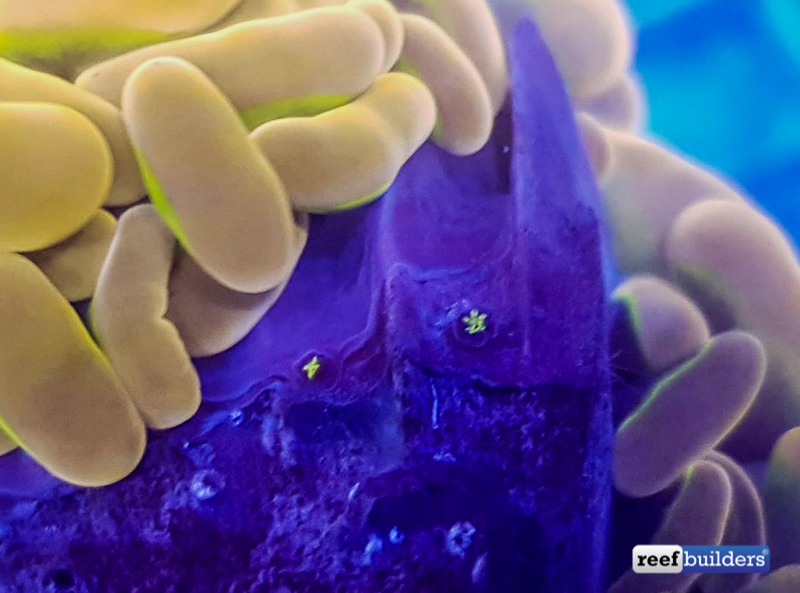 With the current value of torch corals going full supernova, you could realistically sell the teeny tiny baby corallites already starting to bud off the sides of this solitary hammer corallite. Whether it’s slated for coral culture or winds up as a show piece in a high end coral collection, the spectacular orange, green & black hammer coral found by Salty Pets is just one more Euphyllia color for us to be on the lookout for.

The First Official Statement on the Coral Ban from the Indonesian Fisheries Dept.

Top 5 Reasons to Love Biota's Rabbitfish in a Reef Tank