Yellow tangs have piebalds, scopas tangs have koi variants, and now it seems that the highly desirable gem tang has its own variant called the Barcode gem tang. The barcode Gem tang is a special variant of the gem tang that we’ve seen only once before from Marine Collectors and through persistence and a keen eye, they’re the first company to come across a second one.

Where a typical gem tang is black with a series of small white spots that are almost dashes, like the name implies, the barcode gem tang has a region where the spots and dashes coalesce into a varying degree of lines on the sides of its body. The general appearance and motif is not unlike a regular spotted gem tang, but once you’ve seen a large number of the now widely available gem tangs, the barcode gem tang is something truly quite different.

It’s hard to know what is the cause or origin of the lined pattern in the barcode gem tang. Related Zebrasoma species like the scopas, sailfin and sometimes purple tangs showing a degree of lines in their appearance, it’s not a stretch to believe that the lines of a barcode gem is simply part of their genetic variability.

Additionally, it’s also not outlandish to imagine that the barcode gem tangs are a ‘backcross’ with a scopas x gem tang hybrid, so a 25% Zebrasoma scopas pedigree. There are surgeonfish fans and then there are Zebrasoma aficionados, ourselves included, who would love to see how the lines of the barcode gem tang develop as it grows larger and matures. [Marine Collectors] 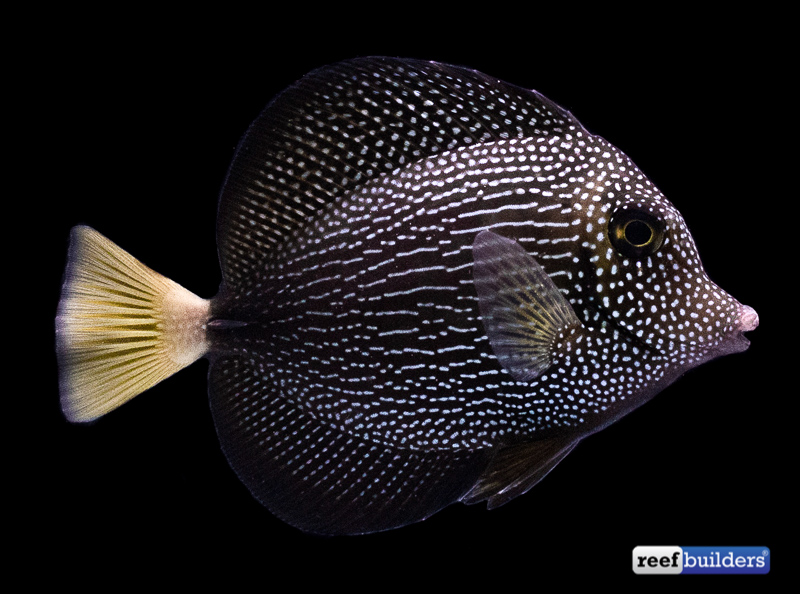