The new Super Actinic LED Clusters just announced by Illumagic are certain to appeal to a certain cadre of reefers who just can’t get enough blue light. If you think the Windex look is not blue enough, these Super Actinic clusters for the Illumagic Blaze X lights is about as blue as we possible know how to make reef lights with our current technology. 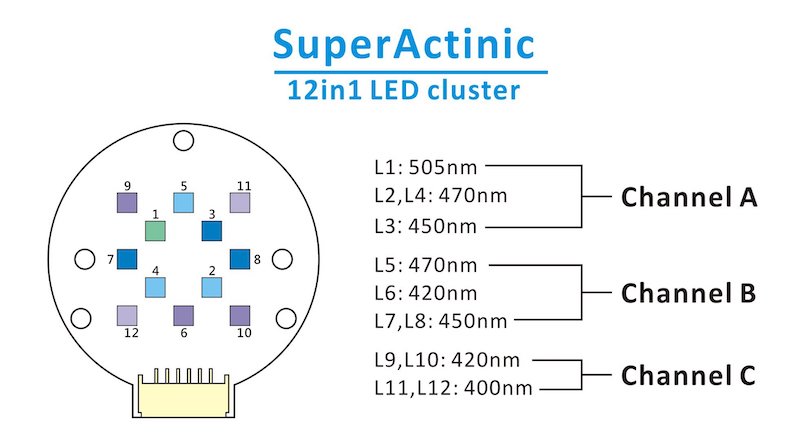 The new Illumagic Super Actinic cluster now includes five different blue LED colors which are grouped into three color channels we’ll describe as blue, bluer and bluest. We actually like how Illumagic describes their distribution of blue LEDs on the three channels of this cluster so here it is in their own words:

Channel A is composed of 450, 470 and 505nm LEDs with an average spectrum peaking at 470nm. This channel is beneficial in stimulating the synthesis of yellow and orange colored fluorescent proteins within the corals.

Channel B is composed of 420, 450 and 470nm LEDs with an average spectrum peaking at 450nm. This is the typical blue light spectrum that is also most favorable for viewing the beauty of the corals.

Channel C is composed of 400 and 420nm LEDs which is a strong and effective light spectrum. 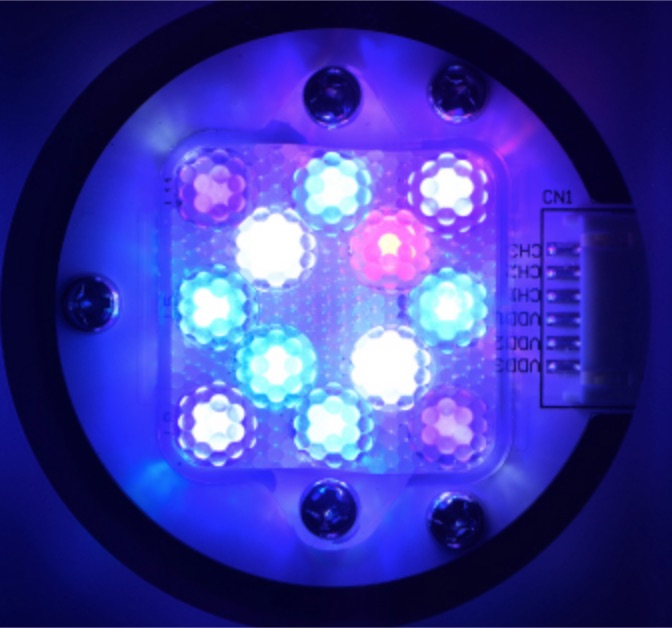 Initially the replacement clusters of Super Actinic LEDs are expected to retail for around $44 a piece and are easily swapped out from the fixture with basic tools, and you also have the added flexibility of using the innovative soft silicone lens as well. The supply will be extremely limited to start while Illumagic satisfies samples for a global market but eventually you will also be able to buy the Blaze X fixture completely populated with the new Super Actinic spectrum.

See also  Build your own aquarium canopy with Illumagic

If you’re in Shanghai for the annual CIPS conference be sure and stop the combination Dalua and Illumagic booths to learn more about the new Super Actinic LED cluster and their current and forthcoming product catalog. 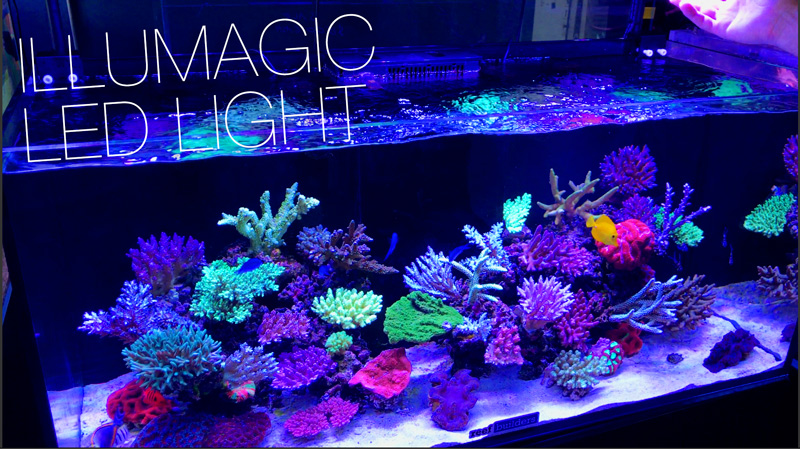