There once was a time when wholesalers were not much more than middlemen, receiving shipments of livestock from all corners of the globe and passing their newly acquired marine animals to aquarium stores. Today a new breed of wholesalers are so much more than mere merchants, many of them investing sincerely in their aquaculture and especially coral farming capabilities. 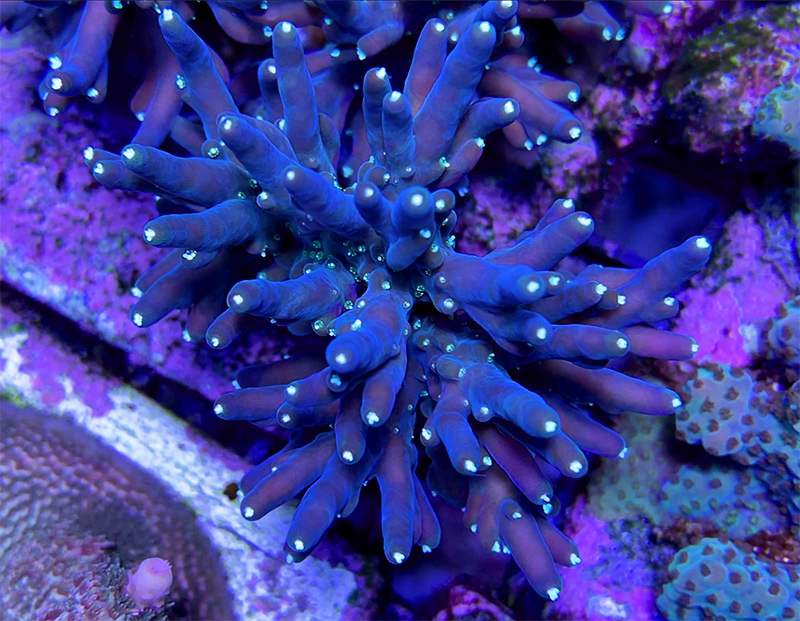 Among the forward-looking wholesalers is ACI Aquaculture which we had the pleasure of revisiting several weeks ago and more than a few choice corals caught our attention. With a significant and growing percentage of their facility being dedicated to coral farming, we were treated to some really choice broodstock colonies of small and large polyp stony coral. 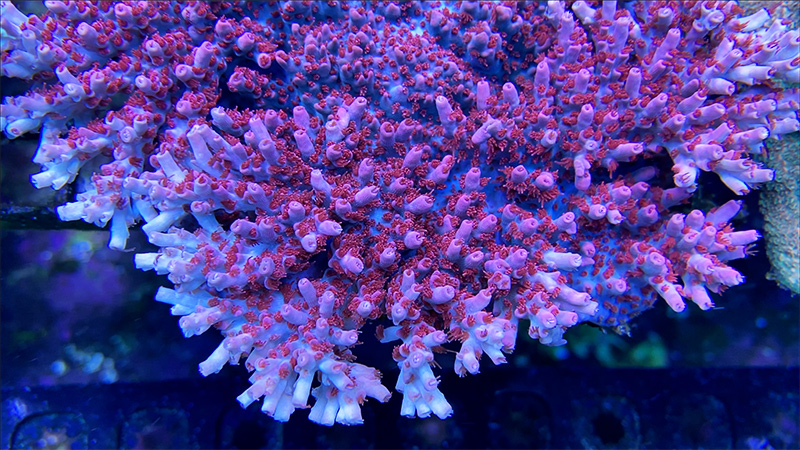 Chief among them and a major inspiration for putting together this week’s coral feature video is an exquisite colony of Acropora lokani which we just published a spotlight article on, and a semi-tabling Acropora colony that ACI calls the ‘Pink Panther’. What was especially striking about their growout tanks is the use of a generous amount of metal halide lamps coupled with T5 fluorescent lights, so no LED-induced blue light overdose, just truly healthy SPS corals.