When we first came across the ADA Power Cord S-70, we were very intrigued and excited to learn that the venerable planted aquarium company had released a moderately high tech product. Aqua Design Amano is notoriously low tech, that’s practically their entire philosophy with Nature Aquariums and freshwater planted tanks in general.

Even when they finally released a full-on LED fixture instead of just an LED strip, the ADA Solar RGB was very late to the market and included zero programming or controls. This is where the Power Cord S-70 comes in, with four programmable AC outlets and a hub of four, always-on USB outlets for accessories. With the ADA Power Cord S-70 you can control your light, the solenoid for CO2, and air pump to come on at night preventing hypoxia, and one extra plug for something like a heater or a canister filter.

Although we never had any notion that Aqua Design Amano actually built their own wirelessly controllable, programmable power strip as there’s countless models and manufacturers selling these for cheap everywhere online. We did believe however that ADA might have selected a better unit and then worked to improve the setup process through the app, or added some kind of value to this device like specialized aquarium programs in the app, anything.

Alas, the setup tutorial video above directs new owners of the ‘ADA’ Power Cord S-70 to download the Meross control app, and with the name of the manufacturer it was dead simple to find the original version of ADA’s ‘new’ product release. A few keystrokes and there we were, looking at the Meross wifi power strip for the measly price of $25.99, a quarter of the 11,000¥ (~$101) retail price quoted by ADA. 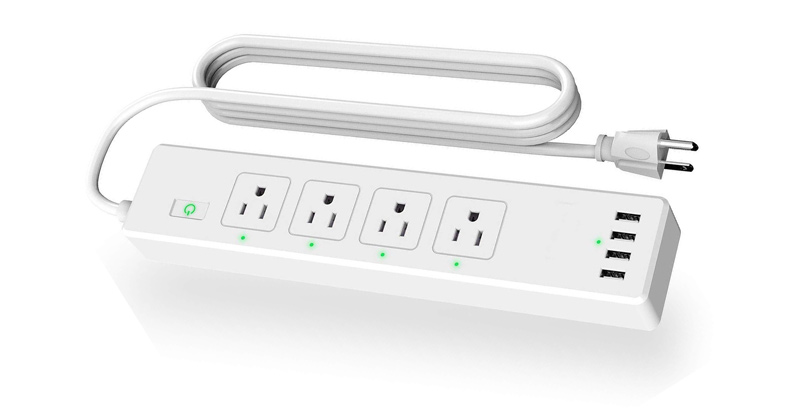 We understand that it’s much easier to modify or appropriate products that were designed for different uses but you should at least try to add some value for our aquarium applications. In ADA’s defense they are offering a metal covering that allows users of the Power Cord S-70 to be used upside down, somewhat protecting any splashing from the live outlets, but that’ll cost you another 4,000¥ or $40.

This is the kind of low-value cash grab that we expect to see from the bottom feeders of our industry, and are disappointed to learn that Aqua Design Amano, purveyors of unique glassware and bespoke heat-bonded aquariums, is not above it. [ADANA]