About a a month ago we were sent a sampler of choice Australian corals by our old pal, Zach Lin who is currently collecting corals for OceanPets in Australia. This precious cargo from the middle of the Great Barrier Reef included an assortment of corals including Alveopora, Scolies, Chalices, Cyphastrea and a particularly vivid and exciting mix of Euphyllias, especially hammer corals.

The specimen we were most excited about receiving is a tricolor Euphyllia ancora the likes of which we discovered at ReefStock Australia – dark almost black base, orange tips and green tentacles in between. But riding along with this gem of a hammer coral specimen was a nice assortment of hammer coral colors, which we decided to glue on the same tile, just to make it easier to manage and handle. 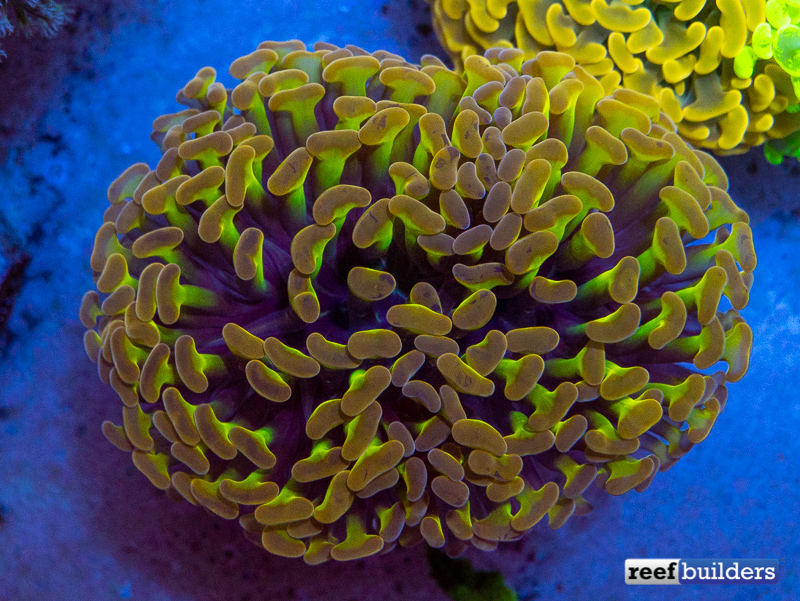 We thought we had glued them far enough apart to give their tentacles plenty of room to expand but we clearly miscalculated how large these polyps would increase in their footprint. Nevertheless, the resulting bouquet of hammer coral polyps very much looks like a living work of art, and in some angles you can’t even see the different corals, it just looks like one colony.

Huge thanks to Zach and OceanPets for sharing the coral love, we still have many more corals to feature but in the meantime, we are really enjoying this multicolored hammer coral bouquet. 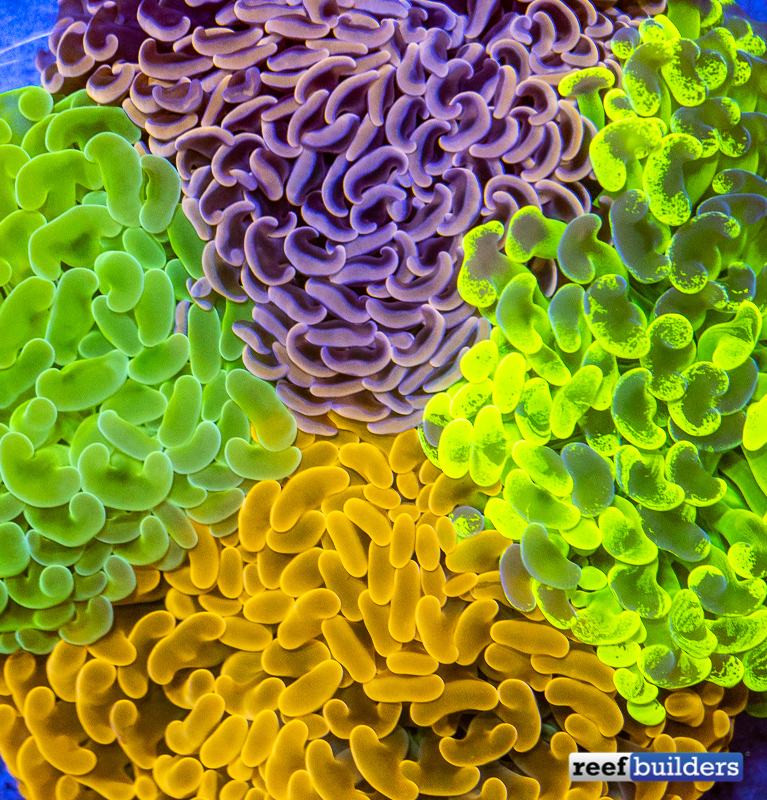 Can You Believe this Gem Tang Survived?

ReefStock Denver 2020 Is Just Over 2 Months Away!